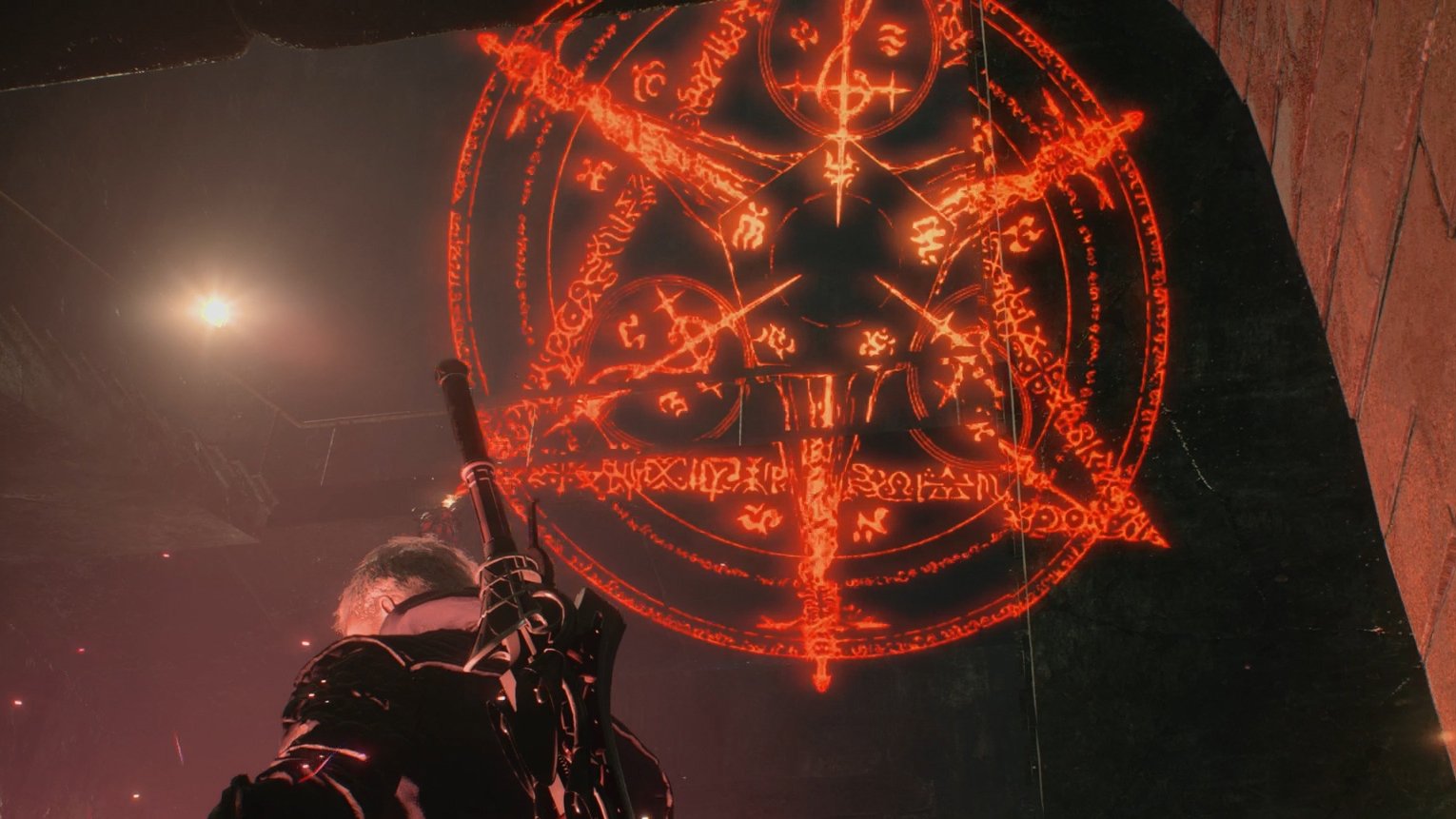 Secret missions are mini challenges that are hidden throughout Devil May Cry 5’s main story. A secret mission is highlighted by a red, runic marking on the wall and once unlocked, can be played from the main menu. Actually finding and unlocking the secret missions can be tough, so we’ve simplified the process.

There are several secret missions to be unlocked in Devil May Cry 5. All of these missions vary in difficulty from surprisingly easy to extremely challenging. Most of these missions utilize a time limit or challenge that requires upgraded skills, so unlocking and using good skills and abilities is recommended.

To unlock a secret mission, find the red markings and then stand in the spot so that the symbol is whole. The correct spot will be highlighted by a red beacon, though its location won’t always be easy to find. The reward for clearing a secret mission is a blue orb fragment, an item that increases the maximum vitality by one block when four fragments are joined together.

This secret mission is found during mission 2 when playing as Nero. After walking down a long hallway, tendrils will erupt through the floor and walls, blocking the path but destroying the wall. Enter the bedroom to see the markings on the wall. Find the red glowing spot beside the bed and find the right angle.

Challenge: Eliminate all the demons in 90 seconds.

This secret mission is located in the sewers of mission 3 when playing as Nero. Locate the stairwell with the floating Grim Grip and descend to the bottom level. Stand in the doorway and look up toward the roof to spot the markings.

Secret mission 3 can be found during mission 4 when playing as V. After crossing the bridge, collect the Nidhog and move into the next area. Once in the city street, use the Nightmare ability near the building with the large graffiti to break the wall down. Jump into the building and head out the back to find the second Nidhog.

Fight through the streets to find the place where the Nidhog hatchling is used, use it and then use the second Nidhog on the left. Climb up the building to the top and look down toward the street to find the secret mission markings.

Challenge: Collect all the red orbs.

Secret mission 4 is found during mission 5 when playing as V. Fight through the level until you drop down to a yellow truck. While standing on the yellow truck, summon Nightmare to smash through the wall in front of the vehicle. Defeat the enemies and then climb to the top of the yellow stairs and look over the railing to spot the secret mission marker.

Challenge: Eliminate all of the demons without a taking a hit.

This secret mission is found during mission 8 when playing as Nero. Locate the second waterfall elevator and ride it to the top. Jump to the platform on the right and use the Grim Grip orbs to reach the balcony. Drop down to the outside platform, stand in the center, and look back at the window to spot the markings.

Challenge: Get to the end without touching the ground.

Secret mission 6 can be found during mission 9 when playing as V. Fight through the level to where you must descend down into a cavern, you will likely see the red markings on the ground signifying the secret mission. Look at the roots blocking the path and summon Nightmare to break them. Walk up the stairs at the back and look toward the doorway to activate the secret mission.

Challenge: Eliminate all of the demons in 20 seconds or less.

Another secret mission can be found when playing as Dante in mission 10. Continue through the level until you enter a room with two irising doors on either side. One door will contain a gold orb and the other leads up to a secret mission.

This secret mission can be found in mission 11 when playing as Dante. Continue through the mission until you have to destroy a red blood root. Enter the next area and jump up into the building then down to an open room with a checkerboard floor where another root must be destroyed. Jump back up into the building to find the marking on the wall.

To find this secret mission, play through mission 12 as Dante to where the statue in the blood fountain opens. Descend into the caverns below the statue and follow the path along until you reach the rock steps. Jump up the steps, you will likely see the markings already, turn around and jump over to the ledge and face the markings to spot the secret mission. You may require the Air Hike skill and the Trickster dodge to reach the ledge.

Challenge: Stay in the air for 15 seconds.

This secret mission is accessed when playing as V during mission 14. Follow the path along to the second blood root and destroy it. Walk into the little dead-end where it was to find the red beacon, turn around, and aim up at the roof to find the markings for the secret mission.

Challenge: Get to the goal without touching the ground.

Secret mission 11 is found during mission 15 when playing as Nero. When you get to the divine statue shop, there is a path behind it that leads down to a jumping puzzle gauntlet. Use the Gerbera Devil Breaker to boost up the steep inclines and across the gaps. Stick to the right-hand path and once at the very top, stand on the little outcropping and look up toward the roof to spot the secret mission markers.

Challenge: Race to the finish.

The final secret mission is located in mission 16 when playing as Dante. This one is difficult to locate as it is found down one of the many holes in the level. Look out for the lizard demons that spawn, specifically the one that can teleport, after defeating those, the secret mission is found down the next hole. Jump down a couple of ledges, stopping at the one that crumbles away. Jump over to the crumbling ledge, go past the red orb statue, and then drop down to the left to find a little cave. Stand in the cave and aim out to spot the red markings.

Exploring each mission thoroughly is vital to tracking down all of the secret missions in Devil May Cry 5. Though this might be a bit difficult at first, the real challenge comes with trying to beat each one. However, it’s worth the time perfecting and beating the secret missions, as each one rewards a valuable blur orb fragment.