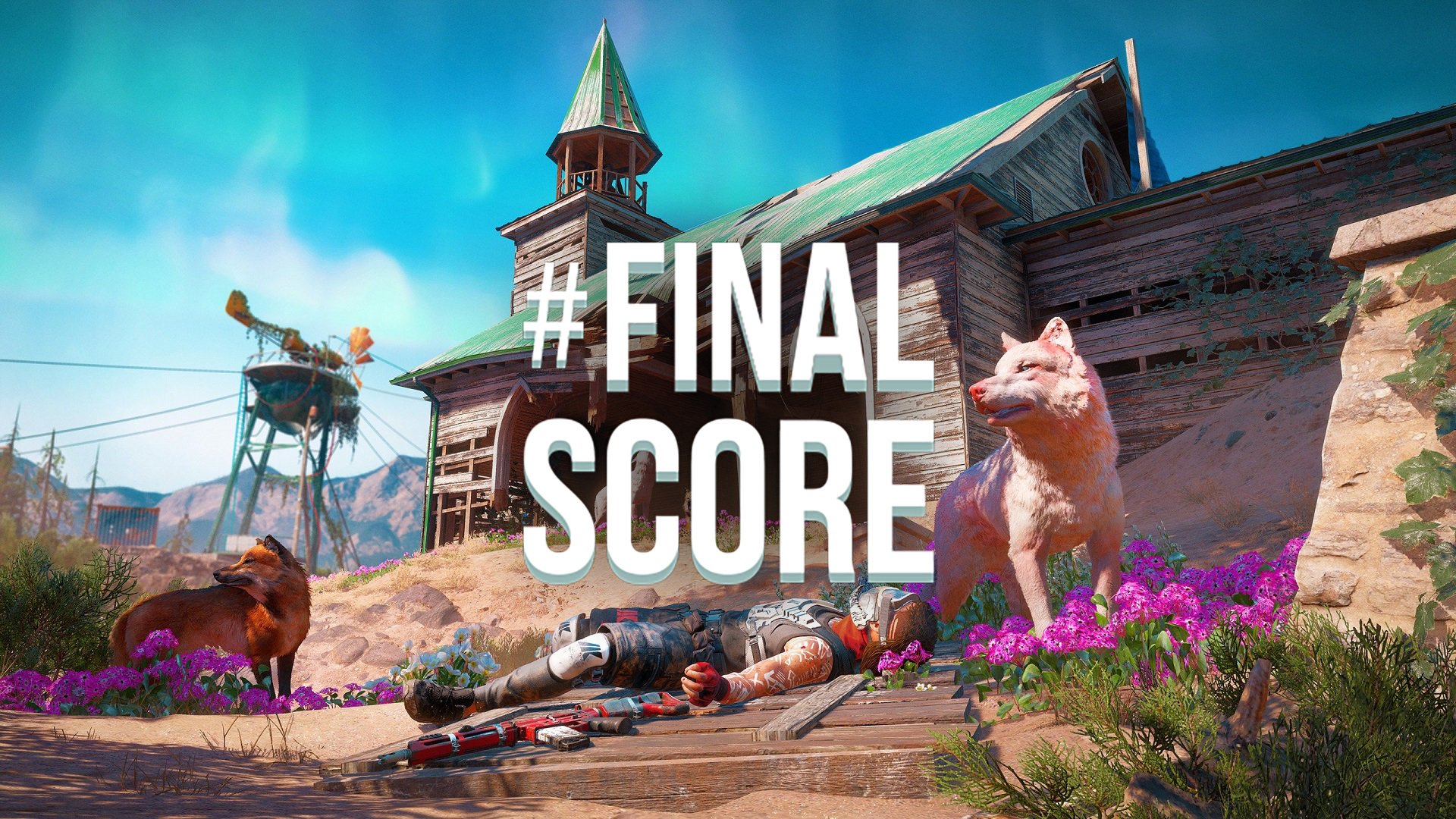 February is filled with blockbusters this year and it may be difficult to determine which of them is worth the consumer's hard-earned dollar. Today, Shacknews continues looking through the latest batch of AAA releases by checking out the newest entry in the Far Cry series.

Far Cry New Dawn came somewhat out of nowhere, first unveiled during December's Game Awards. Just a few short months later, it's out and in consumer hands, but is it a worth entry in the Far Cry series? Today, we revisit the Shacknews review and put it alongside reviews from across the gaming world. Beyond major outlets, we're also checking in with platform-specific reviews and adding their thoughts. Take these opinions and make your own choice whether it's worth paying Hope County a visit.

Shacknews 7/10: "Ubisoft brought many of their strengths to the table in Far Cry New Dawn. The gunplay, sights and sounds, and environmental storytelling were great. I’m not sure the light RPG approach worked and would have loved to see more consistency throughout the narrative and from the characters that presented it. Far Cry New Dawn did provide me with a sense of closure in Hope County, and the highs outweighed the lows, but ultimately it left me craving a more complete experience."
-Bill Lavoy

Game Informer 7/10: "If you're a longtime fan who is simply looking for more Far Cry, let me save you some time: New Dawn delivers all of the enemy-laden outposts, gory stealth kills, manic co-op, and compulsive item collecting that you're used to, and the gunplay is still rock-solid. This entry is still fun, but if you're looking for a game that moves the formula forward in interesting ways, New Dawn's changes rack up more misses than hits."
-Jeff Mawchiafava

Gamespot 6/10: "There's a lot of potential in the ideas seeded in New Dawn, but there isn't enough room for many of them to breathe and feel fully realized. Not the post-apocalyptic theme, not the RPG mechanics, not the weapons, vehicles, plot, or characters. Advancing through the adventure is an enjoyable experience, especially once you get your superhuman powers, but this is largely because Far Cry 5's combat and progression models remain compelling enough to propel you forward. For its part, New Dawn is a palatable but unremarkable spin-off that feels like it could have achieved so much more."
-Edmond Tran

PlayStation Lifestyle 8/10: "Far Cry New Dawn is definitely another Far Cry game, though the changes it makes to keep everything feeling fresh are intriguing. a very light RPG touch makes much of the typically repetitive content feel new with a difficulty curve that will challenge how people play. While it can be played independently, Far Cry 5 and New Dawn together create an interesting story package featuring some great twists, turns, and betrayals of the player (even if those pesky convenient macguffins keep coming into play). Coming less than a year after 5, New Dawn does retain some of the sins of its predecessor, but it still managed to make enough new inroads to keep me hooked until the end."
-Chandler Wood

Xbox Achievements 80/100: "If you've played any of the Far Cry games, you'll have a good idea of what to expect from New Dawn, and if you've finished Far Cry 5 (we'd recommend that you have before playing this, as it is a direct continuation) you'll enjoy revisiting old haunts and uniting with familiar faces years on from the 'Collapse', when the bombs dropped and irreversibly altered the landscape of Hope County. There's actually an array of new stuff in New Dawn, mostly under the umbrella of its 'light RPG' mechanics that will cause you to rethink your approach to how you tackle enemies and outposts."
-Richard Walker

PC Gamer 7/10: "You'd think a nuke being dropped on Montana would have changed it somewhat, but Far Cry New Dawn's post-apocalyptic version of Hope County is essentially the same one we know from Far Cry 5. Once again the locals are being terrorized by armed gangs speeding around in infinite trucks while furious bears and homicidal turkeys leap from the bushes to claw at anything that moves. New Dawn adds a couple new twists to the series' formula—at times you can leave Montana to visit other states—but nothing to make it feel like a wholly different game. This is Far Cry 5 again, just on a smaller scale and with more pink flowers."
-Christopher Livingston

Waypoint: "Everything this game does, at least one other game does so much better alone or in combination. Any of the three Bethesda Fallout games do post-apocalyptic narratives better (yes, even 4). They have richer environments, and characters with real personality, storylines that can be altered by player choice. Or there’s also Metro, which is getting a release on the same day as New Dawn, and is probably a more competent shooter, with undoubtedly a more interesting take on the return to the post-apocalyptic surface by formerly subterranean humans. If you want a game with complex verbs, and environments designed for disruption — Hitman 2 has you covered. If you want to blow things up, build a base, and get mired in the tedium of war, well there’s always Metal Gear Solid V — and that has tanks. While other games and genres learn lessons and try out new ideas, Far Cry has been left to watch an entire industry pass it by."
-Dia Lacina

Far Cry: New Dawn is available now on PC, PlayStation 4, and Xbox One. If you've already picked up this game and are looking for more, be sure to check out our full guide and walkthrough.