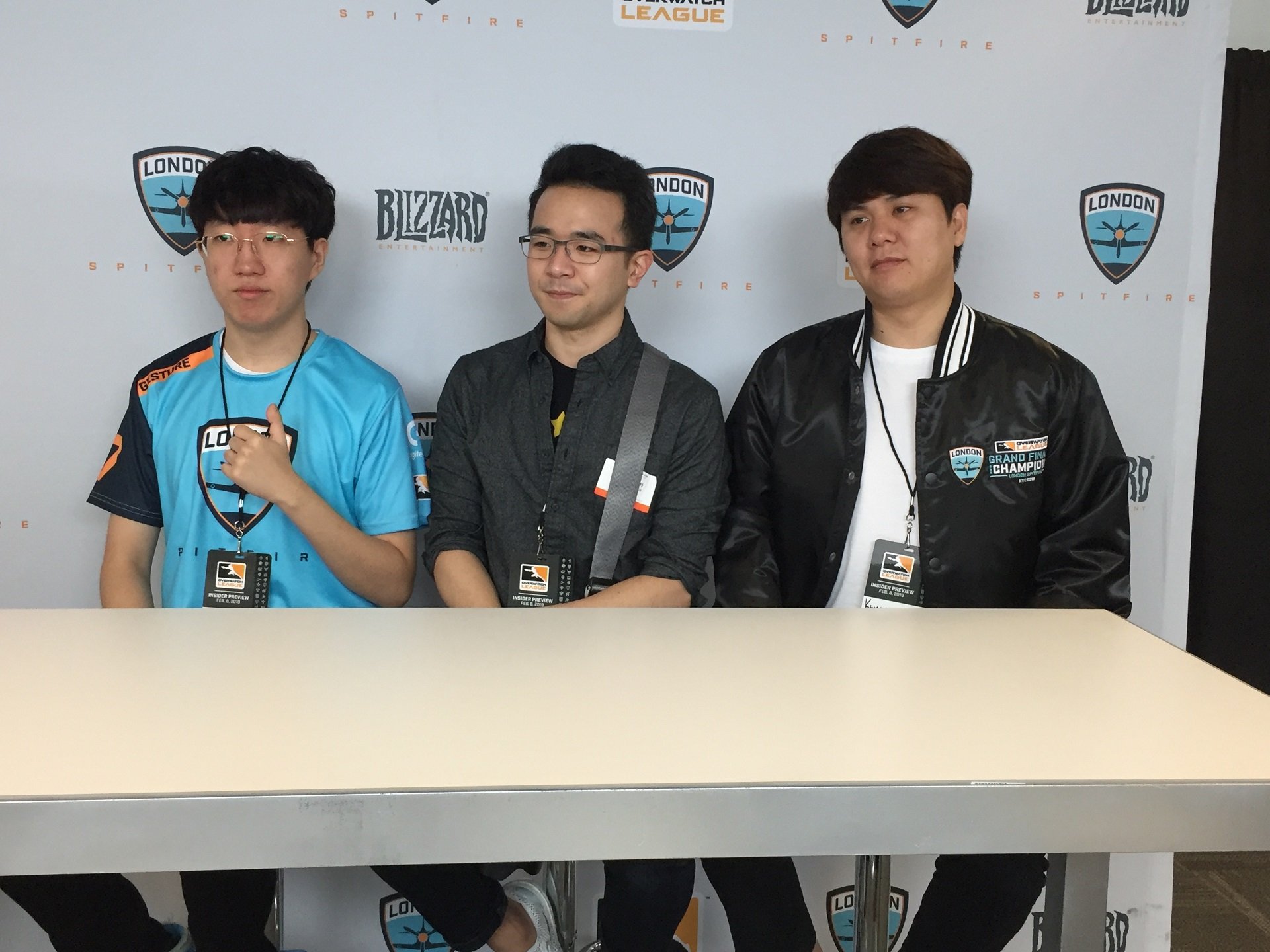 The Overwatch League begins its second season this Thursday. The field has grown more intense with the addition of eight new expansion franchises, bringing the league up to 20 teams. All of those teams will aim to take down the best team in the world. That team is the defending Overwatch League champion London Spitfire.

The Spitfire began their 2018 postseason looking rusty at the wrong end of a 3-0 Game 1 sweep against the Los Angeles Gladiators. London then went on a tear, sweeping the Gladiators 6-0 from there, and didn't look back. They only dropped one game to the Los Angeles Valiant and one to the runner-up Philadelphia Fusion and dominated the rest of the way. The Cloud9-owned Spitfire proved they were the standard in professional Overwatch. But can they keep their momentum going all the way through Season 2?

Shacknews recently attended Overwatch League Media Day and had a chance to chat with league MVP candidate Jaehui "Gesture" Hong and new head coach KwangBok "Coach815" Kim*. The topics discussed include entering the season as the defending champs, the evolution of the pro Overwatch meta, Ashe, and adjusting to the new 20-team Overwatch League.

Shacknews: What are the biggest challenges that come with winning a championship and then realizing that it's time to go back to work?

KwangBok "Coach815" Kim: For me, there's actually not too much of a special feeling to that, because I ended up winning a lot of titles with my former teams. And after the first time, it's always been that at the start of the season, we're starting from the bottom again. So nothing really changes for me too much, personally.

Jaehui "Gesture" Hong: There definitely is a lot of pressure in having to do that again. But I think as long as we try as hard as we did or even harder than we did in Season 1, we should have good results.

Shacknews: How has the team worked to keep up with the Overwatch meta in the offseason?

Gesture: In order to follow and research the meta a little bit, since two or three months ago, we ran a short two-month long boot camp in L.A. to scrim against all the teams and play the new meta. We've also been in L.A. since a month before the season began, so that we could scrim and research.

Shacknews: Has the team been working with Ashe at all and will you incorporate her into your lineup?

Gesture: I'm not really sure if Ashe is going to be used or not. The main issue that I personally see with Ashe is that compared to Widowmaker, who can one-shot her opponents, Ashe often times cannot. And that determines how the enemy teams plays around it, it dictates that a lot. So enemy teams don't have to be as defensive or careful around Ashe and I think that's one of her critical issues at the moment.

However, if Ashe does see play, I think it'll be on maps that have control points, because her Ultimate, B.O.B., can actually touch points.

Shacknews: Coach, the team brought you aboard in the offseason. What's been the biggest challenge in taking over a championship team?

Coach815: In my experience in coaching overall, I've generally gotten to pick the roster from the beginning and have them start playing together. So it was definitely different coming to a team that had already been formed, where everyone had their own unique play style, the team as a whole has a unique play style. The team was already pretty efficient in my eyes. To take over that, I've been taking my team in slowly influencing the team and individual players little by little, trying to make sure the team can be formed the way I see, like in terms of my vision for the team. It's a process that takes a lot of time.

Shacknews: You've had a long history with Blizzard Esports. So I wanted to ask, what's been the biggest challenge in transitioning from StarCraft and Heroes of the Storm to Overwatch?

Coach815: StarCraft, Heroes of the Storm, Overwatch. It's RTS to AoS to FPS. The transition is not easy, definitely. But when I switch games, I generally like to take some time, maybe three to six months, and just try everything out. I'll only play that game, research everything fully, and until I'm satisfied with the way I feel and think about the game, I don't really touch anything else. As long as that transition period is done, it's generally not too difficult. It's just something that takes a little time.

Shacknews: Who do you feel is the most improved team from last season and how do you plan to prepare for them?

Gesture: I think the San Francisco Shock is probably one of the most improved teams. They made a few roster changes and I know they've been practicing really hard. When you scrim against certain teams, whether you win or lose, you can generally feel how good they are as a team. I feel like the San Francisco Shock is almost a completely different team after playing them in scrims, compared to last year.

Shacknews: Lastly, who on the Spitfire is the most improved from last season?

I would say NUS [Jongseok Kim]. Whenever we practice, he's always giving his 100 percent. And seeing his VoD reviews on the side and everything, I can see that he's trying really hard. It's good to see him constantly trying and also improving.

The Overwatch League's second season begins this Thursday, with the London Spitfire taking on the Philadelphia Fusion in a rematch of the 2018 Overwatch League Grand Finals. For more on the Overwatch League, be sure to check out our recent coverage, including what to watch for during opening week. And don't forget to brush up on the Season 2 rosters.