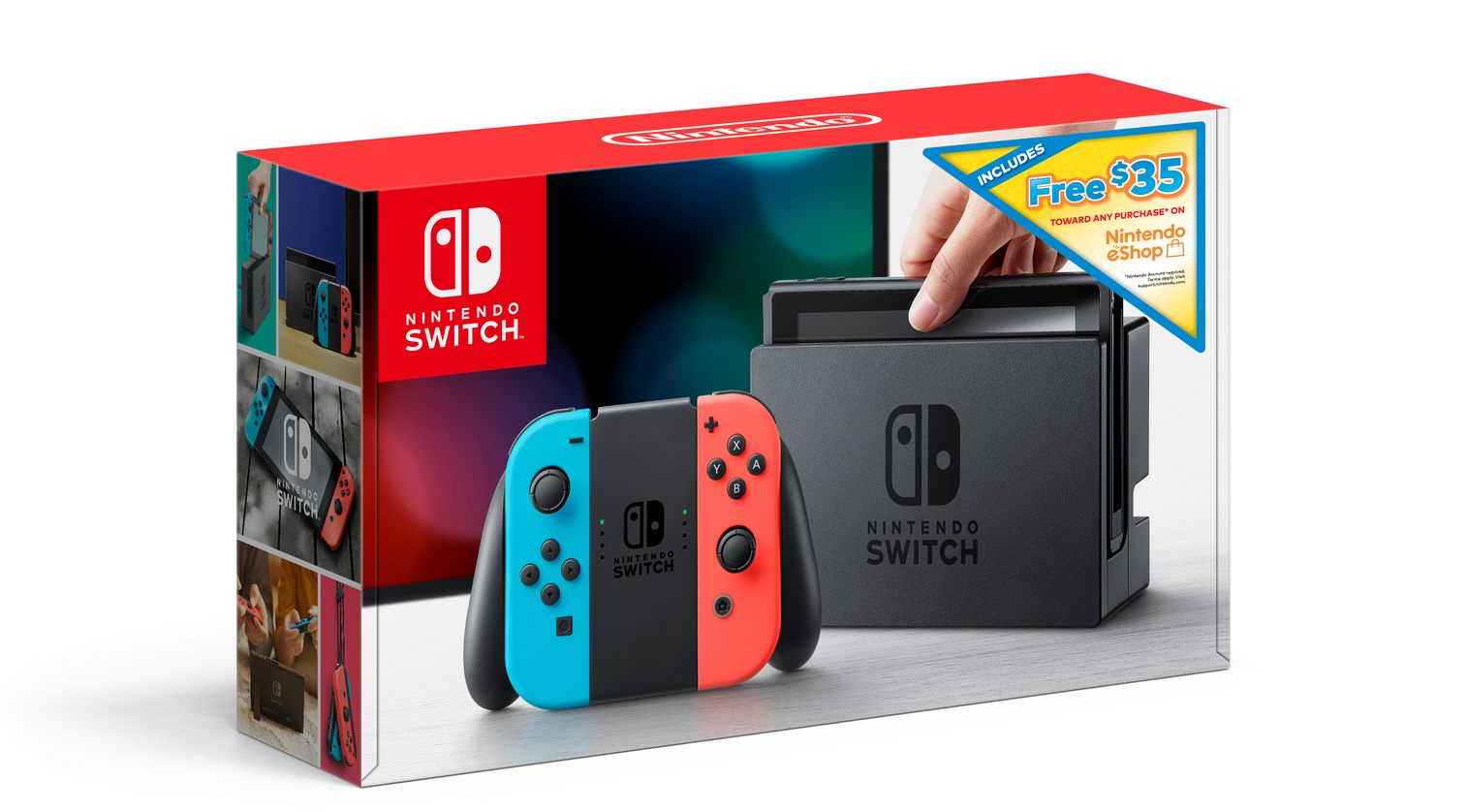 A brand new Nintendo Switch bundle is hitting rotation in retailers. Starting on February 15, 2019, the Nintendo Switch will be bundled with a $35 Nintendo eShop credit download code. The bundle will be available at the suggested retail price of $299.99.

“We wanted to make it easier for consumers to purchase their first game after picking up a new Nintendo Switch system,” said Doug Bowser, Nintendo of America’s Senior Vice President of Sales and Marketing, in the press release for the bundle announcement. “New Nintendo Switch owners can explore Nintendo eShop and use the bonus $35 credit toward the purchase of a game that’s perfect for them.”

When new users grab their console, they'll have a few funds but a tough decision to make. The Nintendo Switch has a strong gaming library, from quality first-party titles exclusive to the platform to new and older third-party titles that they may enjoy playing on the go.

One of those choices could be the Nintendo Switch port of Final Fantasy 7, which should arrive on the platform very soon. Even if you go ahead and burn all of it on Super Smash Bros. Ultimate, you can get free-to-play action game Warframe and start building up your Tenno so you can access the newly released Fortuna expansion. Don't forget to check out the Nintendo Switch Online service so you can play some classic NES titles with your subscription as well.

Nintendo Switch sales should continue at a strong clip for the time being, but the company may be planning to put some new blood on the market for the those focused on taking their Switch out of the dock and away from home. There are rumors that Nintendo is working on a smaller Switch and it will cut some features to drop the device's price and be more portable.

The Nintendo Switch eShop credit bundle goes live February 15, 2019, and you should be able to find it at all major retailers. Stay tuned to Shacknews for additional gaming and tech updates.