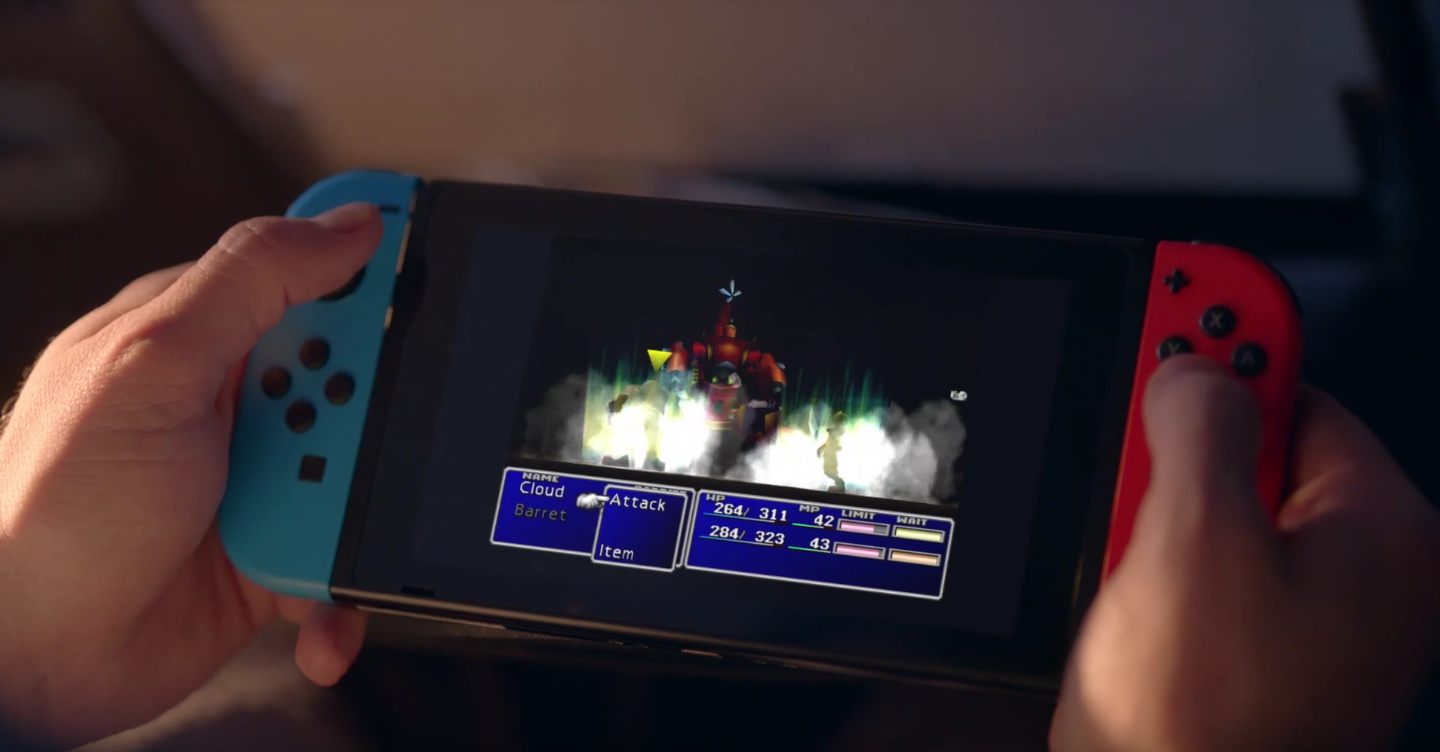 Final Fantasy 7 coming soon to Switch, according to Nintendo

Nintendo dropped a little bit of surprise in their latest ad. In the "Nintendo Switch My Way" YouTube video, the company spotlights a man playing Final Fantasy 7 on his flight and then battling his kids in Mario Kart 8 Deluxe. As most know, Final Fantasy 7 is not available on the platform yet, but the trailer's description says the game is "coming soon."

In the trailer spotted by Wario64, the man playing Final Fantasy 7 makes the classic mistake of attacking the game's first boss when its tail is up, sparking the "Tail Laser" counter-attack. Unfortunately, "soon" is all we know about when everyone else will get a chance to make this mistake on the Nintendo Switch.

Final Fantasy 7 follows lead character Cloud Strife, a 1st class member of elite fighting force Soldier who joins eco-terrorist group Avalanche. In the pursuit of stopping Shinra, the corporation Cloud previous worked for, he, Avalanche, and a ragtag collection of characters unravel the company's dark history. Square-Enix and Nintendo revealed in September 2018 that Final Fantasy 7, 9, 10, 10-2, and 12 would all be coming to the hybrid console. Final Fantasy 10/10-2 heads to the Switch on April 16, 2019, followed by Final Fantasy 12: Zodiac Age on April 30, 2019.

World of Final Fantasy Maxima and Final Fantasy XV Pocket Edition HD are a couple of the other Final Fantasy-related experiences already available on the Nintendo Switch. Regarding Final Fantasy 7, there's also a long-awaited remake in the works for PS4. It's a long way out, but Tetsuya Nomura has said "development is progressing favorably" for the Final Fantasy 7 remake.

Check out our 2019 video game release date schedule to take a look at what other games are coming to Nintendo Switch and other platforms in the near future. Stay tuned to Shacknews for additional gaming and tech updates.