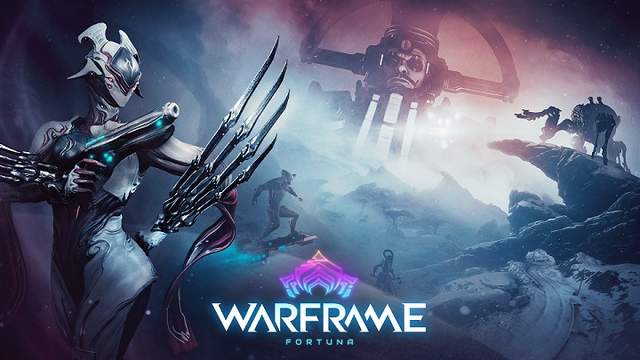 Warframe players on Nintendo Switch will finally have a shot at seeing the latest expansion, Fortuna, as of tomorrow.

Fortuna is hitting Nintendo Switch for Warframe enthusiasts as of Tuesday, February 5, so better get some rest tonight and wake up bright and early to tackle it. The expansive landscape will unite Tenno to speed along the frozen tundras via K-Drive Hoverboard, cut down enemies like the spidery Raknoids or even face off against the Corpus faction.

The free expansion introduces players to plenty of new content, including the titular underground hub city of Fortuna, the surface of the Orb Vallis, and a lineup of other peculiar characters. The K-Drive Hoverboard lets players pull off sweet tricks on the Venusian landscape like they were playing a Tony Hawk game, too, which sounds totally awesome by us.

But there's much more beyond that. The Corpus occupiers in-game, led by Nef Anyo, will introduce new weapons, systems, and facilities as well as a spaceport, research facility, and Nef Anyo shrine. If you're looking for a new Warframe, you can swoop into the Garuda, which offers health-based abilities to wreck your opponents' world while empowering you to save animals that are going extinct, gather minerals, fish, and do tons more – all from the comfort of the planet Venus.

Our own Blake Morse went hands-on with Fortuna, and if you haven't had a chance to check it out just yet, you'll want to see what he thought back in his preview. It's already available for players on other platforms, but now Switch owners can jump on the bandwagon tomorrow. And if you're unsure about jumping in, take it from us: you'e going to want to for one huge reason alone.

Warframe has poop, and it isn't afraid to use it. Seriously, check it out.