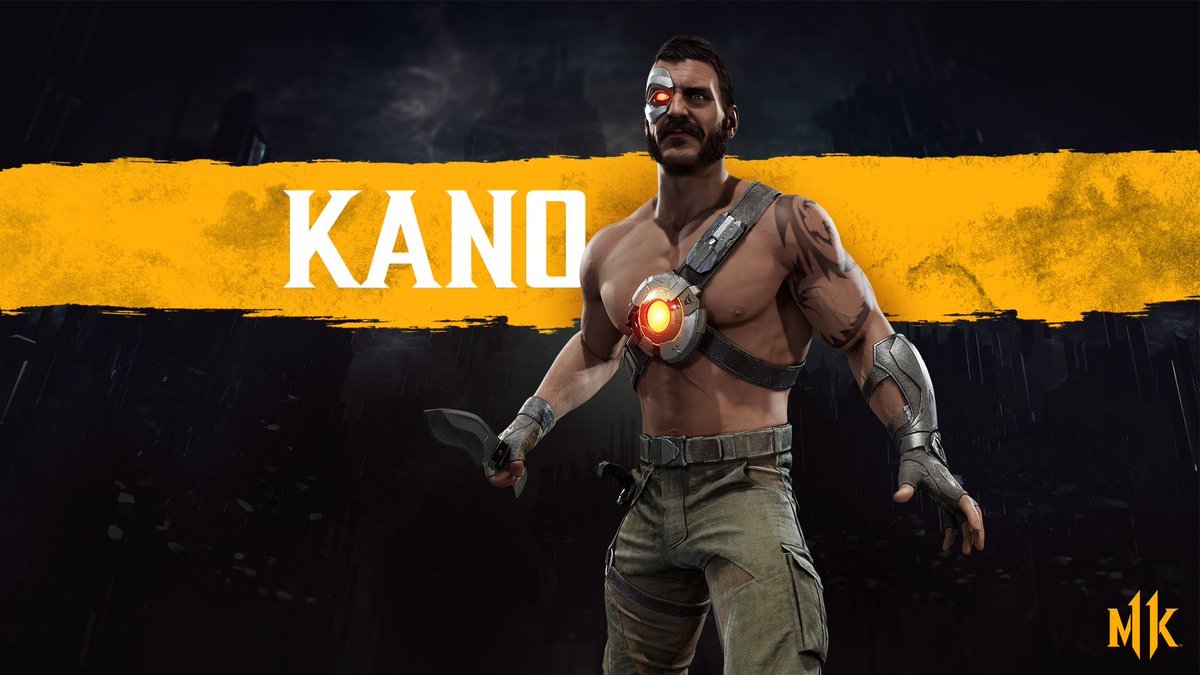 Mortal Kombat’s roster of characters continues to expand as Kano joins the ranks of fighters looking to rip someone limb from limb. Revealed today via the official Mortal Kombat 11 Twitter account, the selfish Australian character will be reprising his role as the powerful leader of the Black Dragon mob.

There has already been quite a few reveals in the lead up to Mortal Kombat 11’s release, and Kano is just one more old school fighter that players can scratch off their wishlist. A quick trawl through the tweet shows that players have quite a few more fighters they wouldn’t mind seeing, including Jade and Mileena. Expanding the roster to include as many fighters as possible is no doubt a goal, but chances are a few might slip through the cracks.

One of the more peculiar “fighters” players want to see included in MK11 is Scooby Doo’s Shaggy. I’m really not too sure how the weedy paranormal investigator fits into the fight-to-the-death style, but the heart wants what the heart wants.

How Kano’s inclusion in Mortal Kombat 11 affects the story is yet to be seen, though our own Ozzie Mejia has done an impressive write-up of what to expect from MK11’s Story Mode. No doubt the Aussie cutthroat will bring a little bit of charm and larrikin goodness to the bloodied halls of any arena.

Though officially confirmed through Twitter, Kano was first revealed on a stream in Brazil. No footage of Kano fighting was shown, however, players in Brazil will be pleased to know that an exclusive skin is coming their way. To the layman this skin might look like some kind of pirate, in actually it is a Cangaçeiro skin, a reference to the late 19th century in Northeast Brazil where people rose up against their government.

There’s still a couple of months left before Mortal Kombat 11 releases on April 23, so there’s a good chance we’ll be seeing more reveals like Kano before then. Be sure to check out the Shacknews Mortal Kombat 11 home page for more breaking news.