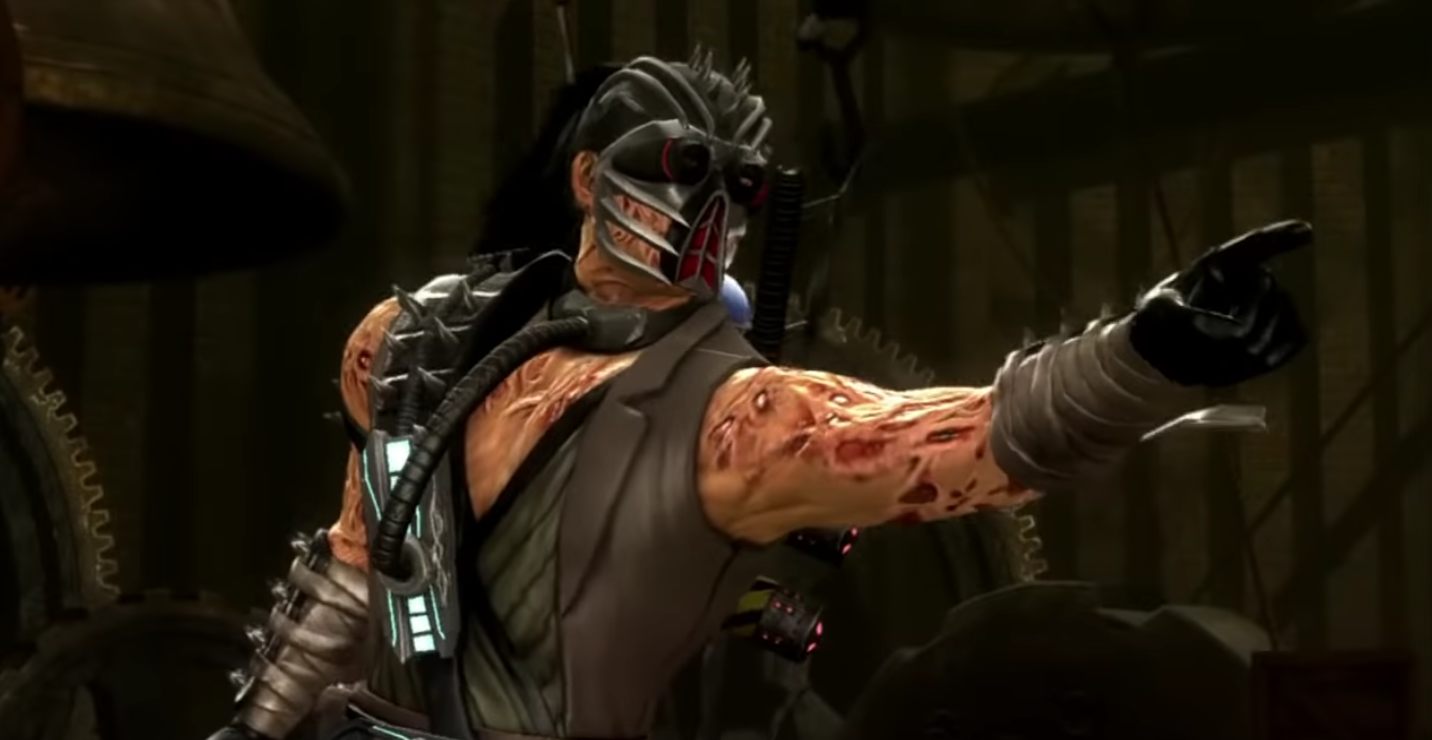 The brutal gameplay debut for Mortal Kombat 11 has come and gone, but an exceptionally fast tease may have been missed by viewers. During a dialogue about between the team on stage, a character flew by the static Mortal Kombat 11 logo.

Kabal has apparently been teased for MK11, more info coming during the Kombat Kast on January 30 pic.twitter.com/COEgUniQoh

In the clip above, Kabal races across the screen as the two presenters discuss an upcoming Kombat Kast stream and it is said that he won't be discussed until January 30, 2019. There have only been seven characters revealed at this point, so Kabal could be a part of the launch roster. It would make him the third character, along with Baraka and Skarlet, to return to the series after skipping the Mortal Kombat X.

Kabal originally debuted in Mortal Kombat 3 and made an appearance as a non-playable character in MKX. He was playable in 2011's Mortal Kombat and is known for his hookswords and incredible speed. He can blast past enemy players, leaving them spinning and open to a flurry of attacks from his weapons of choice.

Kabal would join a roster featuring, so far, Sonya, Baraka, Skarlet, Scorpion, Sub-Zero, Raiden, and newcomer Geras. There's surely a lot to be revealed as we get closer to the launch date, so share in Chatty who you'd like to see make the launch lineup for MK11. The gameplay reveal also featured the official Mortal Kombat 11 story prologue trailer, showing off the beginning of a brewing conflict between Raiden and Kronika, the Keeper of Time. Geras is a new character to the series and, in his gameplay reveal, he has time manipulation abilities, so he could be a part of Kronika's plans.