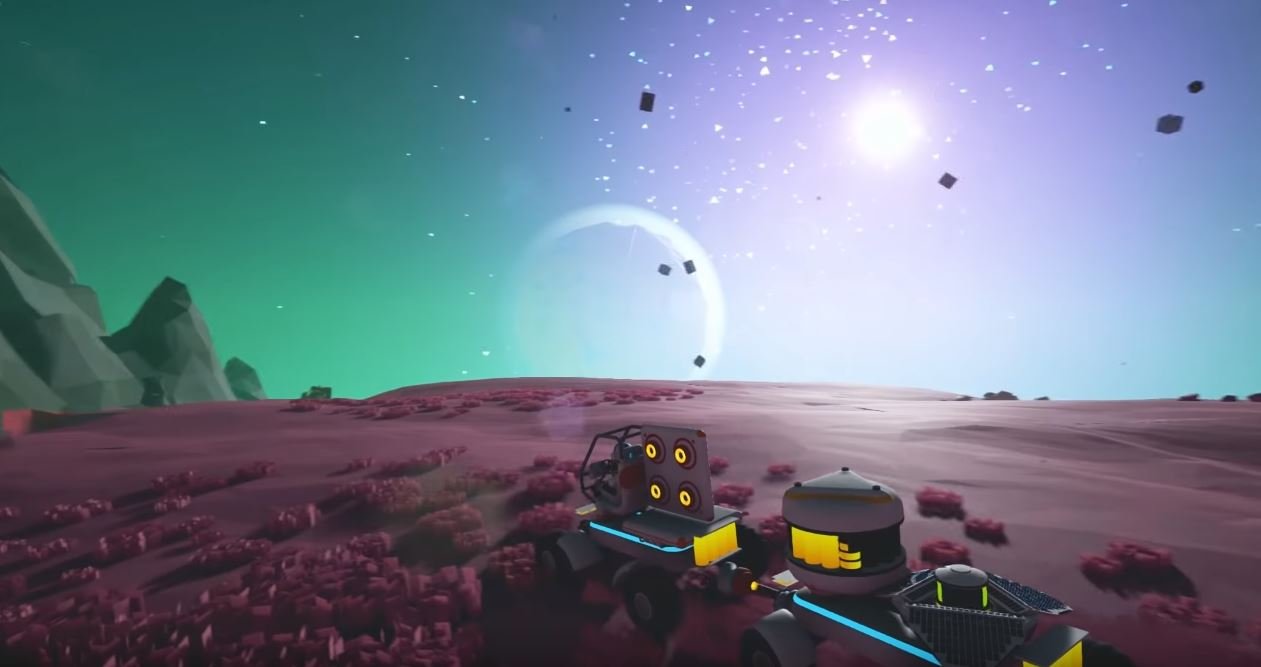 Witness the evolution of Astroneer in this all-new trailer

A game can appear wildly different at the beginning of its development life compared to the weeks before it launches. For Astroneer, the upcoming outer space exploration adventure, this could not be more true. System Era Softworks, the team behind Astroneer, has assembled a new trailer that captures the evolution of the game from its earliest prototype stages all the way to how it looks today as it prepares for liftoff into version 1.0.

The video opens with a few short glances at Astroneer from when it still carried the name Astro. Originally built on the Unity engine, the game then slowly evolved into a prototype known as EXO. You can see the primitive versions of terrain deformation and base building that would go one to be the calling card for the game. Later on in the development cycle, the team moved the project to Unreal Engine 4, where the game made a massive leap in visual quality, particularly in the lighting department.

Not longer after the project was shifted to Unreal Engine 4, the team at System Era chose to release Astroneer via Steam Early Access and the Xbox Game Preview Program. In December of 2016, the world got its first taste of adventure on a galactic scale when the game went on sale at a discounted rate.

Through the next two years, the game’s environment and base building grew in complexity. During the video you can also spot the emergence of the game’s unique diegetic interface. Rather than draping the screen in HUD elements, all interactions and information are handled by items within the game world, making it easy to pick up and play.

By the end of the video, the team acknowledges the impending release set for this coming February. For more news on the big releases of 2019, keep it tuned to Shacknews.