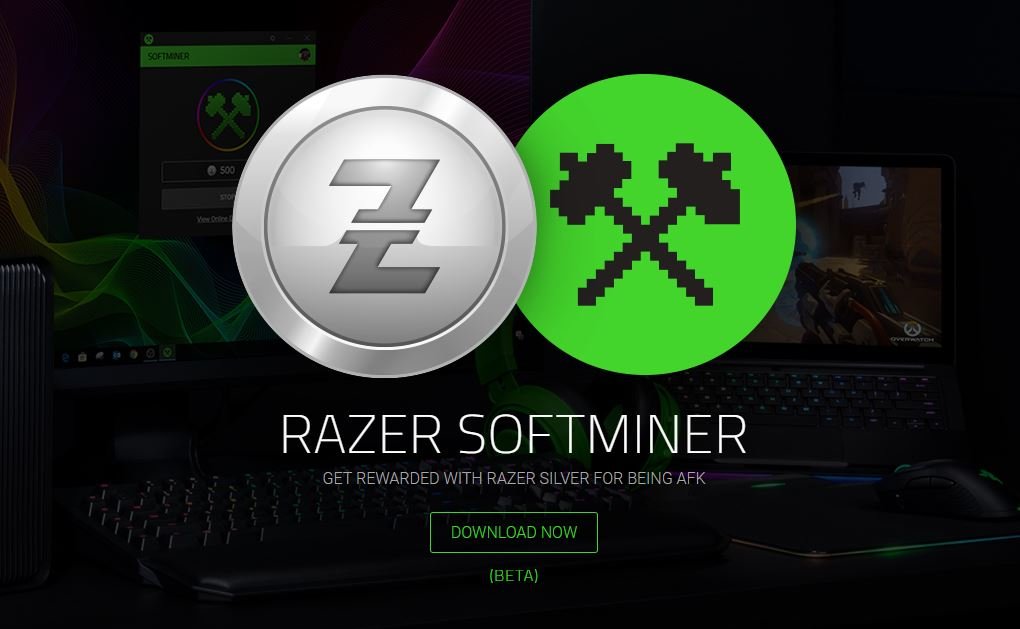 Razer should be ashamed of its SoftMiner app

The most recent cryptocurrency boom period is mostly dead after Bitcoin and its contemporaries saw a massive dive in value over the second half of 2018. Casual miners either abandoned or cut back on mining operations and hardware acquisition, allowing the GPU market to settle after a year of hyperinflation. Even if one were to have sufficient hardware available, the additional cost in electricity makes cryptomining untenable at the moment. Where most would see a dead end, Razer sees opportunity. The PC gaming peripheral and hardware maker has just introduced its new crypto-mining software, dubbed SoftMiner, that it intends for end users to run in return for the company’s Razer Silver digital currency.

In return for using up your hardware power and electricity while your PC idles, the folks at Razer are offering a slow trickle of Razer Silver, which can presumably be exchanged for digital games and Razer hardware. The marketing materials for SoftMiner claim that users can generate as much as 500 Silver per day or more without having to lift a finger. The Razer Silver redemption store currently offers items like ThinkGeek gift cards, RazerStore discounts, and hardware like the Razer Huntsman Elite Keyboard.

On the surface, this sounds harmless. Razer gets to mine crypto via a distributed network of gaming PCs running the software in exchange for some digital credits to its cyber store. But what exactly is each piece of Razer Silver worth? The previously mentioned Huntsman Elite mechanical keyboard is advertised for 280,000 Razer SIlver. This same keyboard retails for $199.99 on the RazerStore. This would put the current exchange rate for 1 Razer Silver at $0.0007. Under the assumption that you hit the advertised 500 pieces per day of use, you could SoftMine your way to this keyboard after only 560 consecutive days.

On the SoftMiner download page, Razer says that the exact amount of Silver that you will earn in a day varies based on the amount of idle time proved and the power of the user’s hardware. AMD’s Radeon RX 460 or NVIDIA’s GeForce GTX 1050 are listed as the minimum required hardware that Razer recommends for use with SoftMiner. This makes sense, as with conventional crypto mining software, the hashrate (or measure of the speed at which your PC performs calculations) is directly tied to the capability of the GPU. A GeForce GTX 1080 Ti is simply able to mine more efficiently than the GTX 1050, for example.

Obviously, not everyone will have the same amount of idle time to allow the SoftMiner application to run at maximum capacity, so Razer cannot promise a hard number on what users can expect to mine with wide variety of hardware configurations in the wild. I was curious about what kind of Silver that my PC was capable of, so, against my better judgement, I installed SoftMiner and logged in with my Razer account. SoftMiner gives the user no real time indication of what the hashrate of the miner is or the efficiency at which Silver is being earned. The only indicator for progress is a Razer Silver counter with a refresh button.

I left my machine idle on and off during the afternoon while leaving MSI’s Afterburner and WIndows Task Manager open to get an idea of exactly when the SoftMiner was making use of my hardware. Occasionally, I would see my GTX 1080 Ti clock up from idle, as well as have something loaded into its VRAM. Task Manager would also report a slightly elevated GPU usage, along with a readout for overall system power usage. The SoftMiner app offers no way to directly mine, just an automated process that waits for an idle system state. I left it to do its thing while I used the PC for browsing (as well as stepping away from time to time). After five hours total (with about two hours of me not using the machine at all), I had amassed a grand total of zero Razer Silver. Sweet.

Obviously, I would need to leave the app running on my machine overnight to get the full benefit. I was not going to let this happen, thus I uninstalled the software. With Razer’s advertised guestimate on daily earnings, I was looking at a $0.35 return on an optimal day. Having used PCs for years, I can assure you that making use of a GPU like the 1080 Ti (and the CPU and RAM needed to go along with it) eats up much more electricity than the $10.50 worth of Razer SIlver I could possibly earn a month by allowing the app to wear down my hardware indefinitely. That being said, there is no guarantee that I’d see $0.35 worth of Razer Silver, as the marketing materials and posted FAQ are unclear on what kind of hardware is required for that amount of income,

The additional electricity cost of mining is not the only factor here. Running your GPU at all times of the day will decrease its lifespan. You can get many years of pleasure from a new GPU while gaming on it for eight hours a day, but if you allow a crypto miner app to hammer it while you are recovering, it will expire much sooner than if it was used as intended. There is a reason that used mining cards carry a stigma on secondhand markets like eBay. If putting a card to work mining didn’t matter, every other listing wouldn’t advertise “Never Used For Mining”.

Admittedly, Razer is not forcing anyone to use the SoftMiner and it is not being delivered or installed by any nefarious means. The troubling part is that by tying the app to the promise of “free” games, discounts, or hardware, Razer is indirectly enticing underage or less-than-experienced PC gamers into a bad deal. The Huntsman keyboard will cost more in electricity to mine over 18 months than it would to buy outright, plus the user will have a worn-out GPU to go along with it. There are no warnings on the download page, FAQ, or installation process that warns the user about the drawbacks of using their PC for extended periods of crypto mining. There is some speculation online that Razer Silver expires after 12 months, as the zSilver currency that Razer Silver replaced carried such a stipulation. If this were true, it would be impossible to earn more than 183,500 Razer Silver to redeem. The Razer site carries no information on the longevity of issued Razer Silver.

As we wrap up 2018, I fail to be surprised by any new anti-consumer move made by gaming companies. From the proliferation of lootbox gambling and the erosion of expected privacy, gaming companies have consistently shown that they will do just about anything to fatten up a ledger. I like Razer hardware. I’ve reviewed several of their products for this site and currently use the DeathAdder Elite as my main gaming mouse. It sucks to see this type of carny nonsense from a company that should be above this. I’ll find it hard to recommend a Razer solution when asked for my opinion on PC hardware as long as SoftMiner is marketed as an easy way for gamers to “earn” digital rewards or hardware.

Shack Chat: What game do you want to see become '99'?
Login / Register