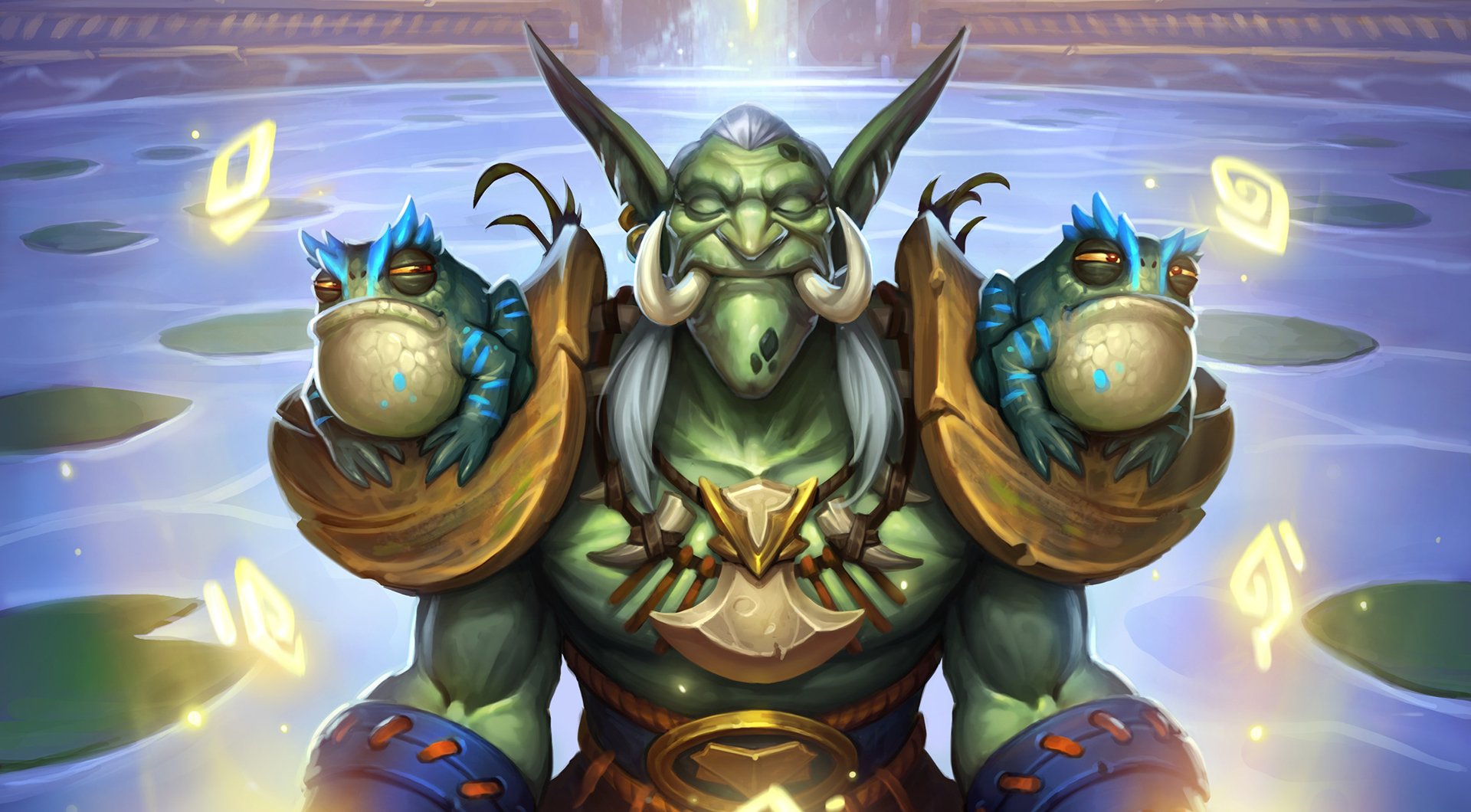 A new Hearthstone expansion has arrived and with that, it's time to get into what's rapidly becoming a Hearthstone tradition. With the launch of a new expansion comes the Standard Brawliseum, which takes the place of the normal Tavern Brawl.

The Standard Brawliseum has Hearthstone players put together their absolute best deck and enter what's essentially a constructed Arena. The idea is to rack up 12 wins, with the run ending after reaching three losses. That means players should only take in the decks that gives them the most confidence.

Like Arena mode, this run costs $1.99 or 150 Gold. However, as is tradition, the first run is absolutely free. So in order to make the best of your limited opportunity, Shacknews is offering five decks to take into the Rastakhan's Rumble Brawliseum.

Dragon Warrior is one of the big archetypes that Blizzard is pushing forward with the new Rastakhan's Rumble expansion and Octavian "Kripparrian" Morosan is trying it out in a big way. He's found a healthy mix between dragons and mechs, meaning he'll also get the most out of Dr. Boom, Mad Genius. As far as dragons go, you shouldn't run out of them with Dragon Roar and War Master Voone around to keep pumping them out. And with dragons in-hand, Smolderthorn Lancer and Crowd Roaster become critical removal tools.

Once Exodia Quest Mage gets online, there's no stopping it. The trick is getting to that last step of completing the Quest and getting Archmage Antonidas and multiple Sorcerer's Apprentices on the board. DisguisedToast has made this much easier, thanks to some new tools. Tome of Intellect was recently added to the Classic set, while Banana Buffoon offers a valuable two Banana spells, which will expedite the Quest.

If your opponent has a big hand themselves, don't be afraid to trip them up with Research Project. You never know when you'll get them to burn a critical win condition.

Were you expecting Shudderwock? Ain't nobody got time for that! This deck is all about striking fast and striking hard.

Thijs Molendijk puts together a strong Aggro Shaman deck that gets board presence quickly, but is more about wrecking faces with numerous burst spells. Lightning Bolt and Lava Burst can go face in a flash, while Krag'wa, the Frog stands by to put those spells right back in your hand.

Also, welcome back Doomhammer to the meta. It's been a minute, but Krag'wa suddenly makes the Doomhammer/Rockbiter Weapon combo feel viable again.

I talked about the possibility of Quest Hunter's resurgence back during our Hunter guide and David "Dog" Caero is putting this idea to work. He's put together a deck that utilizes 1-Cost minions from Dire Mole, Fire Fly, and Springpaw, while also putting a myriad of Hunter spells to work.

Zul'jin is the high value play here, replaying all of the Hunter's cards while also replaying the Hunter Quest. At this point, Halazzi and Deathstalker Rexxar should be able to take over from here.

Speaking of Quests, the Warlock Quest is now finding new life in this expansion, thanks to some outside-the-box Discard mechanics. The idea here is to create as many High Priestess Jekliks as possible and overwhelm the opponent. Getting the numbers advantage becomes much easier once the Warlock Quest gets online. And with Soulwarden, discarding a high-value card is no longer the concern it once was.

If all goes belly up, Deathwing is there for one last gasp. Who knows? It might even discard more High Priestesses to play.

How's your Brawliseum experience going? Which decks are you using? Have you given up and gone with Whizbang the Wonderful, which is as viable a tactic as anything?