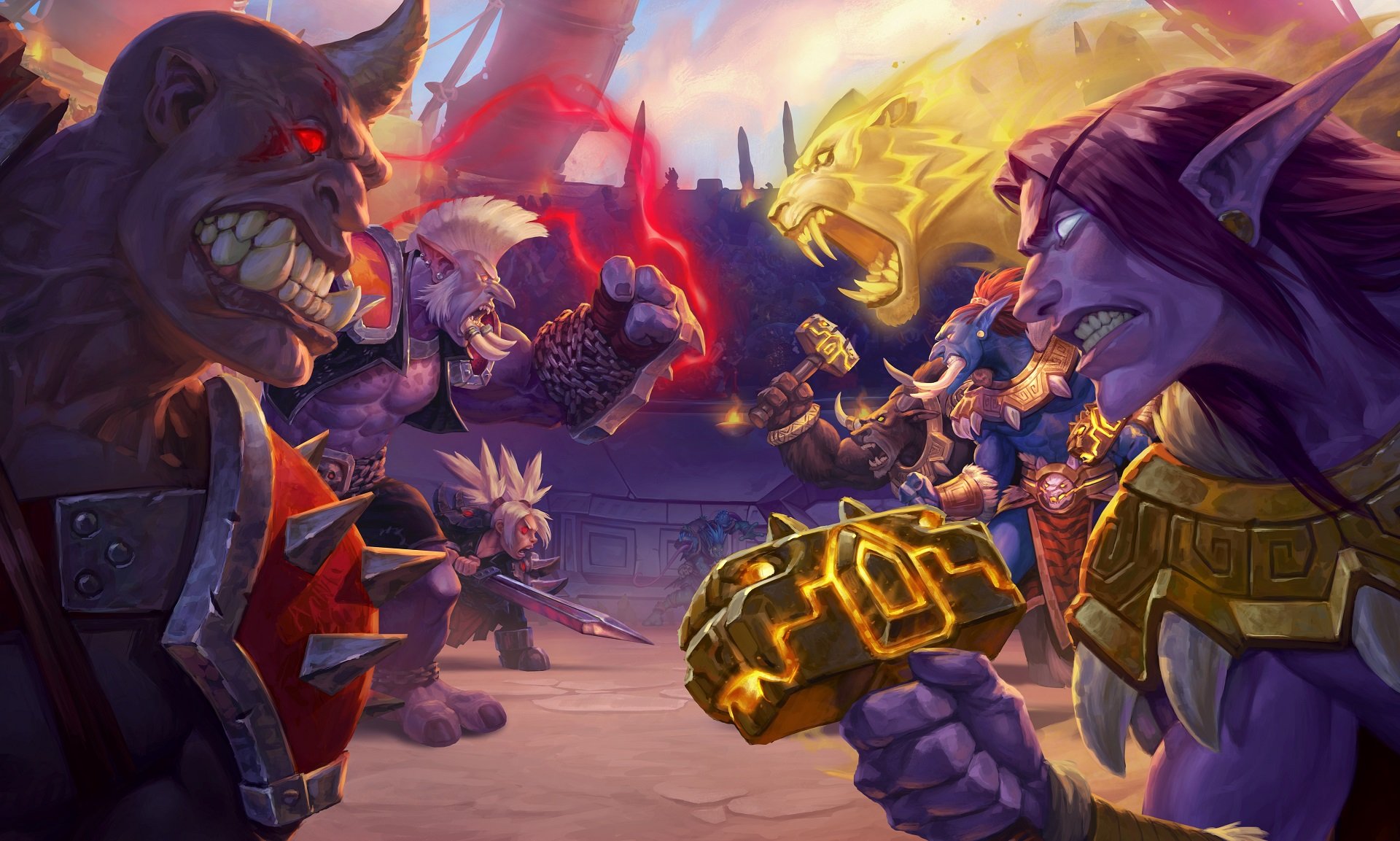 Hearthstone's latest expansion is officially out the door. Rastakhan's Rumble is now live, introducing 135 new cards and a new team motif that sees each of the game's nine classes carry the banner for their squad in the Gurubashi Arena.

As has been the case with many of Hearthstone's recent expansion, players can pick up freebies for the expansion's opening period. Logging into Hearthstone will award players a free Legendary Loa, along with two of its corresponding Spirit cards (these Spirits are Rare, not Legendary, so you'll be able to pack two into your deck), and six Rastakhan's Rumble card packs. All of this is free of charge, but is only available for a limited time.

First revealed at BlizzCon 2018, Rastakhan's Rumble introduces the new keyword Overkill, along with the various Loas, Spirits, and individual troll champions for each class. While today sees all of the expansion's cards go live, this is not the end of the Rastakhan's Rumble content.

An all-new PvE mode called Rumble Run is slated to debut on Thursday, December 13. This game mode sees players take the roll of troll champion Rikkar, as he fights for supremacy within Gurubashi Arena. Before starting his run, players can select one of a number of Shrines, each of which will grant an additional effect. Shrines cost zero mana and can be defeated, but will only go dormant after being taken out. The Shrines will return after a brief three-turn cooldown. The eight opponents will be the various troll champions, each of whom have their own overpowered abilities, as well.

Just as we have for Hearthstone's previous expansions, Shacknews has gone in-depth breaking down the various new cards set to hit today's expansion. For individual breakdowns, as well as guides on the nine teams entering Gurubashi Arena, be sure to visit our various Hearthstone: Rastakhan's Rumble guides.