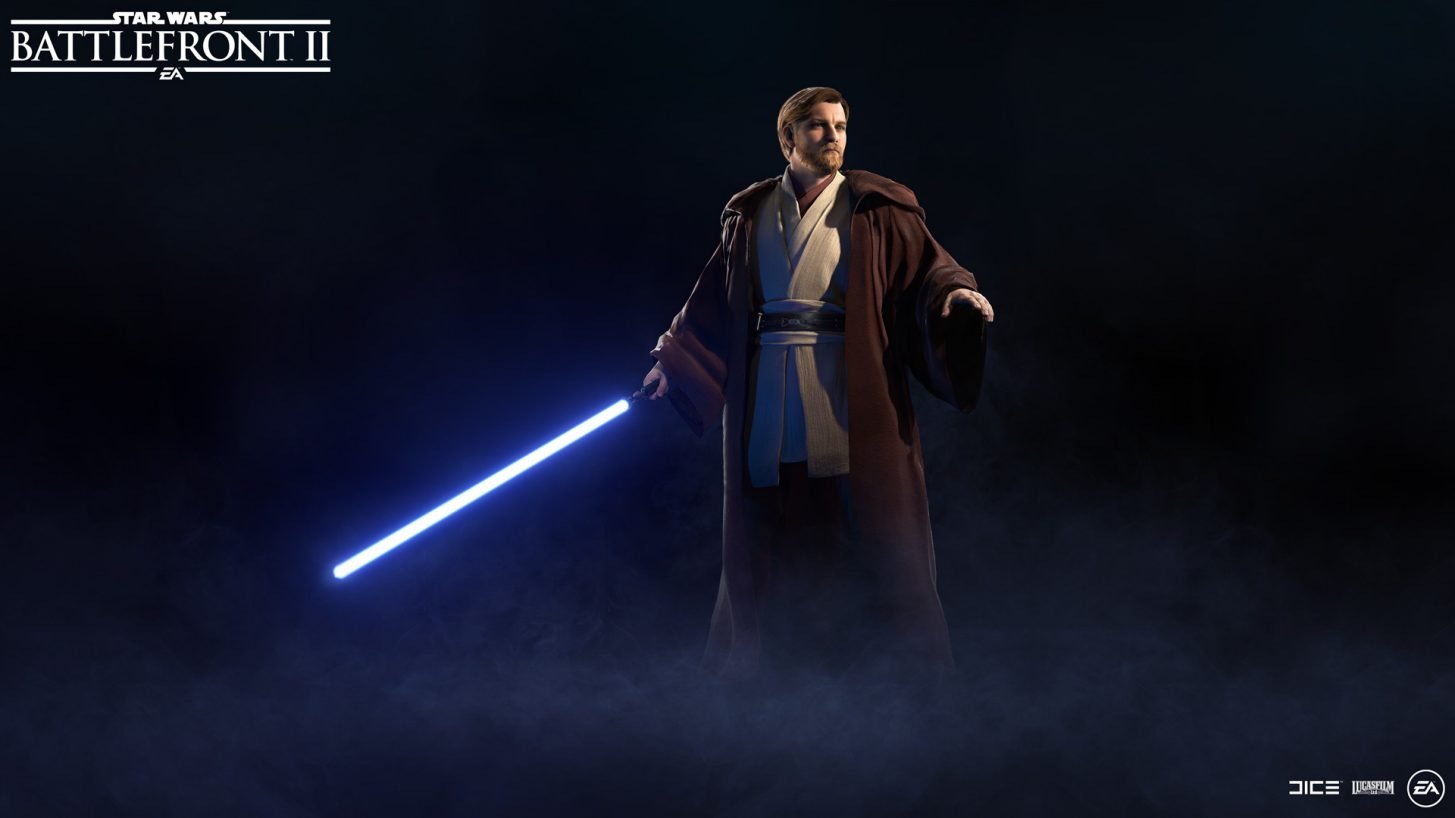 I sense something. A presence I've not felt since… the last Star Wars Battlefront game came out. That’s right, the superfly Jedi who was once Darth Vader’s teacher and BFF before the young Skywalker tried to take him out when he had the high ground is now playable in Star Wars Battlefront 2. The Battle for Geonosis update not only unlocks a new map on Geonosis and the young Obi-Wan Kenobi but adds several other new features as well.

According to the press release, The Battle for Geonosis update features:

The Geonosis map itself is set up for the Galactic Conquest mode and players will have to meet a few objectives as the Galactic Republic in order to call in for reinforcements in time. If players are stopped by the Separatists then the battle will turn into an all-out war for survival. The Republic can call in carriers to drop off AT-TE support vehicles which they can use to destroy the Separatists Hardcell transports and cause a wild dust storm to roll over the battle map. Players who do exceptionally well in battle can earn enough points to unlock Obi-Wan or General Grievous for use in combat, depending on which side they’re fighting for.

Star Wars Battlefront 2 had some heavy controversy when it first launched due to the inclusion of loot boxes and microtransactions. Since then, the offending features have been removed and the game seems to have a fairly solid community since then. Players interested in checking out the new content can grab a copy of Star Wars Battlefront 2 which is available now for Xbox One, PS4, and PC.