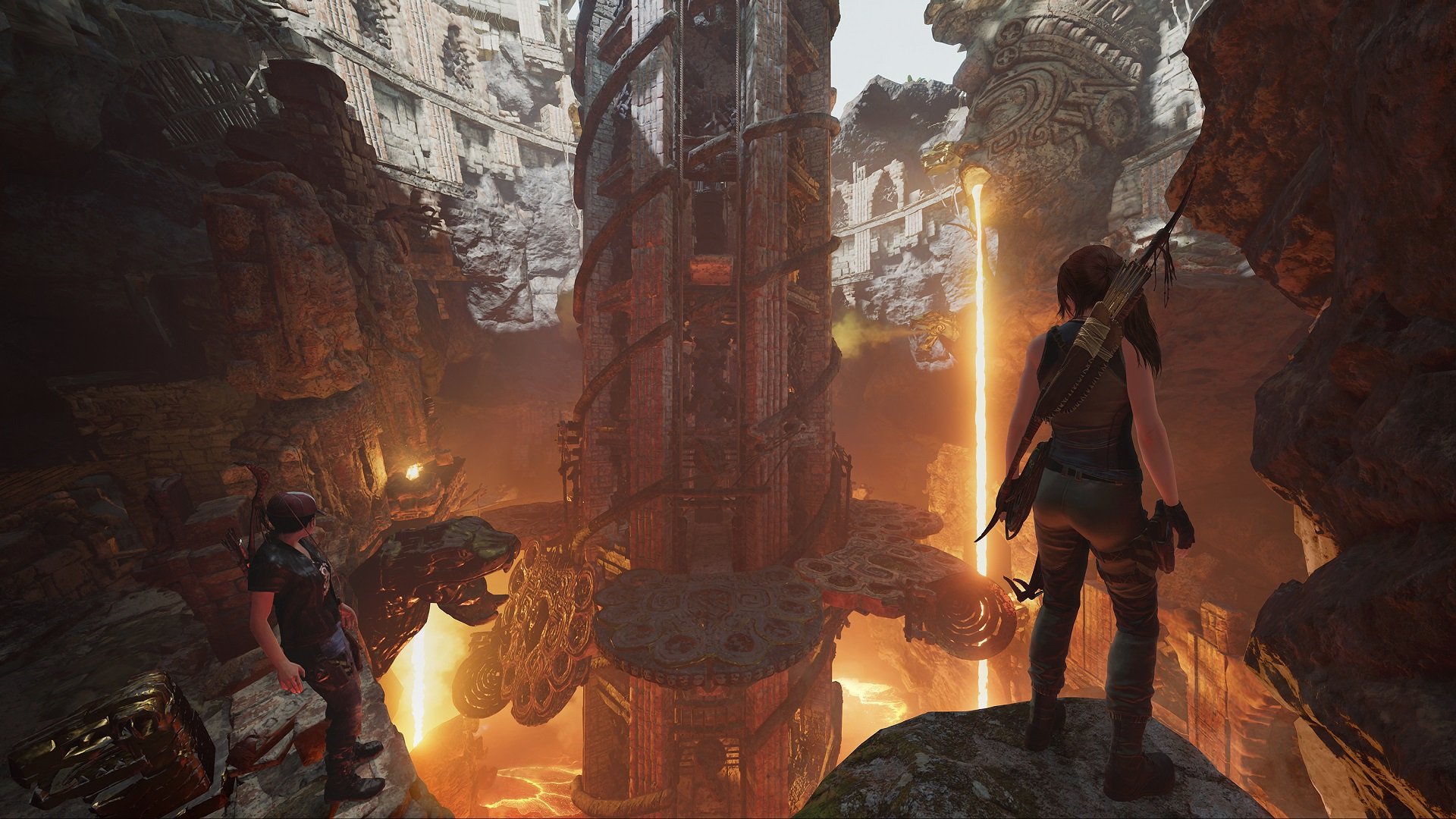 Shadow of the Tomb Raider: The Forge preview - Raiding with friends

Among a slew of announcements and reveals at Saturday's X018 presentation was a look back at Shadow of the Tomb Raider. Lara Croft's final adventure is about to receive its first batch of DLC in the form of The Forge, a new Challenge Tomb/narrative side mission.

The Forge shines a spotlight on new supporting character Abby, who players first meet in Kuwaq Yaku. The narrative aspect of the side mission is set to explore her backstory and her family's past, all of which will be unconvered in a new Challenge Tomb. Last week, Shacknews had a chance to try out this Challenge Tomb and try out a different way of tomb raiding: As a co-op experience.

Co-op tomb raiding is an online-only feature, which sees players meet up in a lobby and tackle the Challenge Tomb through a separate game mode. When two players join up, the primary player will always be Lara Croft, while they'll always see their partner as Abby. The idea is for both players to make it through the tomb alive. If one person dies, both players are returned to the most recent checkpoint.

The Forge Challenge Tomb focuses greatly on verticality, with puzzles optimized for two players. There are numerous switches that activate flammable gas, making Fire Arrows a must-have for this mission. The main idea here is to bring up a center structure by continually boosting it upwards with gas-powered explosions. That means pushing platforms and giant switches forward and firing off the arrow before everything reverts back to its original position.

One major thing to note is that these puzzles can be completed solo, with the aforementioned puzzle premises popping up in other areas of the main game. The degree of difficulty amps up significantly if Lara goes it alone, but it is possible. However, the key to success is to work together with your co-op partner. One person can push switches forward, while a second person fires off the Fire Arrows. One person can encourage their partner to get into position by lobbing visual ping indicators that point the other person in the right direction.

Eventually, my partner and I did make it to the end of the Challenge Tomb, but this is just scratching the surface of what's available in the DLC. In addition to the narrative elements that I didn't get to check out, The Forge will include a Score Attack and Time Attack mode for this Challenge Tomb, with a special unlockable outfit and weapon available for anyone who manages to finish it.

Those looking to jump into the first of Shadow of the Tomb Raider's seven DLC updates won't have to wait long. The Forge is set to release on Tuesday, November 13.