Shadow of the Tomb Raider is the latest entry in the rebooted Tomb Raider series, following Lara Croft through her rocky coming of age story to its thrilling conclusion. Square Enix has released the official trailer showing off exactly what to expect from the upcoming title, and it looks just as bloody and excellent as you were likely expecting.

With its full Shadow of the Tomb Raider unveiling, Square Enix also revealed some early details regarding the game's Season Pass. If you want to join Lara on her whirlwind adventure, you have several different versions of the game to choose from. The standard edition is coming to PC, PlayStation 4, and Xbox One, but bigger Croft fans may want to opt for the Ultimate Edition, Croft Edition, or Steelbook Edition.

Regardless of what version you choose to pick up, if you preorder you'll get the game 48 hours earlier than everyone else. If you preorder the base game or the Croft Edition as a digital version, you'll get a skills booster back. You can see a listing of most of these things in the image Square Enix released below. 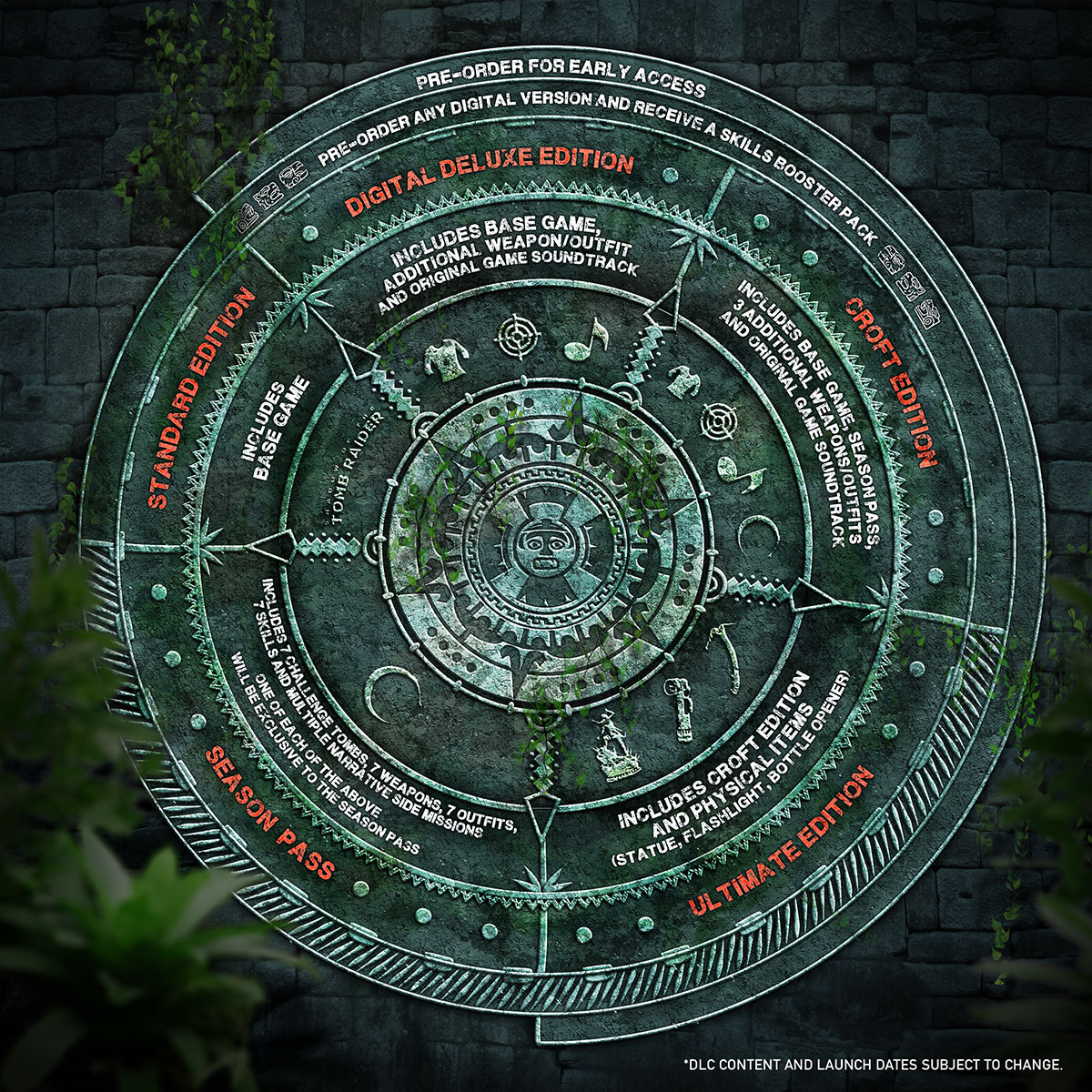 If that image doesn't make sense, here's a breakdown of some of what you get in each set:

Shadow of the Tomb Raider is targeting a September 14 release, so luckily you've got plenty of time to try and figure out which one of these special editions works for you. That's your homework for tonight. For more on the game, make sure you check out our official preview at Shacknews.