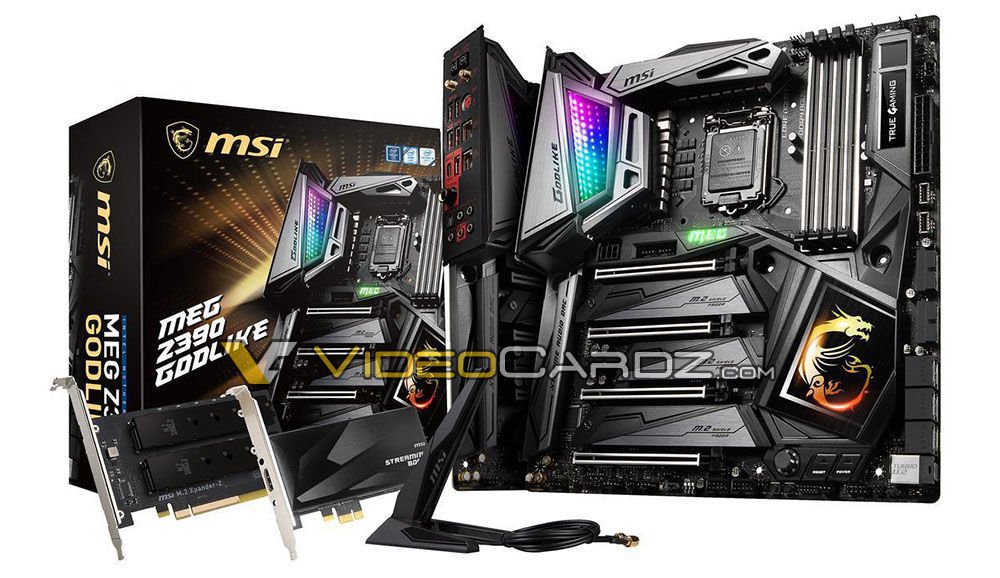 While it is probably one of the worst kept secrets in the world of PC hardware, Intel’s plans to release its 9th Gen processors is still causing lots of excitement for gamers and content creators. The follow up to last years Coffee Lake lineup will bring the first-ever 8-core CPUs to Intel’s mainstream product lineup. As with any new Intel series release, a new motherboard chipset will be debuting, and this time it will come in the form of the Z390. Ahead of the rumored October release, glamor shots of these next-gen motherboards are popping up like crazy.

Hardware news site VideoCardz has been hard at work posting shots from the seemingly endless supply of leaks. Here are a few of the standout boards that manufacturers are preparing to sell with the new 9700K and 9900K CPUs.

The biggest changes coming with the Z390 chipset will be the new integrated USB 3.1 Gen 2 controller that support up to 6 Gen 2 ports and 10 Gen 1 ports, Intel’s newest AC Wifi controller, and a new Intel sound solution. Additionally, these new motherboards are expected to have upgraded VRMs to handle the additional load expected from the new 8-core CPUs. All the boards should be on shelves at or around the time Intel officially launches its new CPU series. The exact date of this release is not yet know, but should be right around the corner.