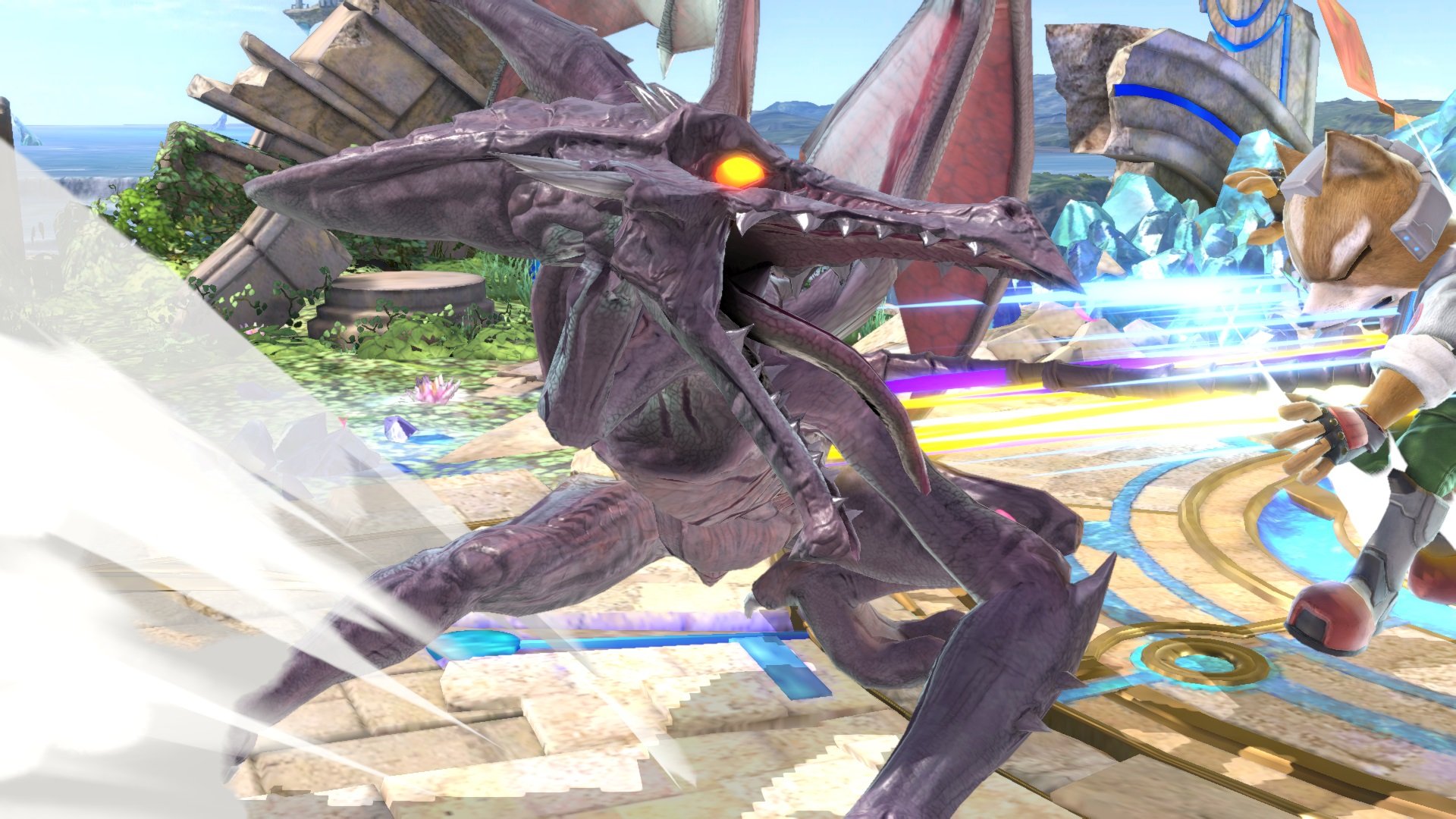 A new challenge is about to present itself in December when Super Smash Bros. Ultimate officially releases for Nintendo Switch. Its release will essentially push Smash 4 into retirement, as the modern scene moves towards the new hotness. But with new hotness must come new rules. Ultimate is no mere port, as we've found out for ourselves at E3 2018 and San Diego Comic-Con. The overall speed is different, certain mechanics are different, the stages are different, and there are copious amounts of new options that can help feed a competitive environment.

Coming up with a new ruleset involves consulting tournament organizers from around the world, top players, key community members, and many others, and coming to a consensus is not easy. With that in mind, Shacknews reached out to beloved Smash Bros. tournament organizer, key community ambassador, and Esports Manager at the Esports Arena Las Vegas Bassem "Bear" Dahdouh to get some insight into the process of creating a competitive set of rules for the eventual Super Smash Bros. Ultimate esports scene.

Shacknews: Can you describe the collaborative process between TOs in constructing a ruleset for Smash 4 over the past year?

Bassem "Bear" Dahdouh, ESA Las Vegas Esports Manager/Smash Bros. Tournament Organizer: Super Smash Bros. for Wii U was mostly driven at first by local scenes, then with Evo establishing a ruleset derived from Smashboards in 2015. It was a bit of a mess until something more unified was rolled out in 2016 across many events.

Shacknews: Now we're moving towards Super Smash Bros. Ultimate and there are going to be a lot more stages, including the legal stages for Smash 4 and everything from Melee, Brawl, and 64. More than that, Nintendo's adding the Stage Hazard toggle. So as TOs, what's going to be the challenge in determining what is a tournament-legal stage?

Bear: The biggest challenge isn't what stages, but what we develop something that is welcoming to newcomers as well as veterans.

Shacknews: What exactly constitutes a legal stage in tournament play?

Bear: This question could have many answers to it, but legal stages usually are ones that don't have hazards, no walk-offs, and promote as fair and balanced gameplay as much as possible.

Shacknews: What do you expect the rule to be on Omega and Battlefield stages? Will certain stages that don't work in their original forms be considered legal if used in their Omega or Battlefield forms?

Bear: I think every scene should allow Omega and Battlefield forms as alts for the stages themselves, as from what I've seen the stages are identical to their counterpart now, whereas in Super Smash Bros. for Wii U the Omega stages had different properties.

Shacknews: Moving on to the game itself, Ultimate seems to flow much faster than Smash 4. What is the current plan for stocks? Would you expect tournaments to continue with two stocks or will the game's faster pace necessitate a move to three stocks?

Bear: There is no plan, per se, at the moment. Every scene is developing their own ruleset, along with myself for the Vegas Smash scene. I'll be locking in the ruleset for Genesis 6 on January 1st, 2019, based on a myriad of scenes and community consensus. I plan to run 3 stocks and 6 minutes for my local tournaments in Las Vegas as Esports Arena Las Vegas.

Shacknews: A new game opens up new doors to revisit certain mechanics. I know players like ZeRo [Gonzalo Barrios] have been outspoken about the Rage mechanic. If it's true that Rage can be toggled off, do you believe this will be the standard for Smash Tournaments?

Bear: I think we would need to test out the mechanics at first to see if it should be on or off. I currently like the pace I've been playing from the demos of Ultimate, with 3 stocks and 5 minutes that has Rage on.

Shacknews: Another mechanic I've been curious about revisiting is Custom Specials. They were outlawed for Smash 4, but is the door open to allowing them for Ultimate?

Bear: I think everything should be tested at a local scene before not allowing something.

Shacknews: How many people will be involved in creating a finalized ruleset for Ultimate? I'd imagine TOs, top players, and influential community members will all be consulted?

Bear: Well, if you count every single local Tournament Organizer across the world, this could be in the thousands. But at the moment there are a group of folks discussing everything in a Smashboards forum, along with the PG Stats Discord.

Shacknews: Are there any other challenges you foresee in coming up with an Ultimate ruleset?

Bear: Making everyone happy is the biggest challenge because someone won't be no matter what the ruleset ends up being for Genesis 6.

Super Smash Bros. Ultimate is set to release on Nintendo Switch on December 7. Those looking to see the game played at its highest level will want to tune in to its first esports supermajor. Genesis 6 will run from February 1-3 from the Paramount Theater in Oakland, CA.