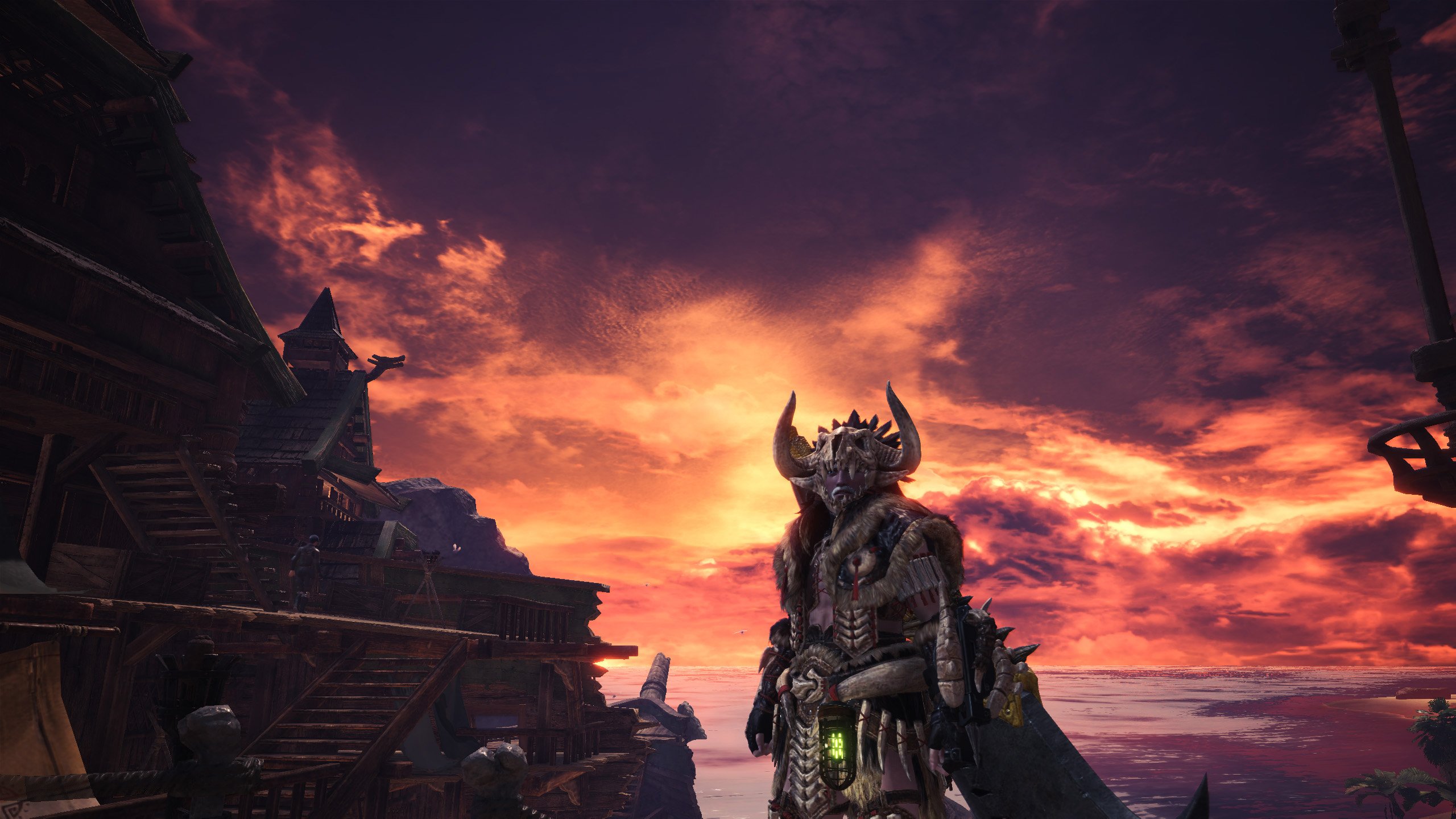 It took a couple months for me to stop playing Monster Hunter: World on PS4, which is impressive if you know how much I dislike gaming on consoles these days. I’ve been waiting all year to make my return to Astera, hoping to be greeted by improved graphics and frame rates. I got the opportunity when Capcom sent along an early PC copy for review and, although I’ve enjoyed my time, it wasn’t quite the hero’s welcome I was hoping for.

This won’t be a full review of the PC game in the same way that I reviewed Monster Hunter: World earlier this year. The content is largely the same. There might be fewer bugs and the experience is slightly more balanced than previously, but my progression and how I felt about the questing and combat mechanics are unchanged. Instead, I’m going to focus on how it feels on PC specifically, looking at performance and how it stacks up against a PC player’s expectations.

I’m also going to shamefully admit that I play a lot of PC games with a controller, and Monster Hunter: World is one of them. I’m a lifelong console player who has moved to PC in recent years but getting quick with a mouse and keyboard has proved to be a long process. I won’t talk about the key bindings because at this point it would be pure speculation on my part.

The Heaviest of Beasts

I’ll admit that I’m no Chris Jarrard when it comes to diving into the details of why a PC game performs the way it does on a specific machine but, for me, the biggest disappointments for Monster Hunter: World on PC are the frame rates and some of the textures in cinematics. I’m running a 2560 x 1440 (2K) resolution and I’m used to getting well above 80fps in most games with the graphic settings cranked to the highest quality. With Monster Hunter: World, I’m pulling just above 50fps most of the time, and some of the in-game textures aren’t fit for a PC game in 2018. It certainly looks better than it did on PS4, and the graphics are fine for the most part, but certain objects in cut scenes are awful.

There have also been widespread reports of Monster Hunter: World crashing for PC players, but this only happened to me once. I can’t recall when or why, but I rarely worry until it becomes a frequent occurrence. It hasn’t for me, but Chris Jarrard has experienced enough crashes that he can’t get past an early monster hunt, and the patch to fix the crashing has proved ineffective for him. Why his game crashes repeatedly and mine doesn’t is for someone else to figure out, but it’s a potential roadblock that should be on a PC gamer’s radar before purchasing.

The matchmaking and online connectivity should also be monitored by potential buyers. Because there are only a few players in the beta, I’m frequently unable to find available quests to join other players. I have been joined and I have joined others, but it’s rare, and over the last two play sessions I’ve been disconnected several times. Monster Hunter: World can be played offline, so it had little impact, but it’s worth seeing if the matchmaking and connections improve when the game goes live. I expect they will, since there were always plenty of sessions to join, and others were quick to join mine when I was on PS4.

The benefits of Monster Hunter: World on PC are also present. Most notable are the load times. I’m able to travel to and from the social hubs to a monster hunt in a couple seconds, something that console players can’t say. I do have the game installed on an SSD, so that will help, but count on loading in and out of in-game activities faster if you’re making the jump from console.

Those making the move from console must also consider the FPS in a way that strictly PC players do not. While I find it disheartening not to get 60fps from a PC game today, the 50fps are still a solid 20fps above what I was getting on PS4. Those planning to make the jump are going to enjoy the bump in FPS regardless. Hopefully further optimization to the PC version will see this number climb.

Monster Hunter: World doesn’t meet my technical expectations on PC, but it’s still one of my favorites. The 50fps during action and low-quality textures are manageable because the heart and soul of Monster Hunter: World is in its content, and it’s as rich as any game I’ve played this year. I wouldn’t fault anyone for waiting a bit to see if it becomes better optimized, but I’ll be sinking dozens of hours into it as is. That’s not to forgive its current state, it’s just that good when one starts peeling back its layers.

For those that head for Astera on August 9 to give the PC version a try, make sure you keep our Monster Hunter: World guide and walkthrough handy. Even the best hunters get stuck and don’t know what to do at times.