The Best Monitor Speakers to Bring Your PC Audio To Life

There are loads of PC users who won’t blink any eye at spending $300+ on a new GPU or even $1000+ on a new ultrawide monitor, but settle for the limp sound from a cheap set of computer speakers. There are countless speaker systems available from the usual PC gaming suspects, many of them offering small satellite speakers paired with a cheap subwoofer to help hide the poor sound reproduction with boomy bass. Admittedly, loud and obnoxious is a trait coveted by a small percentage of users, but most folks can get more enjoyment from day to day browsing, gaming, and music listening by opting for a quality audio solution.

How We Ended Up With Crap “PC Speakers”

The previously mentioned “computer speakers” grew to popularity in the 1990s, a time when many PCs shipped without decent sound hardware and there was no real way to get a quality music source outside of using expensive CD-ROM drives. PCs during this time were comparatively more expensive than what we have now, and including a cheap set of speakers was a way for manufacturers to add a little value to a desktop or laptop system. These audio solutions set expectations for years to come, holding back quality sound reproduction for everyday PC users for years to come.

The mid to late 1990s saw the introduction of widely available dedicated sound cards for PC use, Sound Blasters being the most popular option. These cards gave PC users the option to use higher quality sound in their games and music listening (which was now becoming more common as the MP3 codec began gaining popularity alongside file sharing applications). Specialized computer speaker systems hit the market from manufacturers like Cambridge Soundworks, Creative Labs, and Logitech. These systems worked well with the sound cards of the time to produce decent stereo and surround sound reproduction. 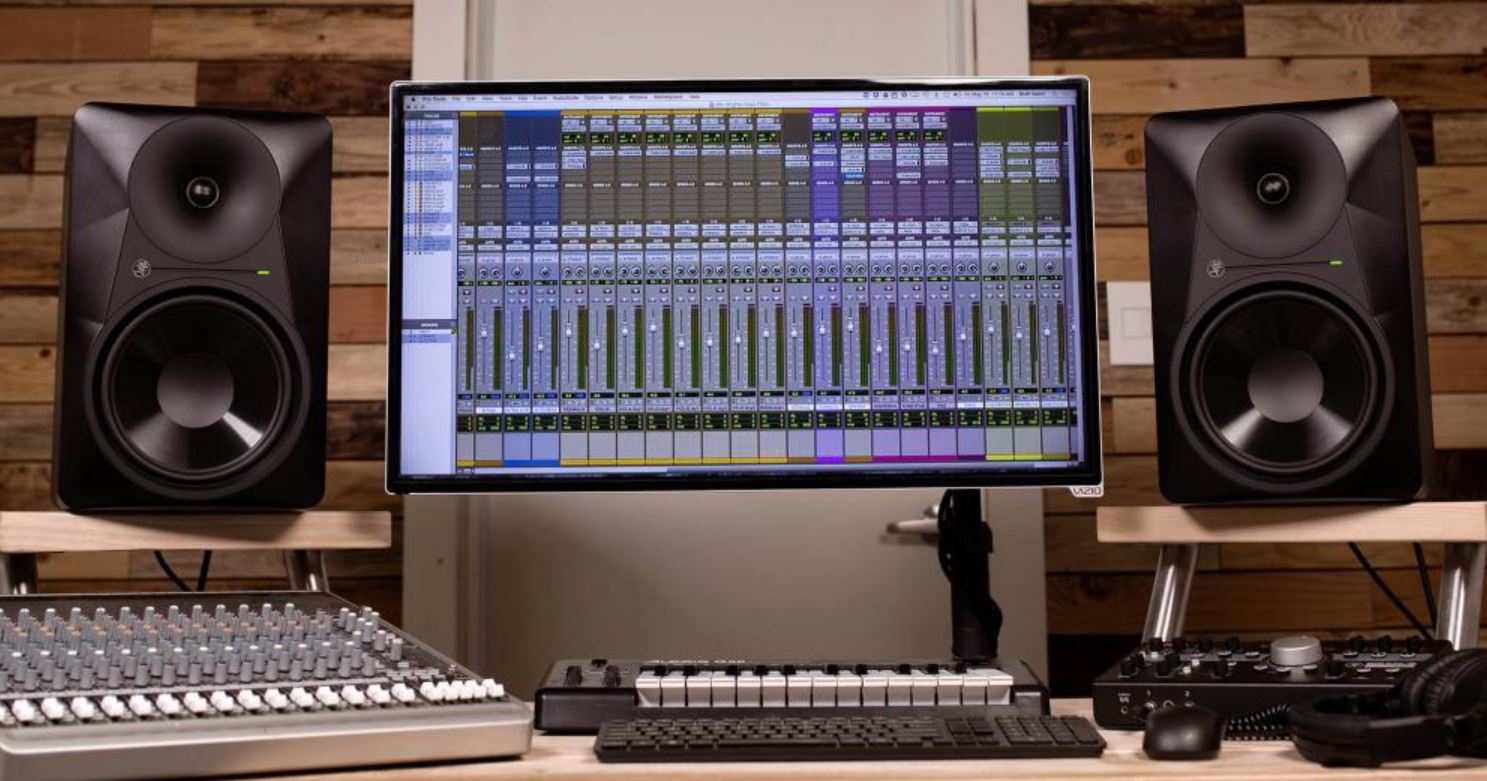 Rise of the Headphone

By the mid-2000s, increasing quality in integrated motherboard sound chips and Microsoft’s decision to remove the Hardware Abstraction Layer from Windows Vista relegated dedicated sound cards to a small niche market. Around this time, the use of headphones with PCs began to gain lots of traction as they offered equivalent or better sound than any PC-specific speaker systems and did so at a lower cost.

Headphones and headsets are king in the current PC landscape, with an excellent range of options to match any budget and an ocean of dedicated DACs and amplifiers for delivering the source audio at the highest quality. Modern gaming headsets can offer voice communication, convincing positional audio, and reasonable music reproduction. Dedicated headphones make up the slack in the music department, though they cannot offer the convenience of an integrated mic. Still, these setups are the cheapest and easiest way to get good audio from your PC.

Desktop Monitors Bring the Sound Back to Your Desk

While the cheap PC speakers never really died off, most users shifted to headphones or opted for one of the few remaining speaker systems that offer decent quality for the money (like the Klipsch ProMedia 2.1). In recent years, a new trend has emerged in desktop audio that is finally making the PC sound great again (or for the first time with speakers, really). Using powered monitor speakers with your PC provides previously unavailable sound reproduction quality (especially for music) at affordable prices. Studio monitor speakers have been around forever, mostly confined to studios and A/V production facilities. They are speakers in specially designed enclosures that are designed to give a flat frequency response. They are preferred in recording, mixing, and mastering facilities so that the producers and engineers can reliably hear exactly what is going on with their audio.

Studio monitors are often placed on mixing desks very close to the user and set up in a way to provide for an accurate stereo image with minimal phase shifts, distortion, or room reflections. The design of studio monitors requires that the speaker can reliably reproduce the entire frequency spectrum faithfully (though using a separate subwoofer for low frequencies is not uncommon), so they often use separate tweeters and woofer cones. Many studio monitors also come with built-in amplifiers that are matched to work seamlessly with the included drivers.

Powered monitors are relatively simple to set up and use, typically requiring only power and a signal to get up and running. As the affordability and practicality of home studios increased in the 2000s, powered monitors began popping up outside of the studio. Home PC music production saw a real boom after the turn of the century and the folks who relied on the monitors for their recording and mixing discovered that the speakers made everything better. The ease of use and design made for near-field listening make the monitors perfect for everyday PC gaming, music listening, and video consumption. As the market for these monitors grew, more manufacturers entered the space, driving down prices and driving up quality. You, the PC user, can now reap the rewards of this progress.

Choosing the Right Monitors for Your Desktop

When you are ready to buy a pair of powered monitor speakers for your PC, there are a few things to consider. How much space do you have on your desk? What kind of volume are you wanting to get? How much bass do you crave? Powered monitors are available from many companies and are often available in a series. These series can have multiple speakers available, typically distinguished by the size of the woofer. Monitors using 4-inch woofers take up the least amount of space, but will lack oomph at lower frequencies and may fail to reach the same volume as their larger counterparts. Alternatively, monitors with 8-inch woofers can offer some serious slam, at the cost of desk real estate. You’ll also need to consider the height of the speakers. To get the best sound, you will want the tweeters at ear level, so you may need to factor in the purchase of speaker stands or desk risers. Isolation pads or feet are also recommended to reduce unwanted vibrations from your desk and to eliminate resonances within the speaker itself.

In a world dominated by crappy smart speakers and tinny soundbars, it feels like really listening to music has been relegated to some quaint thing we used to do in the past, like buying encyclopedias from door to door salesmen or finding pornography in the woods. While those are two experiences that have been objectively improved by the technology that made them obsolete, the same cannot be said for the music listening experience provided by tiny bluetooth speakers. 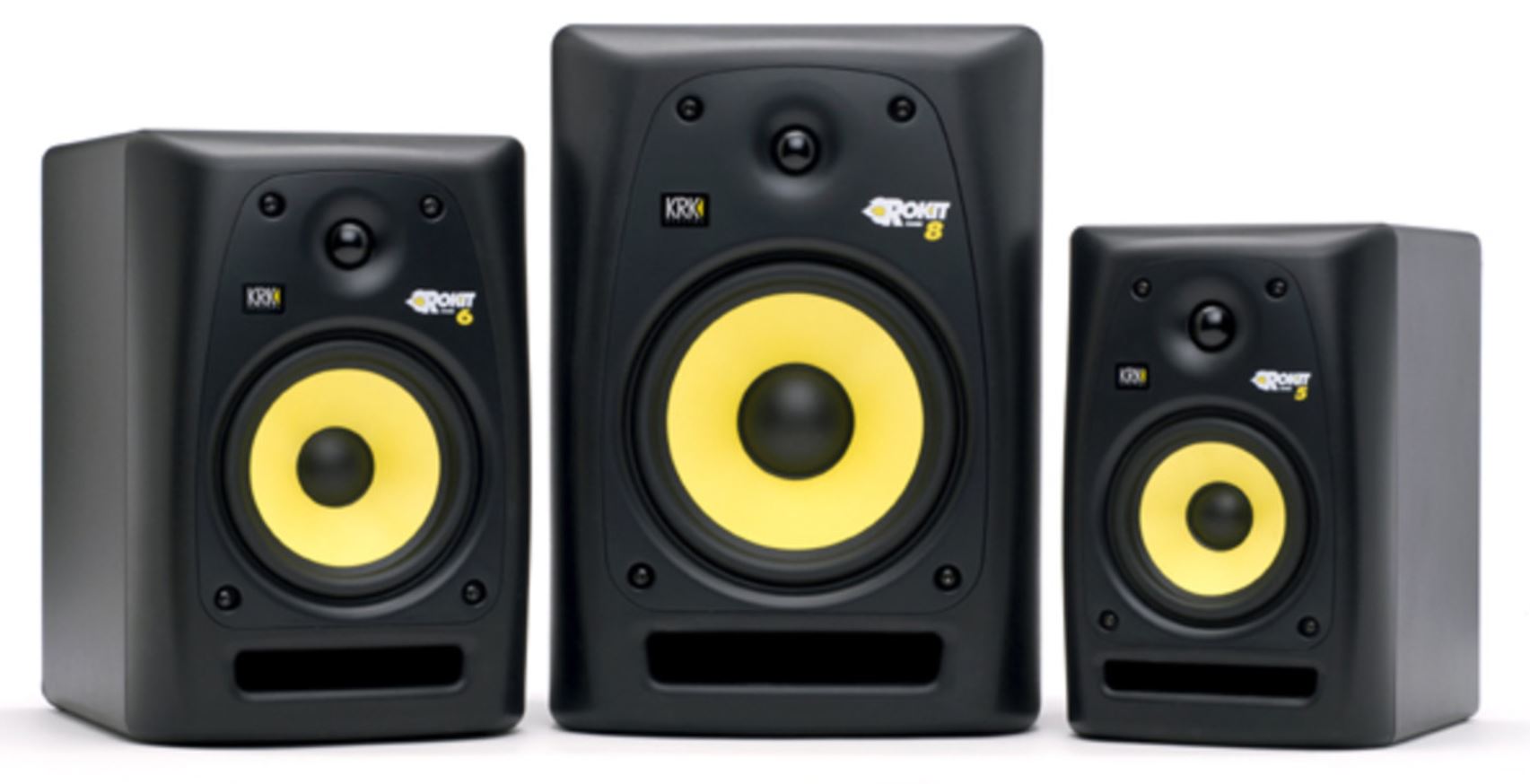 Without further ado, here is a selection of powered monitors that bring the “feeling” back to enjoying audio from your PC.

These PreSonus monitors are your best best for an affordable set of speakers that stick very closely to a flat frequency response. They also offer room correction EQ and settings to accommodate for various placements and distances from your walls. Unlike some powered monitors, these also include unbalanced RCA inputs, in addition to the standard TRS ¼-inch and XLR inputs.

If you are looking for a monitor that offers a bit more “fun” in the sound signature than you will get from most serious solutions, the JBL LSR305 is the one to pick. It has a slight boost on the lower end frequencies while retaining clarity and the ability to get loud without getting muddy. The LSR305 has been discontinued recently and can be found for massive discounts. The 305P model is the new replacement, though early word on the forums is that the older model is the one to get. These JBL monitors are also available in 6 and 8-inch sizes.

Mackie has been in the studio monitor game for ages and is one of the most respected names in the business. Their HR824 monitors are legendary. The new MR series is comparable to the PreSonus models listed above, with similar inputs and room correction controls to get the perfect sound out of your set.

Like Mackie, KRK has been in the studio monitor business for a long time as well. Their third generation Rokit speakers offer the best bang for the buck in the KRK lineup. Sporting the famous yellow drivers and a front-facing that allows the speakers to be placed closer to a wall without causing sound reflection issues.

The Yamaha HS series monitors are a slight step up from some of the more budget oriented units in this guide. While they don’t offer built-in room correction options, they do offer build quality and performance. The 8-inch model in particular can offer loads of low-end response.

The AV series monitors from M-Audio are the perfect choice for applications where space is the primary concern. The also offer front-mounted volume controls and headphone/aux jacks, as they are a more consumer-oriented speaker. Avoid these if low end response or higher volumes are important.

The BX series is for users looking for a full-sounding monitor with a lively sound. The BX8 model in particular is capable of shaking the glasses out of your cabinets if you crank the gain. While the BX monitors don’t really offer a flat frequency response, they do make music listening fun without being fatiguing at party volumes. I have been using the 2nd-generation BX8 D2 as the speakers for my vinyl setup for years now and they have never failed to impress.

Edifier has not been around long, but their budget-oriented sound solutions have made fans out of thousands. The R1280T monitors have a handsome wood veneer finish and a variety of inputs that make them a great match not only for PC use, but with your TV or vinyl setup. The included remote is a handy feature and a built-in Bluetooth receiver makes getting tunes from your mobile device a cinch. At the $100 price point, sacrifices to the driver quality had to be made to accommodate all the bells and whistles, so these will not sound as good as the previously listed models, but are a good choice if you must have the versatility. The R2000DB model ups the ante by offering better, bigger drivers and a much more powerful amplifier. You still get all of the inputs and features of the cheaper model, though.

Controlling Volume (or How I Learned To Love The Knob) 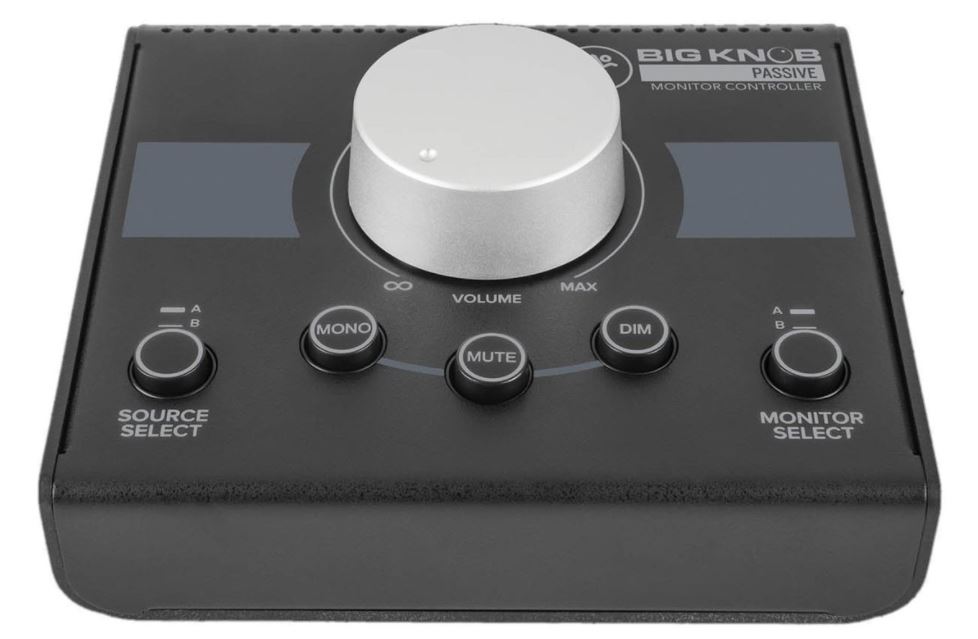 You may have noticed that most of these units offer no front panel volume controls (as they were originally designed to be used in studios with mixing boards). While you can easily adjust the volume via your operating system (or multimedia keyboard), some folks prefer the feel of a knob. I’m the kind of guy who likes a big knob that’s easy to grip. If you are like me, adding a passive volume knob to your setup can make life just a little bit better. If you plan on using a set of monitors away from a PC or mixing board, a volume controller is required (unless you don’t mind reaching behind the speakers all the time). One of the best knobs on the market is made by Mackie. They call it the Big Knob and it works wonderfully and needs to power outlet to function. It offers a simple switching (if you have multiple monitors or sources) and a mute button. You can grab one from Amazon now.