Do not go gentle into that good night. 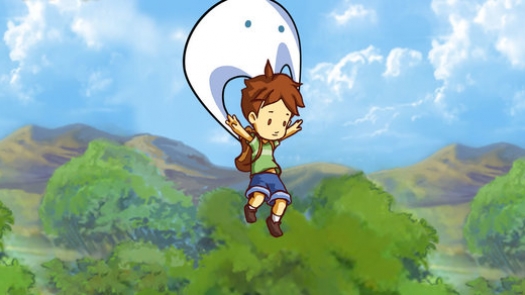 A New A Boy and His Blob game coming to PS4, Xbox One, and possibly PC

Majesco Entertainment has announced a new A Boy and His Blob game is currently in development and is expected to be released on PlayStation 4, Xbox One, and maybe even PC.

Sharknado is getting a video game. WE'VE ARRIVED, PEOPLE.

Though the '80s are so passé now--it's all about the '90s--a year or two back they were the decade to gaze nostalgically at. Hotline Miami and Far Cry 3: Blood Dragon were celebrated for their retro chic, but WayForward's poor Double Dragon: Neon failed to make much of an impact. It's getting a second crack, though, as publisher Majesco has announced a PC release coming soon.

Publishers are usually quite keen to draw attention to their new releases but Microprose has, for reasons I cannot imagine, been quite quiet about Girl Fight. Surprise! The video game about jiggly ladies in sexy costumes fighting each other is out later today on PlayStation 3 for $9.99, and will land on Xbox Live Arcade tomorrow.

Majesco knows that all the cool kids these days want indie games. That's why it's launching a new publishing label focused entirely on signing indie games.

If you'd feel a little silly playing a video game that is ostensibly about sexy girls in sexy costumes fighting each other, relax: Girl Fight all goes down in virtual reality as an evil corporation experiments upon abducted women. Look, come watch the new trailer and you'll soon realise you'd be perfectly comfortable playing it in the company of other adults (it is rated Mature 17+, after all).

There hasn't been a shortage of Kinect titles in recent years, but many of them have focused on mini-games or clunky shooting mechanics. The few gems that have stood out have been the ones that have utilized a unique game mechanic while making the most of the Kinect hardware. NBA Baller Beats is an example of the latter ... sort of.

After some clunky Kinect experiences, we approached NBA Baller Beats with a sense of lowered expectations, but for anyone looking to refine their skills before playing pickup at the local park, it's a fun and intense cardio workout.

Do you like girls--sexy girls, sexy girls who fight each other? Then you, dear reader, may well be thrilled by Girl Fight, announced for XBLA and PSN with the promise of "hair flying, long legs kicking and the ear-piercing shrill of deadly vixens."