The Halo Infinite Technical Preview may have ended a few weeks ago now, but the content and information from that special event continues to flow forth. Today, I stumbled upon a pretty slick video from Shyway that analyses Halo Infinite gameplay by Frosty, a bloke who is pretty dang good at the ol’ Halo. This video ignited a need in me to talk about Halo Infinite, find Halo Infinite content to watch, and otherwise get hyped for one of this year’s most anticipated titles.

During my time with the Technical Preview, I flitted between PC, Xbox Series X, and even booted it up on an Xbox One X and – I kid you not – my launch model Xbox One from 2013. I wanted to see what the game was like across a broad spectrum of platforms. It’s rather alarming, but the game performed better on my Series X than my PC, but I do suppose my computer has been in need of an upgrade for a couple of years now (GTX 1080 Ti represent!).

Regardless of where I played, I had a blast, though I did feel that the aim-assistance or reticle magnetism on controller was significantly less than what I had come to anticipate from a Halo title. This problem was certainly felt more prominently on PC, especially when the PVP was switched on for an hour or two.

While I know my skill ceiling using a controller on PC is limited, I was hoping to be able to perform at least better than I did – which is why Shyway’s video has garnered my attention. The bloke outlines the plays like some kind of post-match breakdown of a football manoeuvre or something. There’s a lot of learning to be done here, especially with how Halo Infinite’s spawns work and the general strategies behind where to move next.

However, one big takeaway, and something I’ll need to practice a bit more, is using the left stick to make adjustments and leave the right stick for tiny tweaks. It’s something I’ve done so much in the Halo series, but I think it’s even more important in Infinite than ever before.

As for the next Halo Infinite flight, I wonder if they’ll focus on multiplayer between players. It was such a small moment during the recent flight that it likely warrants more attention. A look at more maps, weapons, and an opportunity to practice the strategies Shyway discusses would be greatly appreciated. Plus, I want to see how the vehicles handle. 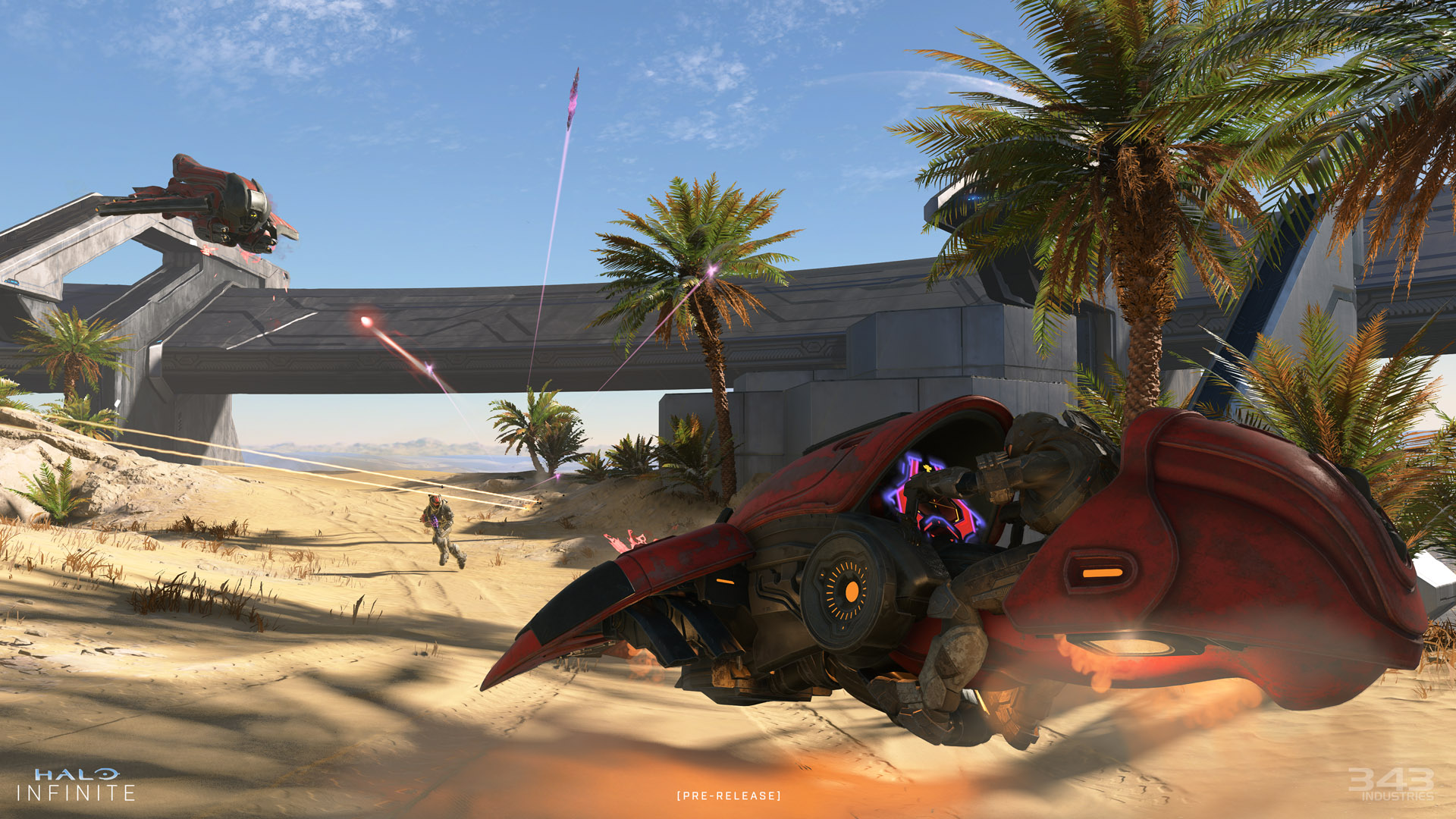 Though I can’t wait to play the campaign, I’m dubious whether 343 Industries will let players experience any of it prior to the game’s launch. It’s one of those things that would no doubt lead to players digging into the code, breaking out of bounds, and discovering things best left dormant until the game’s full release.