So I've been playing Mass Effect Legendary Edition. I'll have a full feature on parts of it later, but I wanted get right into one part that I've seen an interesting amount of conversation on (interesting because I was shocked so many people like it). It's none other than the Mass Effect 1 Mako. I seem to recall a lot of folks just wanted it to play like it did before. Well, you might be in luck. It does for the most part, space cobwebs and all.

I think BioWare did a good job of making everything in Mass Effect 1 quite a bit prettier and more polished, the Mako segments included, but it really doesn't take away the core of the Mako experience: driving around struggling over rocky terrain, blowing up anything that dares challenge you with cannon or machinegun fire, and searching for resources. All that's still there. To me, it's as tedious as ever (though the Thresher Maw encounters are a bit more intense). They added some weight to the vehicle so it's not as slippery, but the experience mostly feels the same as I remember with a facelift. 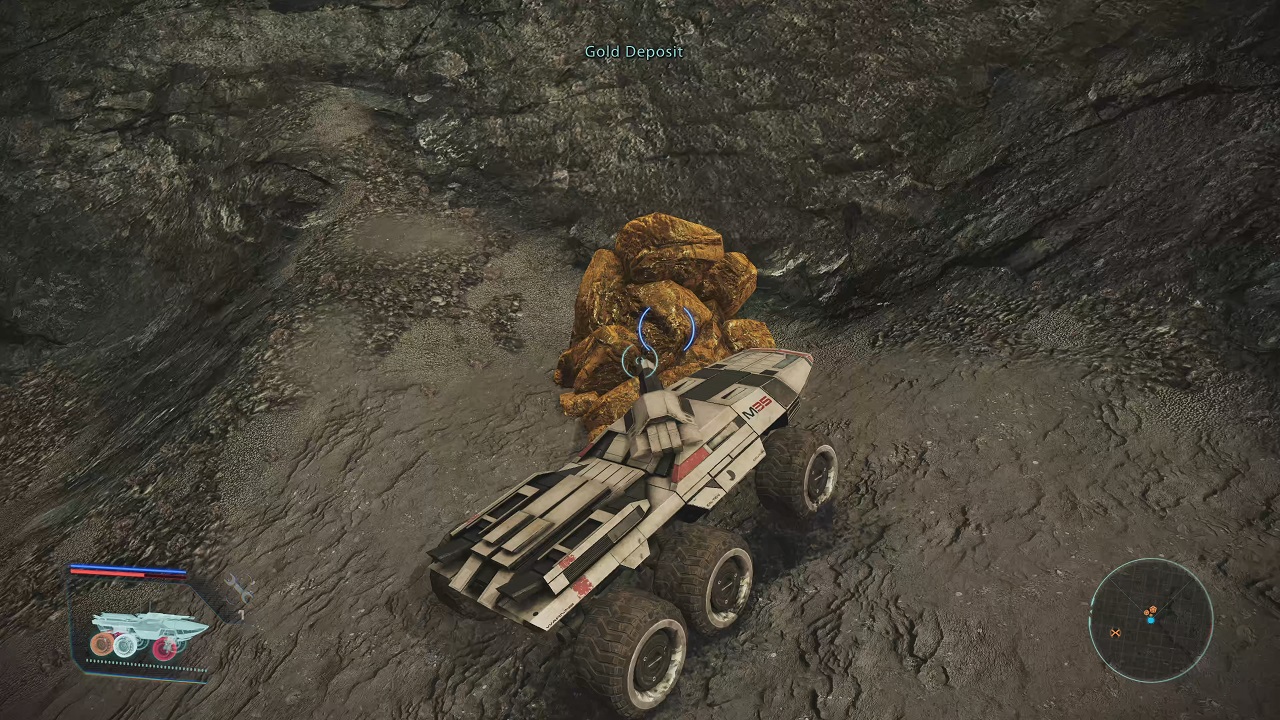 Mostly. There's one notable change I appreciate and only kind of: the new forward booster. It's a pair of new jets on the back of the Mako that give you a temporary speed boost when you hold down that particular boost button (the bottom jump boosters are also still there. I hate them).

The forward boost button is kind of a time saver in a lot of ways. Not only does it make you go faster, but the only limit on its use is you can boost for like 3 seconds, then it goes out for about 3 more seconds, then you can use it again. It doesn't run on a limited resource and is never inaccessible. You don't even have to take your finger off the boost button. You can just hold it down and you'll boost when it's ready to fire again. It's good for speed, but it also gives the Mako a little extra oomph it needs to get over most tough terrain or up the very edge of a mountain cliff you otherwise might not fully clear. Thank you, Boost Button. You've made my life a bit easier. 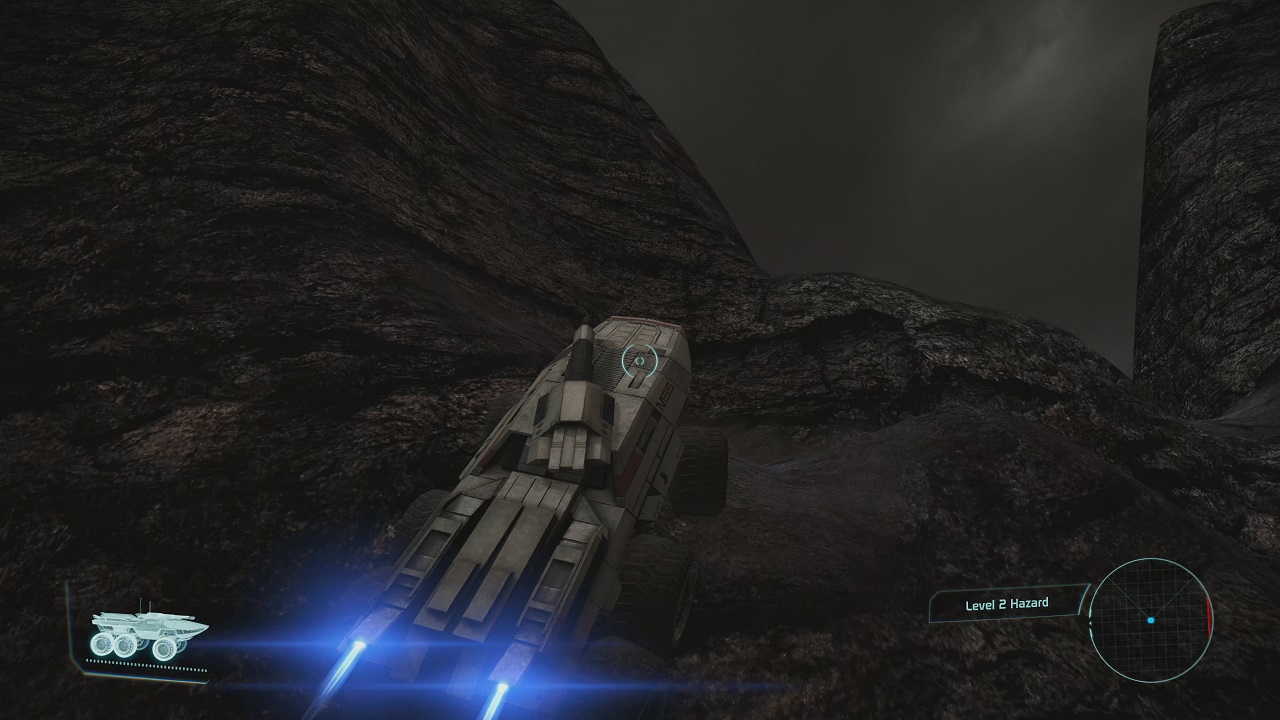 Sort of. What I don't get is that if there is literally no limitation on how often you can use this booster, why not just let me use it all the time? Why even give it a flimsy limitation? Just let me use it as I please or not. I kind of had this issue with the PS5 Demon Souls remake. Y'all that are okay with ME1's Mako silliness can just choose to ignore this button for sure. For me, it's like... Hey, I'm happy you put this here, BioWare. Why didn't you go all the way on the improvement and not even slightly interrupt me from using it 100% of the time?

It's whatever. The point is that the Mako experience is pretty much entirely the same with just a little bit of fast-forward to get people like me through the doldrums of planetary exploration, thankfully. I think those who enjoyed the Mako driving before will probably enjoy this whether you use the forward boost or not. But I'm not going to dedicate this much space in a feature to talking about my love-hate relationship with the "new and improved" Mako, so I thought I'd at least give it some proper air somewhere for those of you who have been interested in this topic.

I'll have more of a proper write-up on the Mass Effect Legendary Edition going up soon. Stay tuned. Meanwhile, are you playing? What's your build? Which teammates are you putting the time into? For the Legendary Edition, I started a female Renegade Adept. I handle the biotics, my ride-or-die-4-lyfe Garrus handles override locks and sniper rifles, and the ever sweet nomad Tali handles bypass locks and shotguns. Let me know how you're playing this time around!