7 Awesome Shooters in Need of Revival

Doom, Wolfenstein, Quake, Shadow Warrior, and Unreal Tournament are all a part of a glorious revival of classic shooter franchises. Doom is a kickass, frenetic shooter with brilliant gunplay and polished graphics, Wolfenstein: The New Order is a solid shooter with fun level design and an engaging story, and Shadow Warrior is a glorious revival of the campy, goofy shooter with a mix of guns and melee weapons. While Quake: Champions and Unreal Tournament haven’t released fully yet, they’re shaping up to be faithful revivals of their predecessors, much like the other games mentioned on this list.

This trend of resurrecting older shooters and reforming them with new mechanics for current expectations is a fun one, reminding us of our roots and what first-person shooters can be beyond smash-and-grab missions in military shooters. In the spirit of keeping this trend moving forward, here are seven classic shooters we’d love to see get their own fresh reboot. 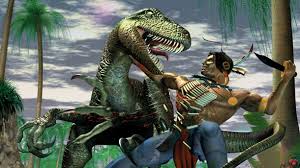 Dinosaurs, weapons, jungles, and commandos. Turok is a glorious, campy patchwork of some of the best aspects of classic arcade shooters, all wrapped up in ‘80s movie ridiculousness. We’re past due for the Dinosaur Hunter to make a return, and being able to hunt prehistoric creatures in high-definition with retooled shooting mechanics sounds like the best return Turok could possibly ask for. Although, maybe this time we approach it with a sliiiight amount of cultural sensitivity. Just a little. 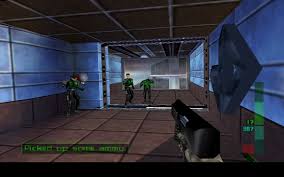 On the Nintendo 64, Perfect Dark challenged GoldenEye 007 as one of the best first-person shooters available on a console. Its sequel Perfect Dark Zero wasn’t quite the masterpiece of the original, and it has definitely been long enough to justify revisiting the exploits of Joanna Dark on modern hardware. 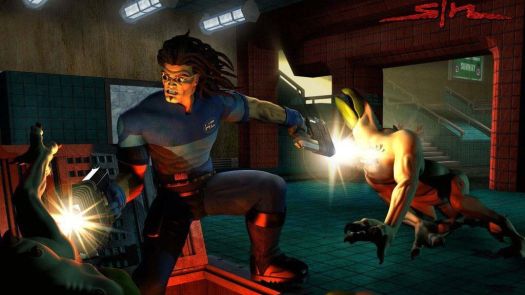 Considering the mechanics SiN is known for, a modern revival has the potential to be fantastic. The original SiN had a massive amount of interactivity, ranging from taking damage on individual body parts to taking different paths in levels that would change the outcome of future levels. It has a lot of the trappings people love about RPGs; branching paths, some light simulation, and approachable-yet-complex mechanics. It’s been a long time since we’ve been able to play a new SiN, and now seems like a better time than ever.

Star Wars is back en vogue in a big way, grossing millions and millions in merchandising, video game adaptations, and blockbuster films. Despite this, there’s still a severe lack of new Star Wars games on current machines, and having Kyle Katarn be re-introduced to the canon as a rogue mercenary discovering nefarious imperial dealings across the galaxy would be a nice, much-needed Star Wars: 1313 substitute in the wake of 1313’s cancellation. Plus, it would give us a narrative-driven Star Wars shooter that isn’t a multiplayer-only game. 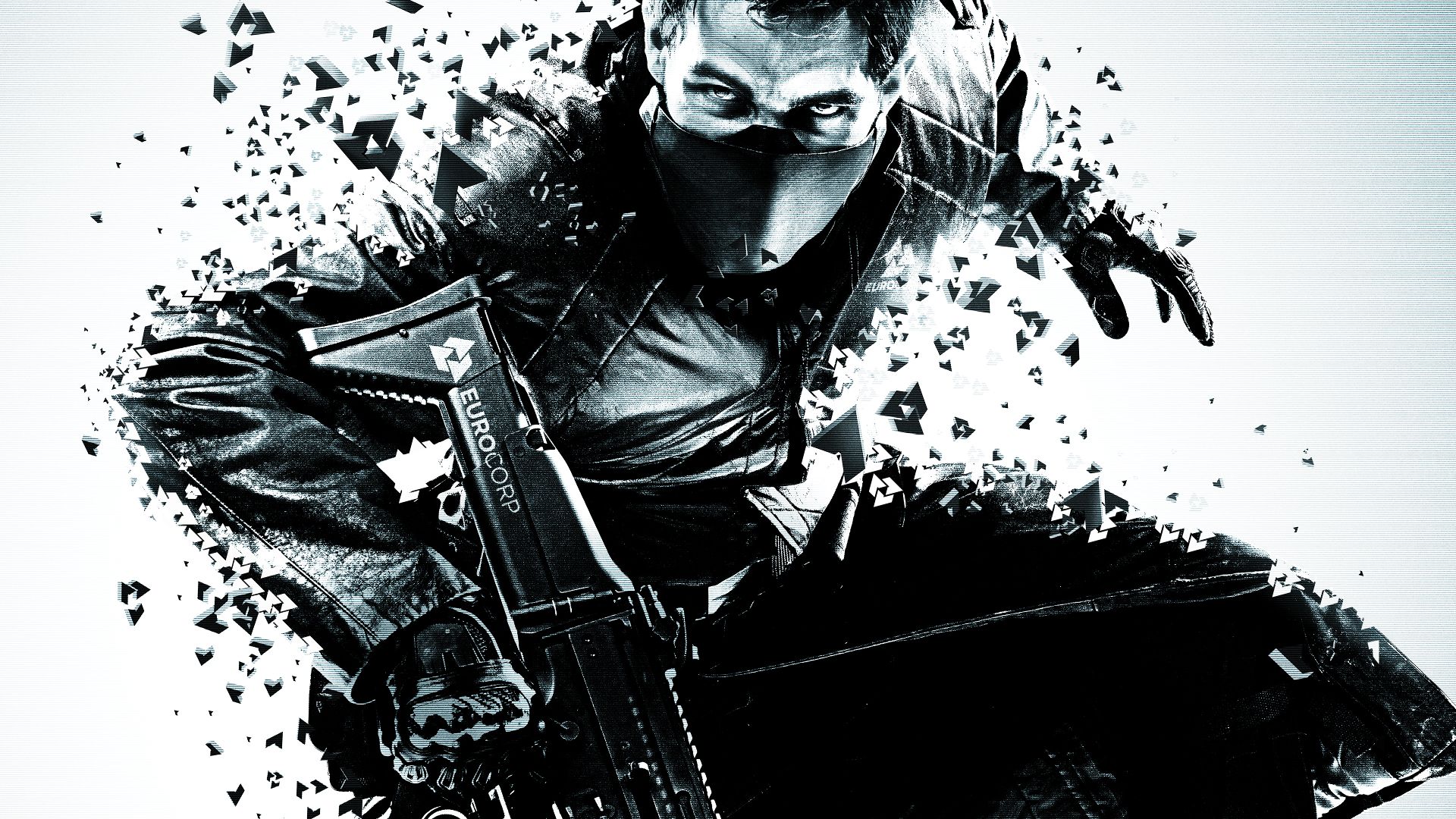 A hidden gem on the Xbox 360/PS3 and its own reboot of the 1993 game, Syndicate is a tight, well-crafted shooter complete with hacking and multiple options to approach combat encounters. It’s also filled with boss fights, level variety, sharp guns, and an original, sci-fi world populated with characters and personality. Bringing Syndicate back would be a brilliant way to re-introduce the cyberpunk/sci-fi series back into the mainstream. 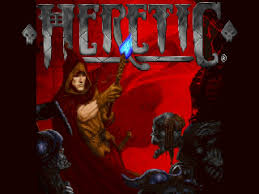 Heretic strikes a balance between embracing the awesomeness of killing demons in Doom while also taking place in a dark fantasy world with touches of horror throughout. That’s a balance we don’t see a lot of in our current climate, and it has the potential to be a really awesome series today. Due to its fantasy setting, Heretic opens the door to a wide range of different weapons with unique properties, including spells, potions, guns, and--if they wanted--even melee weapons. Mixing genres can be messy fun, and Heretic seems like a great avenue for doing just that. 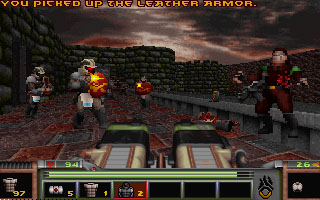 Plagues, resistance groups, RPG elements, and branching story paths are what make Strife an interesting prospect for a brand new revival. It’s not necessarily a mix we haven’t seen before, but not every game has to create a wildly new set of tools to play with. Instead, Strife could potentially be a game with BioShock-level story twists, and its RPG elements would add a layer of customization. 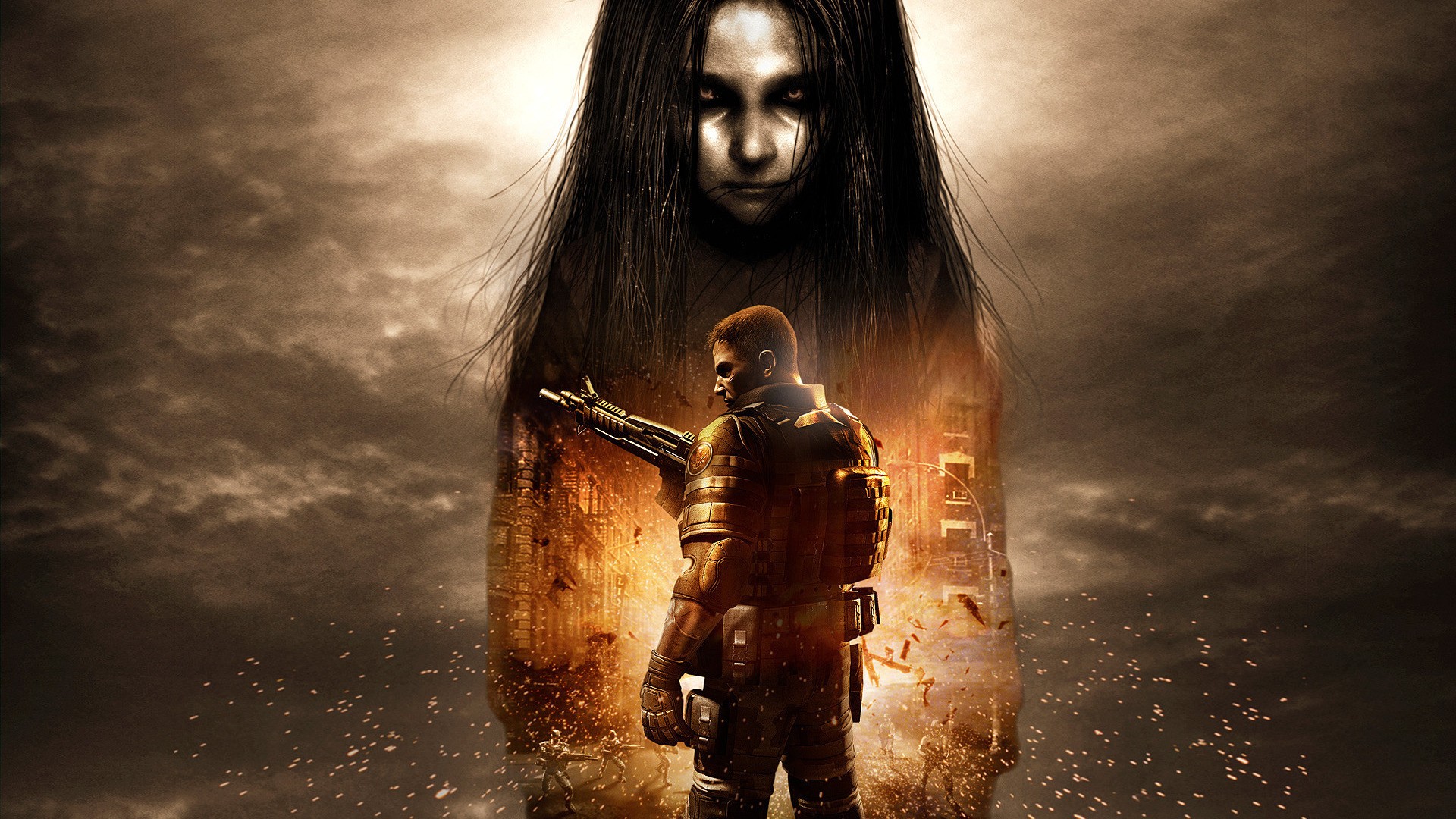 F.E.A.R. is basically a more realistic version of the Ghostbusters without the quips, gaffes, and marshmallows. Centered on a special forces unit used to contain supernatural entities, it’s a horror game with a lot of relevance and potential for a reboot. A horror first-person shooter also seems like a more enticing deal for major publishers, who tend to shy away from creating more traditional horror games for fear of limited public appeal and sales. Much like Dead Space, F.E.A.R. has the potential to be sold both as an action shooter and a horror game.

For more on classic shooter revivals, check out the Shadow Warrior 2 interview we did with the developers at PAX below.