Nintendo's stock is currently trading down 5% in Germany on the news that they lowered their full year sales and profit forecast for the fiscal year ending in March, 2017.

Please take a look at the revised guidance.

It's not all that bad, fellow shareholders. Nintendo sold part of their stake in the Seattle Mariners earlier this year for $661 million. That one time gain has actually caused the company to forecast net income of 416.22 yen per share for the full fiscal year. Net income grew 234% year over year in the first 6 months of the fiscal year in spite of all of the cross currents the company currently faces. Nintendo forecasts full year over year growth in net income of 203%, largely driven by the sale of the Mariners with some help from Pokemon GO. Revenues dropped to 136.812 billion yen, down 33% year over year for the first half of Nintendo's fiscal year. That tremendous sales shortfall has pushed Nintendo back into an operating loss of 5.947 billion yen for the first half of the fiscal year. The board of directors also announced that there would be no dividend for the mid year due to the company operating at a loss. It isn't all bad for shareholders that are willing to hold on until the launch of the Nintendo Switch as the board also announced a 40% increase to the full year dividend payout to 210 yen per share from 150 yen per share in the prior year. The stock's dividend yield is approaching 1%, which probably doesn't feel too great considering shares are down over 10% since the Switch reveal. 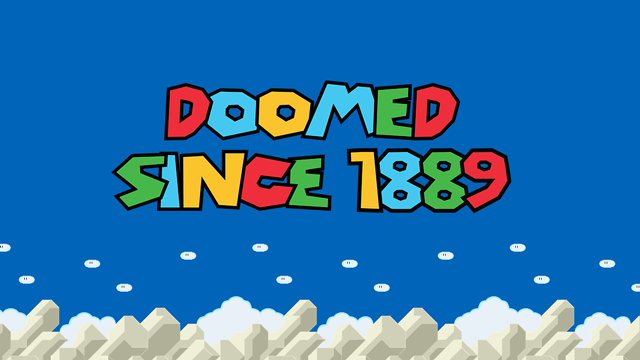 Nintendo addressed the cuts to their forecast:

"The Company modifies its financial forecast in consideration of a stronger-than-expected yen in foreign currency exchanges, sales performance for the six months ended September 30, 2016, the revision of sales prospects after the second quarter, and gain on sales of investment securities totaling 62.7 billion yen recorded as extraordinary income for the quarter since the Company's wholly-owned subsidiary, Nintendo of America Inc., has sold a part of its ownership in the company that manages the Seattle Mariners Major League Baseball team."

Nintendo assumed exchange rates after the second quarter and at the end of the fiscal year have been revised from 110 yen to 100 yen per U.S. dollar and from 125 yen to 115 yen per euro. The refrain of a strong yen headwind is nothing new to NIntendo shareholders, but the drop in sales is due to scarcity and weakness in the overall software offerings this year at the company as well as a reduced expectation of hardware sales leading up to the launch of Nintendo Switch.

What about Pokemon GO? Well Nintendo's share of profit from the mobile phone app amounted to 12 billion yen. Before all the doomsayers rain on shareholders' parade, it is important to note that Nintendo is only expecting to generated 10 billion yen for the whole fiscal year from operations. Pokemon GO has generated more profit for them in one quarter than the company will generate from operations this fiscal year. This highlights the power of Nintendo's entrance into the mobile space and lays the groundwork for Super Mario Run to add yet another source of income to a company that is clearly at a crossroads.

Nintendo President Tatsumi Kimishima said the company expects to sell 2 million units of Switch in its first month after it goes on sale in March of 2017. This is accounted for in today's revised guidance. Many analysts panned Nintendo's Switch trailer and have already declared the device DOA. The company has stated that they didn't tell us everything about the system, so I will reserve my judgement until I have all of the facts. Many of the rumors have proven to be true. The system has detachable controllers and is a tablet with a dock. Another rumor was that Nintendo new controllers may also support mobile phones such as iPhone or Android devices. It remains to be seen if there is some haptic technology on the touchscreen of the Switch as well. There are too many unknowns for any reasonable person to make a definitive statement on the viability of Nintendo's new hybrid console in a rapidly changing marketplace. I also don't think it is a coincidence that Tim Cook, CEO of Apple Inc., happened to visit NIntendo Headquarters in Kyoto, Japan a week before the Switch was revealed. 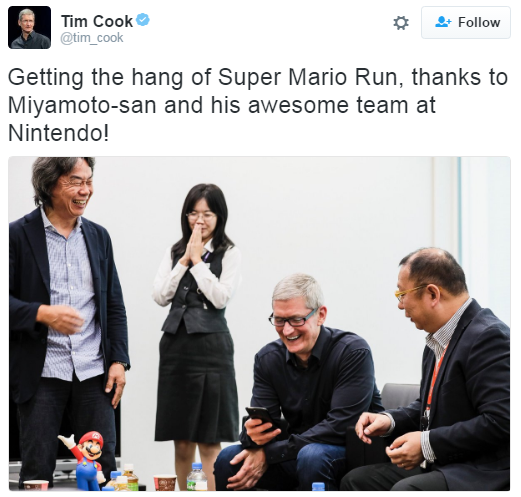 Nintendo has a lot of new streams of revenue and profit that are going to come online in the next year and beyond. Their continued efforts in the mobile space, upcoming amusement park, and video content offerings are frequently overlooked by many analysts. The future of the company casts a much wider net than Nintendo Switch by itself. It is that "Blue Ocean" strategy that has kept this company going since 1889. Their ability to pivot may prove to be their greatest asset.

Asif Khan, his company Virtue LLC, and/or his family members had the following positions at the time of this article:

Long Apple via shares and options