From start to finish, Sony's E3 press conference was a non-stop roll of trailers, demos, announcments, and genuine surprises. For convenience's sake, here's a rundown of everything they had on stage. For more information on each, click on he game name at the start of each entry.

Sony's conference kicked off with a live demo of God of War. With a bearded Kratos, his unknown son, and a new over-the-shoulder perspective, it's looking like a new direction for the storied franchise.

An adaptation of the Kara demo, Detroit touches on themes of humanity versus androids and what it means to be 'truly' alive. In this trailer, we watched a male android navigate hostage negotiations and investigate the case to alter the story.

The latest from Sony Bend, Days Gone is an apocalyptic zombie game with flavors of The Last of Us and Sons of Anarchy. It centers on a character with knowledge of the world before and after the fall and appears to be very heavily narrative-focused.

Guerilla Games' new IP continues to be an impressive one, and Sony's latest demo showed off more of the mechanized robotic animals existing against the backdrop of a seemingly prehistoric world. It will release in February 2017.

With a shadowy house, creepy aesthetic, and dark, horrific imagery, Resident Evil 7 looks like a return to the classic survival horror roots Resident Evil is known for. It's apparently first-person and PSVR owners will have the option of playing it in VR. Speaking of which...

PlayStation VR was a big focus for the conference, as the peripheral launches in October. A number of new experiences and games exclusive to VR were announced, including an X-Wing mission for Star Wars Battlefront, a Final Fantasy VR game, the sci-fi shooter Farpoint, and the Batman Arkham VR demo. Additionally, it was announced that both Resident Evil 7 and Detroit: Become Human would be playable in VR as well as with a regular console/television setup.

Hideo Kojima came out on stage halfway through the conference to reveal Death Stranding, a game looking suspiciously like it's resurrecting some of the ideas contained within the now-dead Silent Hills. Norman Reedus stars in this bizarre, surreal game, and we can't wait to learn more.

The upcoming installment in Activision's popular Toys to Life series was shown during the event, with an emphasis on Crash Bandicoot as a new, playable character. It's interesting news to put exclusive characters into a big game of this caliber, but the even bigger news will appeal more to classic PlayStation fans because...

...Sony's Shawn Laden entered the stage at one point and announced a deal reached between Activision and Sony that would allow them to remaster several of the core Crash Bandicoot games and release them again on PlayStation 4.

Insomniac Games is currently developing Spider-Man for the PlayStation 4. It doesn't appear to be a tie-in adaptation of any Spider-Man films, although little information about it is currently known.

At long last, The Last Guardian finally, finally has a solid release date. It will be available on the PlayStation 4 on October 25, 2016.

Some space combat from Infinite Warfare was shown during the conference, featuring zero-gravity fighting and spaceships. This is the second time Call of Duty has been at home on PlayStation platforms, so expect to hear more about timed exclusives in the next few months leading up to its release. 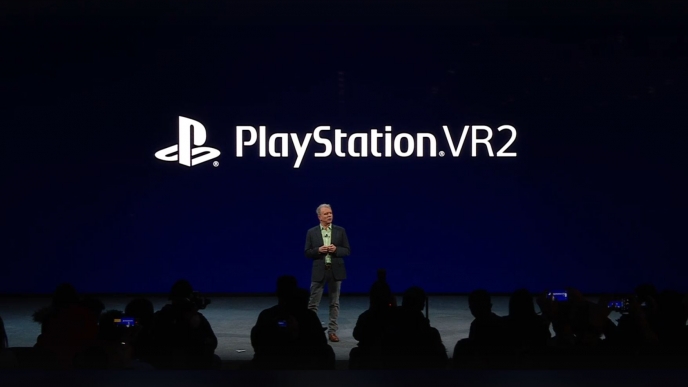 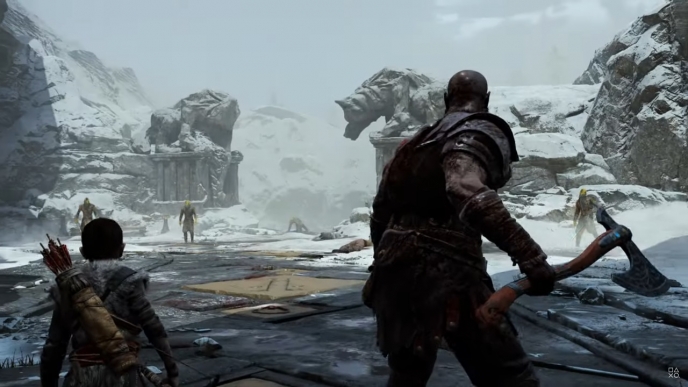