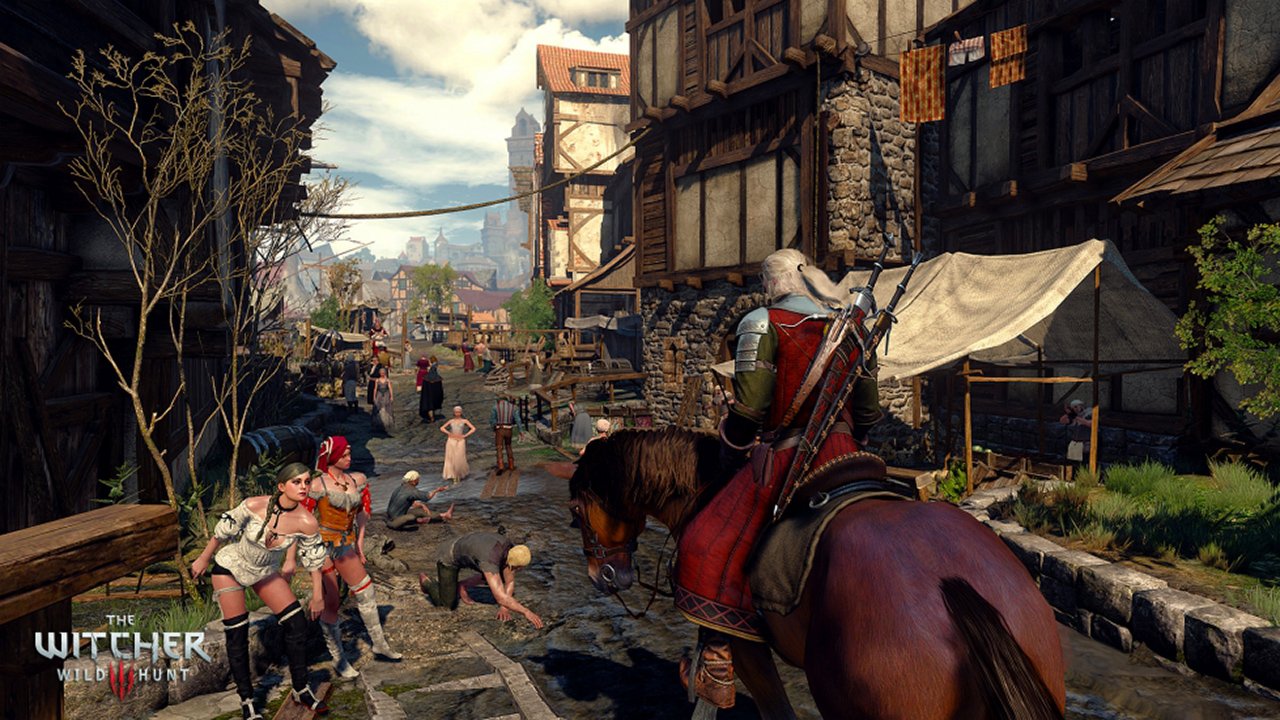 The Witcher 3 entranced players with its beautiful world, vast scope, and mature quest lines and dialogue. In anticipation of the game's upcoming Blood and Wine expansion, one of CD Projekt Red's moderators collected questions from fans and submitted them to quest designers Pawel Sasko and Mateusz Tomaszkiewicz, quest designers at CD Projekt Red.

Sasko and Tomaszkiewicz went above and beyond, giving detailed answers that illuminated their process for conceptualizing and implementing stories. "It always begins with an idea, but the origins can be varied," said Tomaszkiewicz in response to a fan who queried after how ideas for quests begin. "Many times the base idea comes from the writing team, especially when it comes to main storyline quests, but sometimes they come directly from quest designers, as was the case with most of the side quests in The Witcher 3."

Not just any idea will do. Designers submit notions in brief pitches, then cull the list. Once a pitch gets picked, the designers flesh it out into a full scenario, coming up with "the foundation behind the events, specific scene ideas, what should happen where," and so on. From there, the team takes several passes at the quest, shoring it up or scraping it and starting fresh when needed.

Once the writing is done, asset creators take over. "The quest designer prepares a list of all assets needed to implement that quest in the game engine – characters, locations, items, music, etc. As the other departments work on these assets, the quest designer implements the first draft using temporary assets."

That's not to say quest designers can wash their hands of a quest once they turn it over to artists. They're responsible for ensuring that the mood of the quest coalesces appropriately: lighting, ambient noises, music, and items to find and use are discussed and tweaked until they're just right.

Another fan asked about the most difficult quest create, either technically or creatively. Sasko and Tomaszkiewicz agreed that the Bloody Baron line of quests posed the biggest challenge from a writing standpoint, while the Battle for Kaer Morhen quest was more difficult in terms of technical implementation.

"Players could have between 9 and 16 characters supporting them, depending on all other things they did – and those characters could appear in any possible combination, plus some of them had to have additional separate scenes," Sasko said. "I had to make sure that every player who brought a unique set of characters had a quality experience that would stay with them for a long time."

The Bloody Baron quest line went through several iterations before it got the thumbs-up from designers. "The topic we decided to tackle was difficult and ambitious and required special attention. Karolina Stachyra, who did all the writing, spent lots of time with me dealing with nuances. Both Mateusz Tomaszkiewicz and Marcin Blacha offered lots of feedback and ideas to improve the writing – we wanted to present mood of Velen through the character of Baron and sketch the similarities between two fathers who lost their daughters."

Ultimately, the Bloody Baron quest won the Golden Joystick Award for Best Gaming Moment in 2015, making all the effort worthwhile.

There are plenty of other questions and answers to read through, so be sure to check out the forum post.