One game above many others has been the talk of virtual reality circles. While EVE Online has been around for many years, it's developer CCP's spin-off that has been drawing attention for its proficient application of the virtual reality idea. The game has undergone some major visual and logistical changes since it first debuted as a Unity-built effort in April 2013. EVE: Valkyrie now puts players in the cockpit of their own starfighter in Unreal Engine 4 and throws them right into the vacuum of space, where they'll immediately fight for survival.

With Oculus Rift's final release date on the horizon, it means that Valkyrie is likewise almost finished. The near-finished state showed in the demo that I tried out at this year's Consumer Electronics Show. The demo was already unlike anything I had seen out of virtual reality thus far, as I was able to look around and feel like I was in the middle of a space station and, soon enough, feel like I was in the very middle of a galactic dogfight. 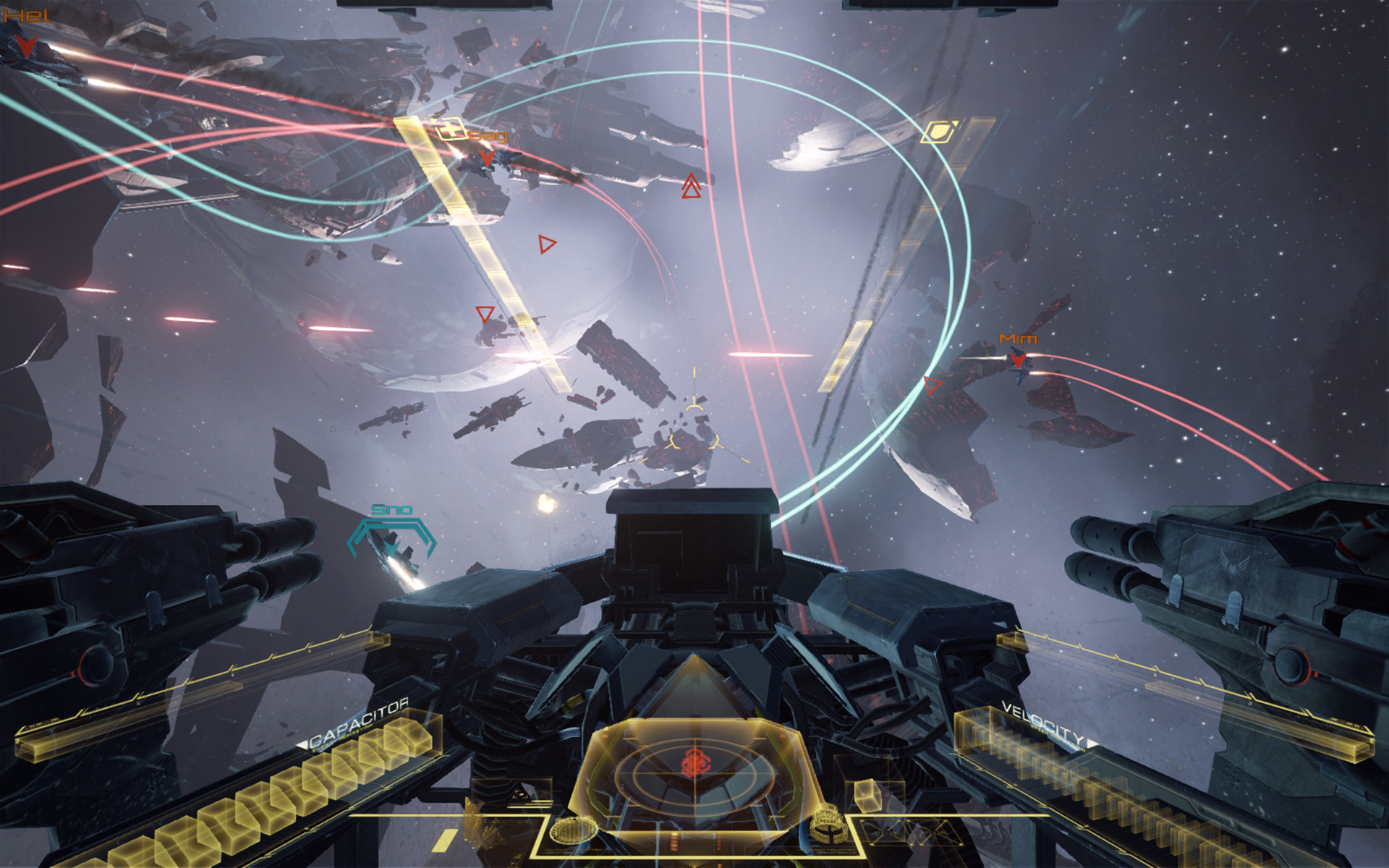 The sole disconnect for VR users might be the use of the Xbox controller (360, in the case of this demo) to navigate the fighter. Like Lucky's Tale before it, I had to quickly unlearn an old gaming staple: the right analog stick is not for the camera. You are the camera now. The idea here was to seek out enemy fighters and shoot them down with the right trigger or lock onto them by gazing at them and firing homing missiles. It's an intuitive idea and one I was able to grasp quickly.

There are a few ideas that CCP implements to help make up for some of the "gaming logic" ideas that needed to be tossed out for the sake of VR. For example, audio design and the ship's diagnostics systems is meant to help guide players towards objectives, since the game does not feature a traditional HUD. That's something of a double-edged sword, as it amplifies the realistic element, but also means you won't have a traditional radar to indicate your position on the map. You'll mostly have to determine your position based on instinct.

There are many more elements to EVE: Valkyrie that I wasn't able to try out in my short time with the game. There are numerous game modes, different ship classes, and an entire progression system. This was meant as a way to introduce me to the action and it did its job of convincing me of what VR is truly capable of. It was also remarkable to see the nausea element taken down to near-zero, which CCP's Adam Kahn attributed mostly to settling in and sitting down. 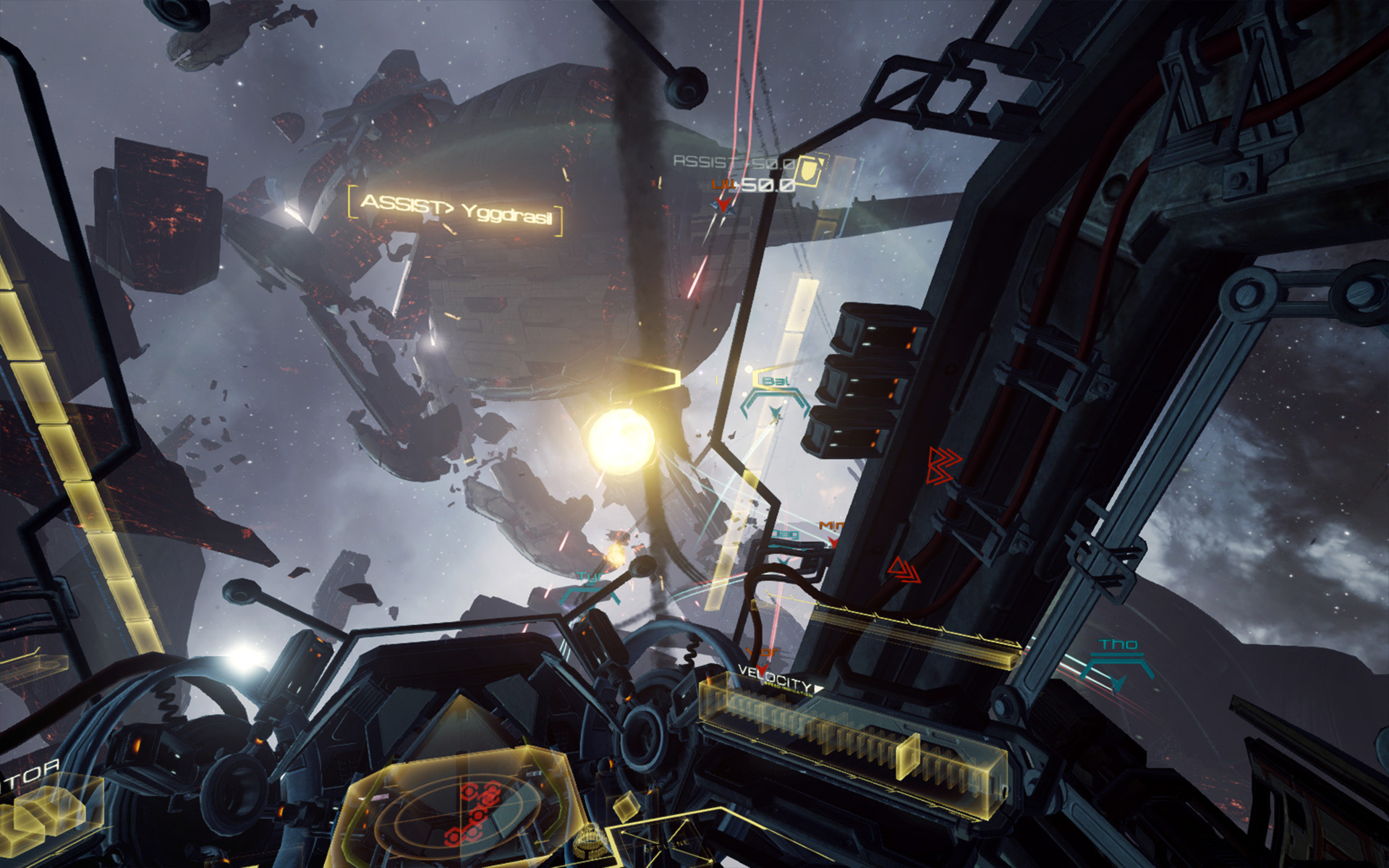 "To start with, I think we had something that worked really well because of the fact that you're sitting in a ship and you're sitting in a chair," Kahn told Shacknews. "That's one of the main reasons people don't have a problem, because even when we were running on the first dev kit, people didn't have a problem. So all the physical changes and technological changes that Oculus has enabled with low persistance, higher framerates, higher resolution certainly helps, but we think that the simulation nature, your brain understands that you're in a cockpit, is the main driver of that."

Kahn had some more to tell Shacknews, including information about single-player content and post-launch support, and that interview can be seen below. EVE: Valkyrie willl release in March and will be packed into all consumer versions of the Oculus Rift. Meanwhile, those with Oculus Rift dev kits will be able to assist CCP in its final push to release when EVE: Valkyrie begins its last alpha test on January 18.