The Blizzcon atmosphere was something to behold this year, especially from the perspective of one of the attendees in the Anaheim Convention Center. Fans began filing in for the Friday opening keynote a little over an hour before the opening keynote and as those fans waited, the projector screens and monitors were tuned to the event's live coverage. Blizzard's whole catalog was mentioned at one point or another, but no game received a louder reaction than World of Warcraft.

It's a testament to the MMORPG's long-term success that its fanbase can remain loyally rabid for its next expansion, but when one looks at the subject matter, it's easy to see why there's some major buzz. Legion marks the return of a dire threat to Azeroth, with the Alliance and Horde both facing the ominous threat of the dreaded Burning Legion. But on top of the story content, Legion will also include a number of new features to the game, like Artifact weapons, new areas, and a shift to PvP. To learn more, Shacknews spoke to production director John Hight during the weekend's Blizzcon event.

Shacknews: Having now seen the introductory cutscene, where is the World of Warcraft story as of Legion?

John Hight, Production Director: We're bringing a lot of hints about things. As you might imagine, we've given you the sneak peek, Gul'dan is up to some trickery. It looks he's pulled something out of the ice and that's going to set up for the Legion to return. In this particular case, what we're getting at, since they're such a threat to Azeroth, it might be in the best interest of the Horde and Alliance to work together. It doesn't mean they always will, but that's what we're setting up for.

Shacknews: We're jumping into some new territory! We're headed into the Broken Isles. What can players expect to find in this new area?

Hight: The centerpiece is the Tomb of Sargeras. That's actually one of the things you'll have to find out what went down there. It's kind of interesting, Dalaran is back, so that's going to be your hub. We're upgrading it and adding a lot of new things to it. For one thing, VIolet Hold is back. It's going to be an upgraded dungeon.

From Dalaran, you'll be able to go to any of the zones in any order that you want. In the past, you might have had to level by going, "Hey, I'm going to go here to go from 92 to 94 and then I gotta go over here." In this case, we're going with a new technology called "scaling zones." And that allows you to go in any order you want. Now we are reserving the last zone, which is the city of Suramar. That's an ancient night elf and it's where a lot of our end game content starts.

You probably saw the overview that Alex [Afrasiabi, Creative Director] gave. If not, we have a pretty nice lore overview of the zones. Azsuna is a zone that has an academy that's been blown apart. That area is ancient, but it's a little bit wild. There's still some magic there with some interesting creatures in there. People will probably go here first, but now that people can go anywhere, they'll find some self-contained stories, as well.

Shacknews: What can you tell me about the new Demon Hunter class? What makes this class stand out and what made this the right time to add a new class?

Hight: We've always to do a Demon Hunter. It's something the fans have asked for since Illidan came on the scene. The best time, we thought, was… well, we had planned for a while to do another Legion invasion and what better time to have a class of Demon Hunters than when there are a bunch of demons running around wreaking havoc?

The class itself, we have two specs for it. We wanted to make each of those really powerful, really cool, and feel different. There's a DPS spec and tanking spec. DPS is all about melee combat, but the class is extremely versatile, with the ability to do Fel rush into a crowd or out of a crowd. You'll be able to double jump or glide. They can hop around both inside and to get into battle or out of a battle. 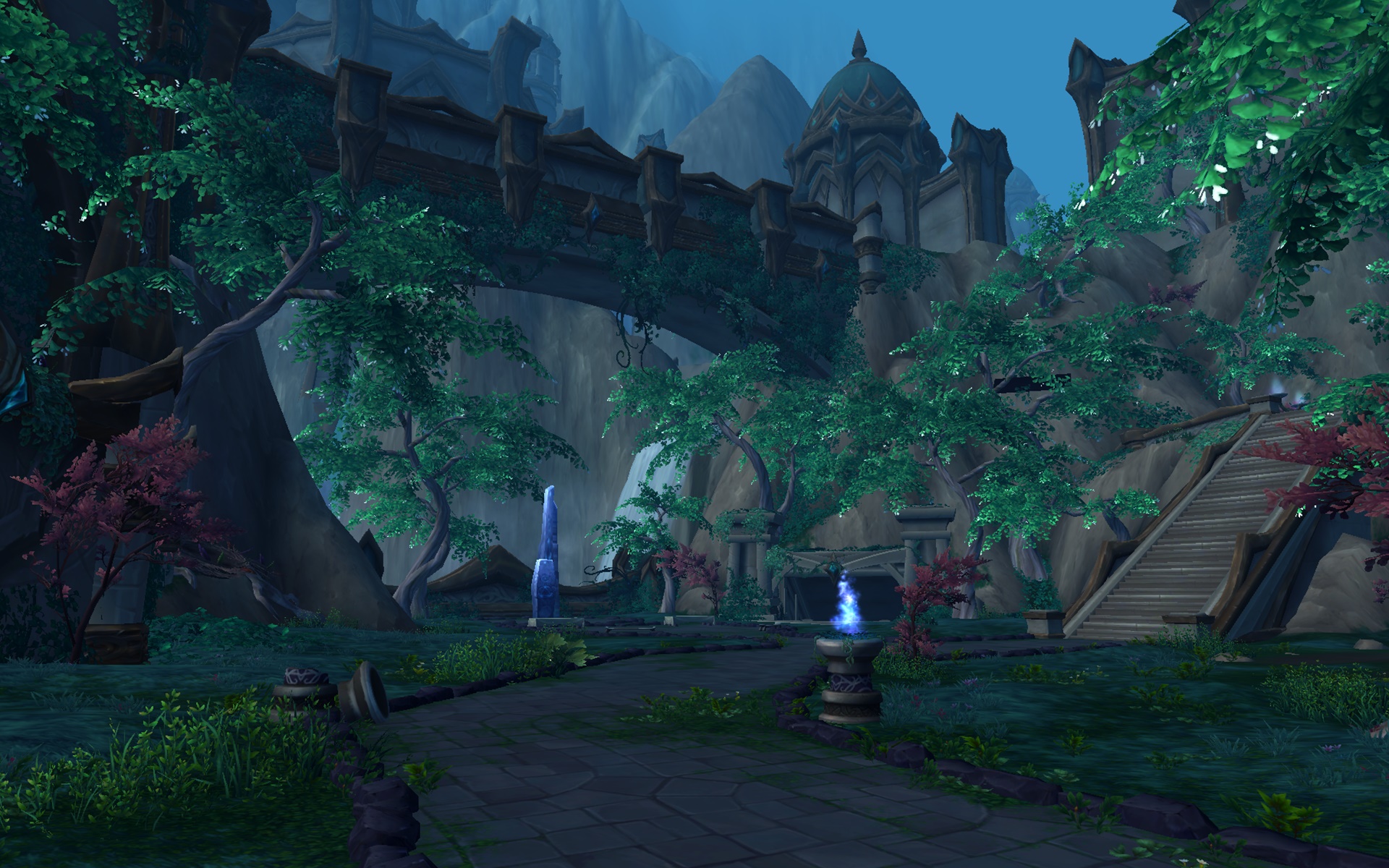 Shacknews: You're also introducing Artifact weapons with Legion. Can you explain how these work?

Hight: So when you've selected your spec up front, you get sent on a series of quests to go acquire your Artifact. The Artifact itself is your uber weapon. Think of some of the coolest Legendaries in the game and multiply those by ten. That's what your Artifact weapon is. Not only do they look, but they have incredible powers and you can customize what your Artifact not only looks like, but through the course of leveling up in each one of the zones, you're going to be able to get a Pillar of Creation and those things are your super powerups for your Artifact weapon. There's a tech tree you can go in and attribute to specific attributes, so if you know you want to guide your weapon towards a certain ability, you can put points towards that direction.

If you play the game, not only through max content, but beyond, you should be able to unlock all the abilities on your Artifact weapon. These things are super powerful. You actually won't be getting other weapons in the game. Those are the weapons that you have throughout Legion.

Shacknews: So once you get it, that's it? And that was my other question, was whether these weapons had a level cap?

Hight: Well, they don't level in that sense. If you had actually done all the content to power these things up, you'll get all the abilities for it.

Shacknews: And are there specific missions or dungeon quests to power those weapons up?

Hight: Yeah, and not all of those have been 100 percent nailed down. We know what all the abilities are. But we'll do this throughout the beta, we'll find points where we go, "You know what? This will be an awesome place to put this reward in." We do have a few quests that are specific to where you get a Pillar or an ability, but we'll sprinkle it throughout to add some magic to leveling.

Shacknews: Legion is also going to mark a strong shift for PvP. Can you explain some of the changes, like the Honor system?

Hight: We kind of looked at the whole PvP system and we've always been wrestling with gearing up for the world and gearing up for specific PvP. And at the end of the day, with PvP, we want it to be about your ability. So we've removed the additional boosts you might get from specific gear. We've taken away the idea that you've grinded for gear for a year and then a noob arrives on the scene and you make life miserable for them. So now it's more about your talent, how good you are at playing your class and we have a whole new Honor system that reflects that. Now you do upgrade, obviously, but it's about your character and not the gear you've managed to get.

Shacknews: Lastly, we talked about Demon Hunter and how that class is going to be, but what are some of the changes coming to existing classes?

Hight: The first change is in the Artifact weapons, with weapons for each one of the specs. That's going to affect both the look and the abilities on them.

Some of the specific things that are changing, for instance, the Hunter, the class that I play as my main, we took the Survival Hunter and made it into a melee, instead of a ranged class. So you'll have a staff, the staff is returning for Hunters, and your pet will actually fight alongside you. The Marks Hunter is going to use a bow and they won't have any pet at all. If you've played Hunter, they have this Lone Wolf talent selection. This will now be permanent as part of Marks. And Beastmaster is kind of a traditional Hunter and he'll be able to retain pets and use ranged attacks with weapons and guns.

World of Warcraft: Legion is set to arrive in Summer 2016.