Blizzard has revealed Overwatch: Origins Edition is expected to launch in spring 2016.

The reveal comes from Blizzard’s own Battle.net website, where a large advertisement of the game can be seen. The ad shows the game will indeed be present on consoles in addition to its PC version, which we learned about earlier today. 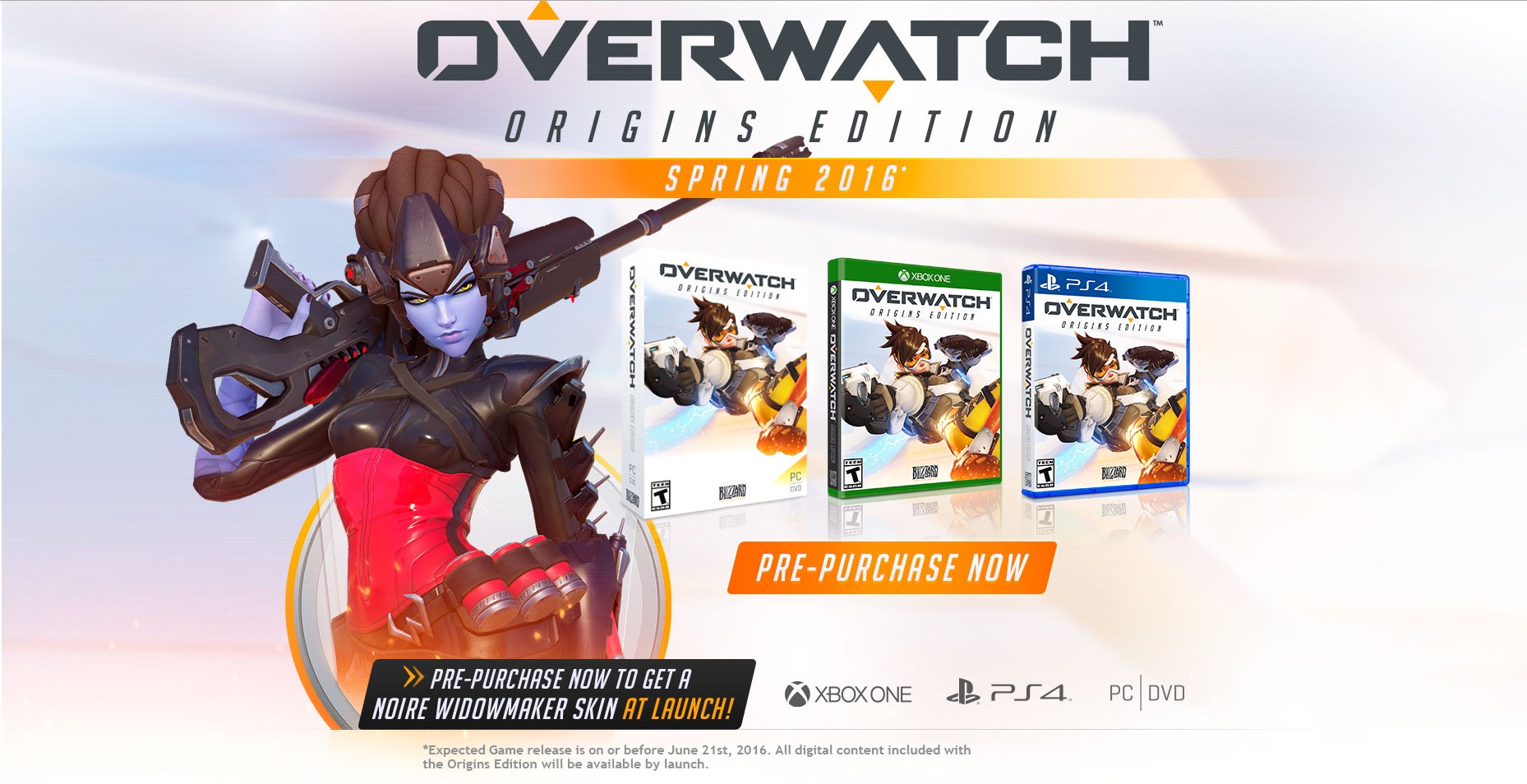 Blizzard is offering those who pre-purchase the game a Noire Widowmaker skin when the game launches some time in spring 2016. In fact, Blizzard explicitly mentions the game will release “on or before June 21, 2016”, which just so happens to be a day after the start of summer.