It's been a couple of months since 2K Games and Gearbox Software first introduced the gaming world to the Battleborn campaign, where players can select any of 25 heroes and team them up for an adventure to save the last star in the universe from the clutches of Lothar Rendain. The opening minutes of Battleborn have been front and center since first revealed at E3 2015, but now it's time to take a look at a new area of the campaign, one that sees the heroes dealing with a malfunctioning character.

Shacknews recently had a chance to try out another of the campaign's stages. This one saw Kleese sending out the Battleborn heroes to deal with a malfunctioning AI called ISIC. Playing similarly to the previous one at E3, the idea of this stage was to move forward and deal with any waves of enemies that ISIC sent out. While the enemies were mostly the same grunts and brutes that inhabited the first stage, these new mechanical foes also had some tricks up their sleeves. Some of them would attack with explosives and others would activate shields, which meant they could only be harmed from above.

The stage came to a head when ISIC sent out a big, bad boss at the Battleborn heroes. A boss called… Geoff. A massive spider creature came down in the open tundra, declaring himself to be the Spider King. He was the "King of all Spiders," he crowed, until ISIC corrected him that his name was Geoff. That led into a multi-stage boss battle, in which players not only needed to fend off Geoff's attacks, but also weaken him by hitting another part of the stage and activating the Halon System. Once the switches were flipped, Geoff was weakened, allowing the Heroes to attack. Even in a weakened state, though, Geoff was an extremely tough foe, sending out exploding minions to kamikaze themselves before launching missiles that napalmed entire sections of the stage, as well as area-of-effect lightning attacks. All the while, he'd quip that he was the king of the spiders!

In addition to a new campaign level, it was time to meet some new Battleborn heroes. The new faces included: 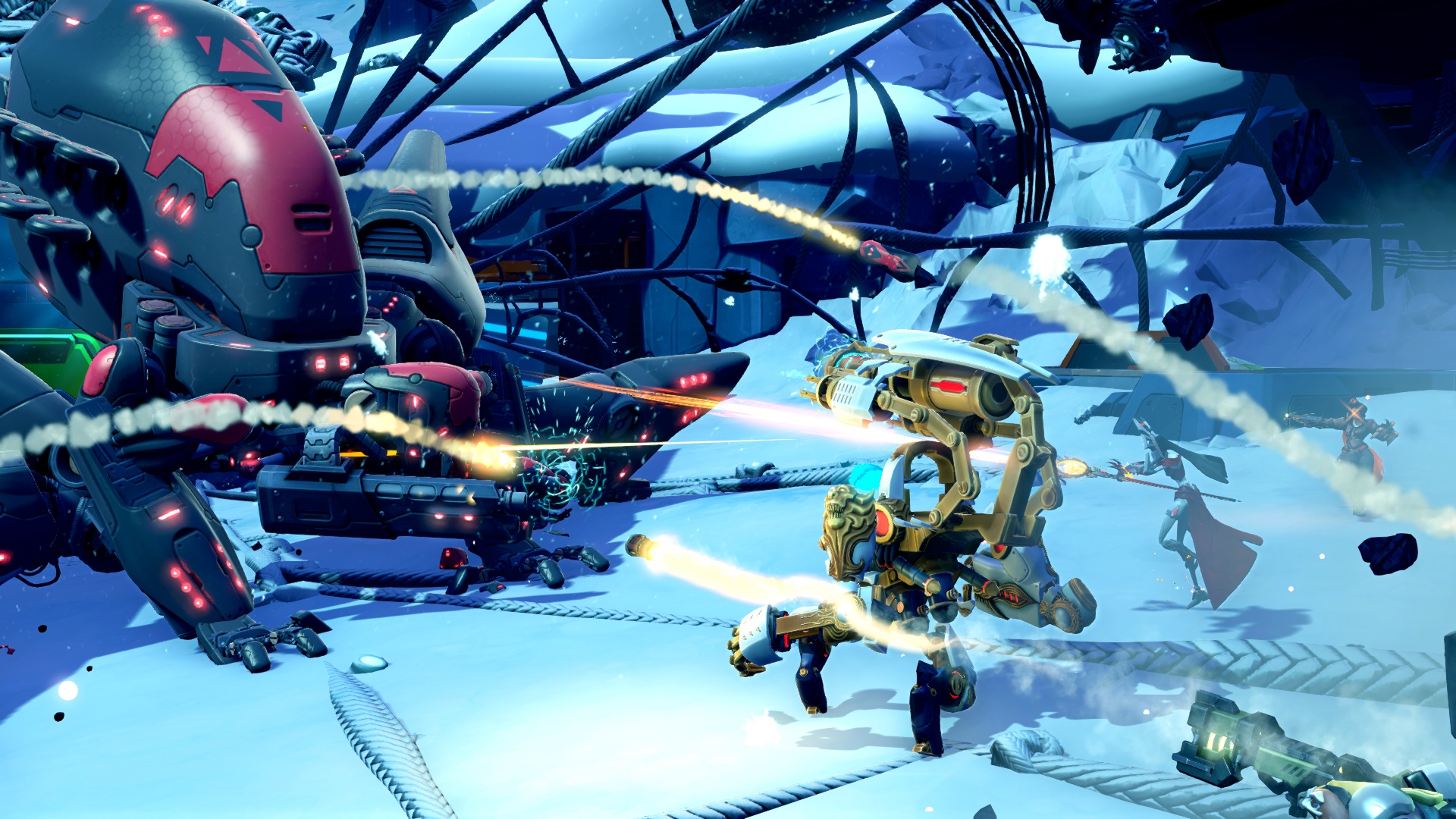 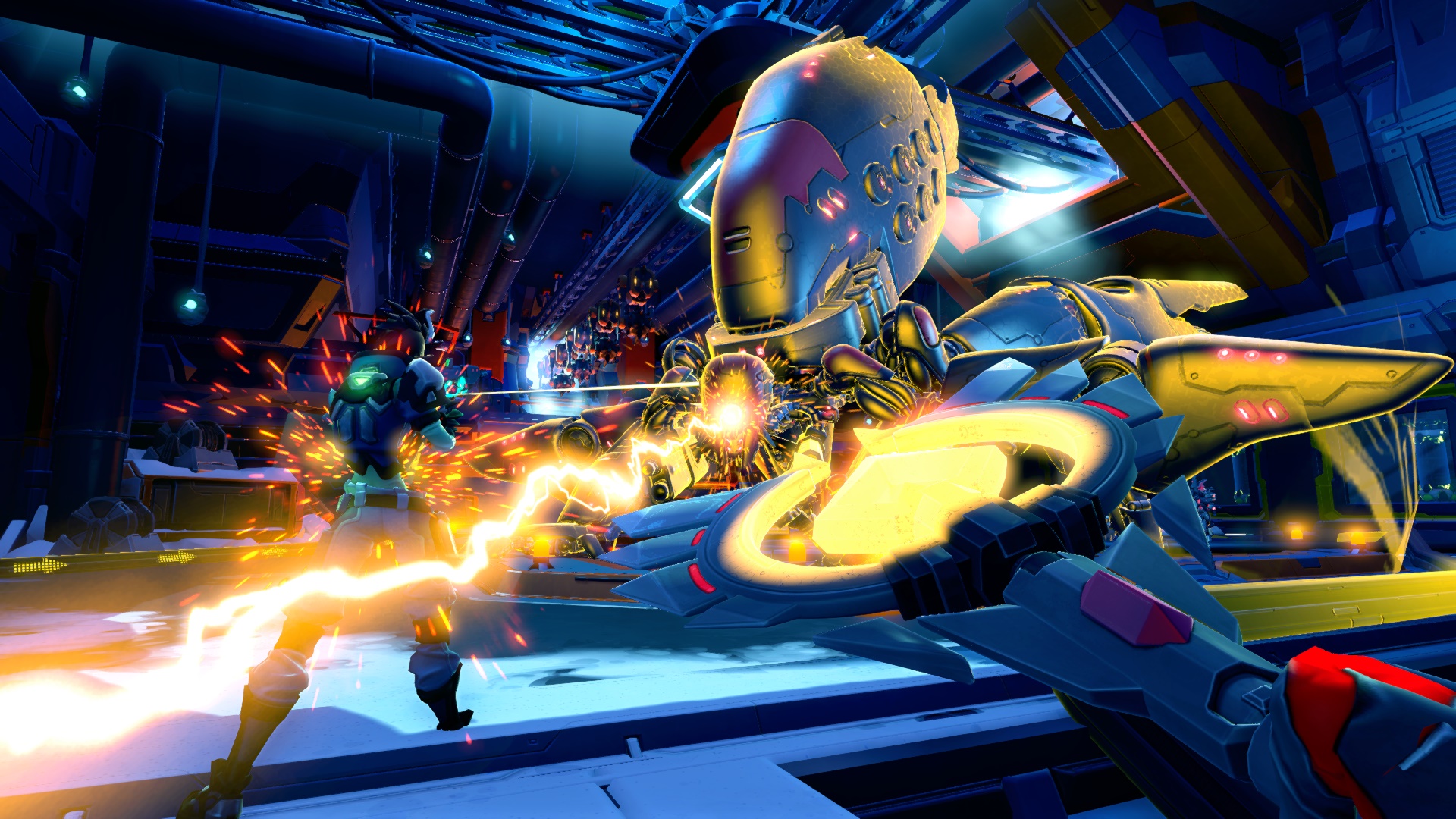 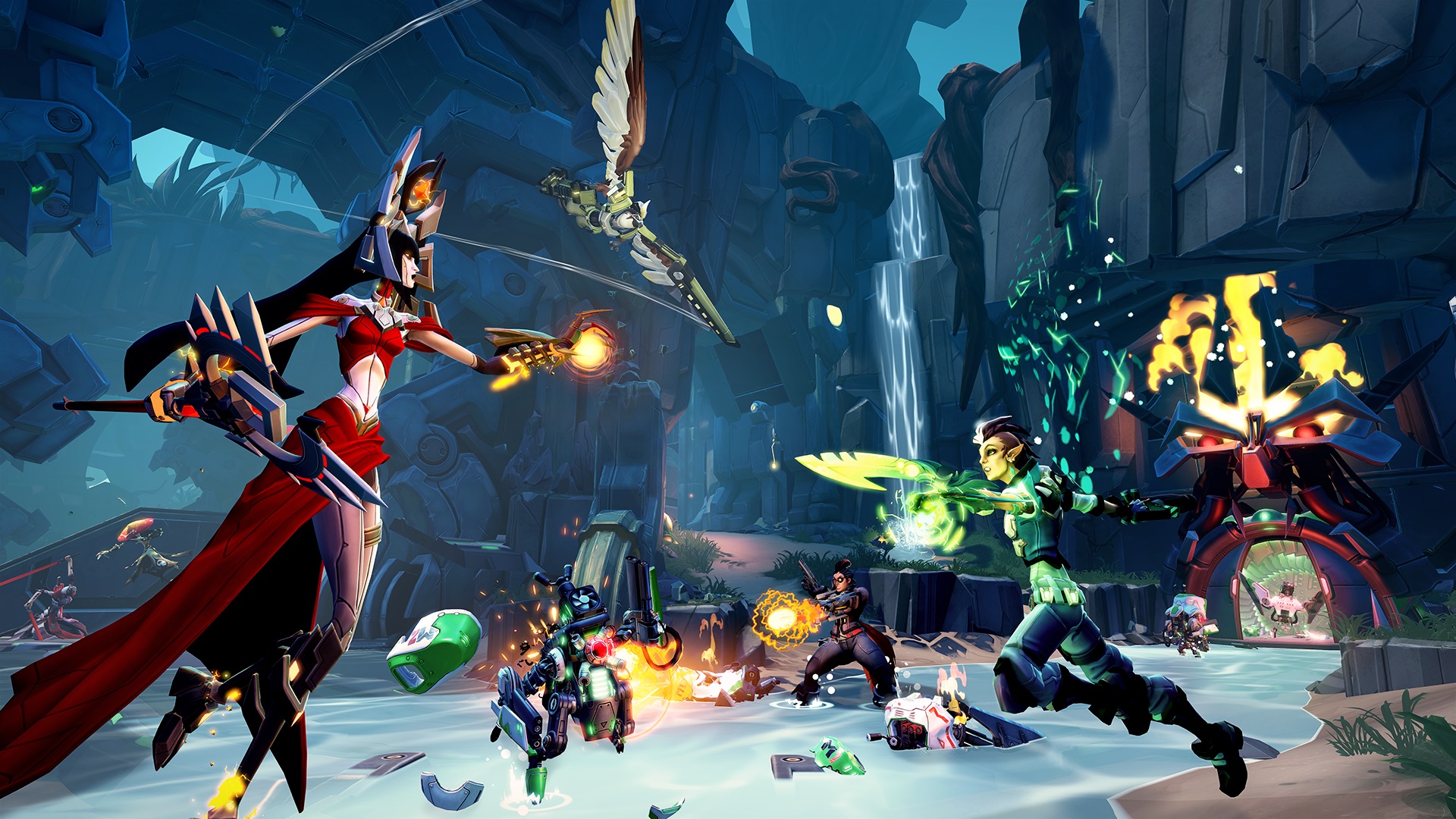 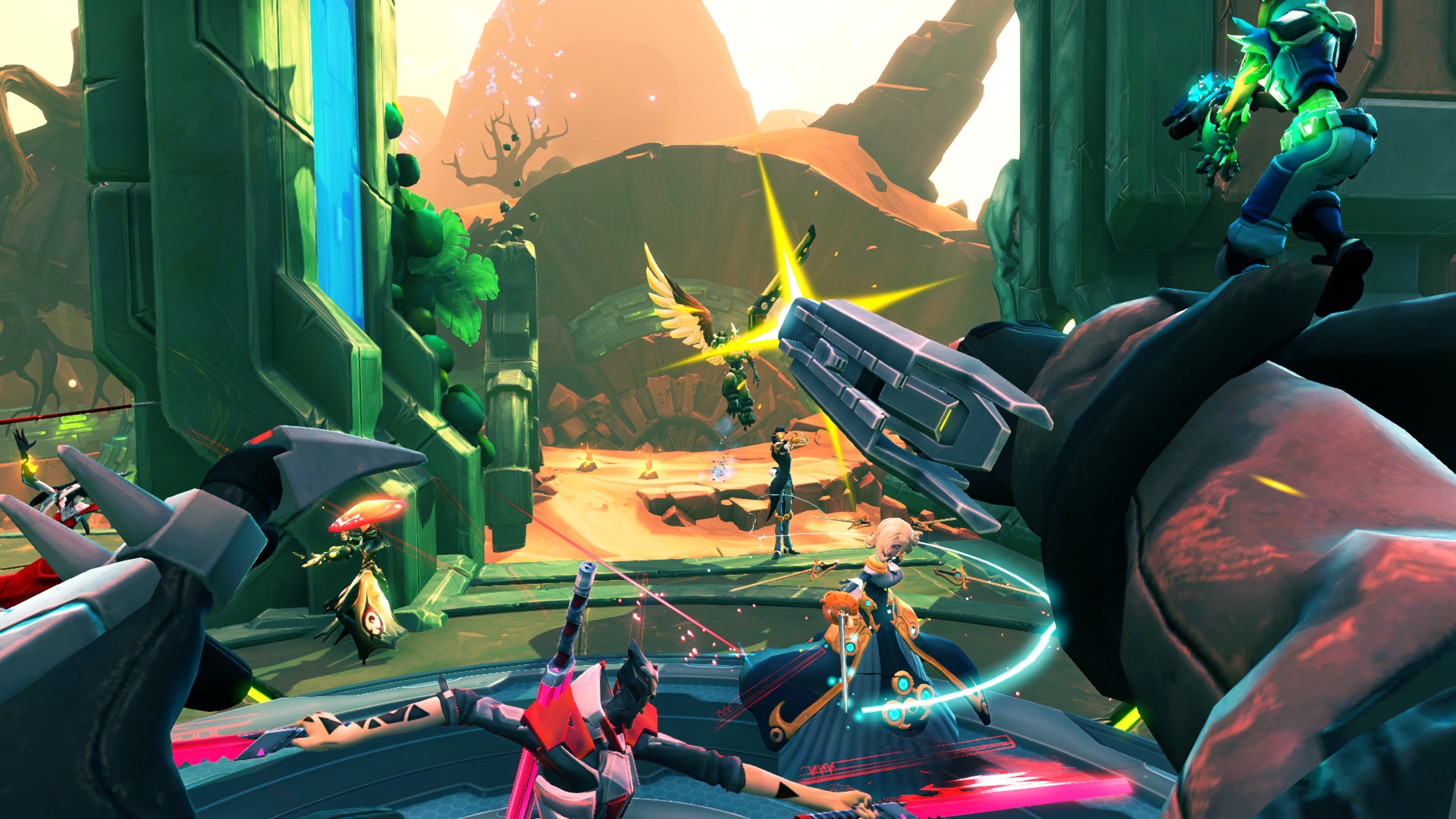 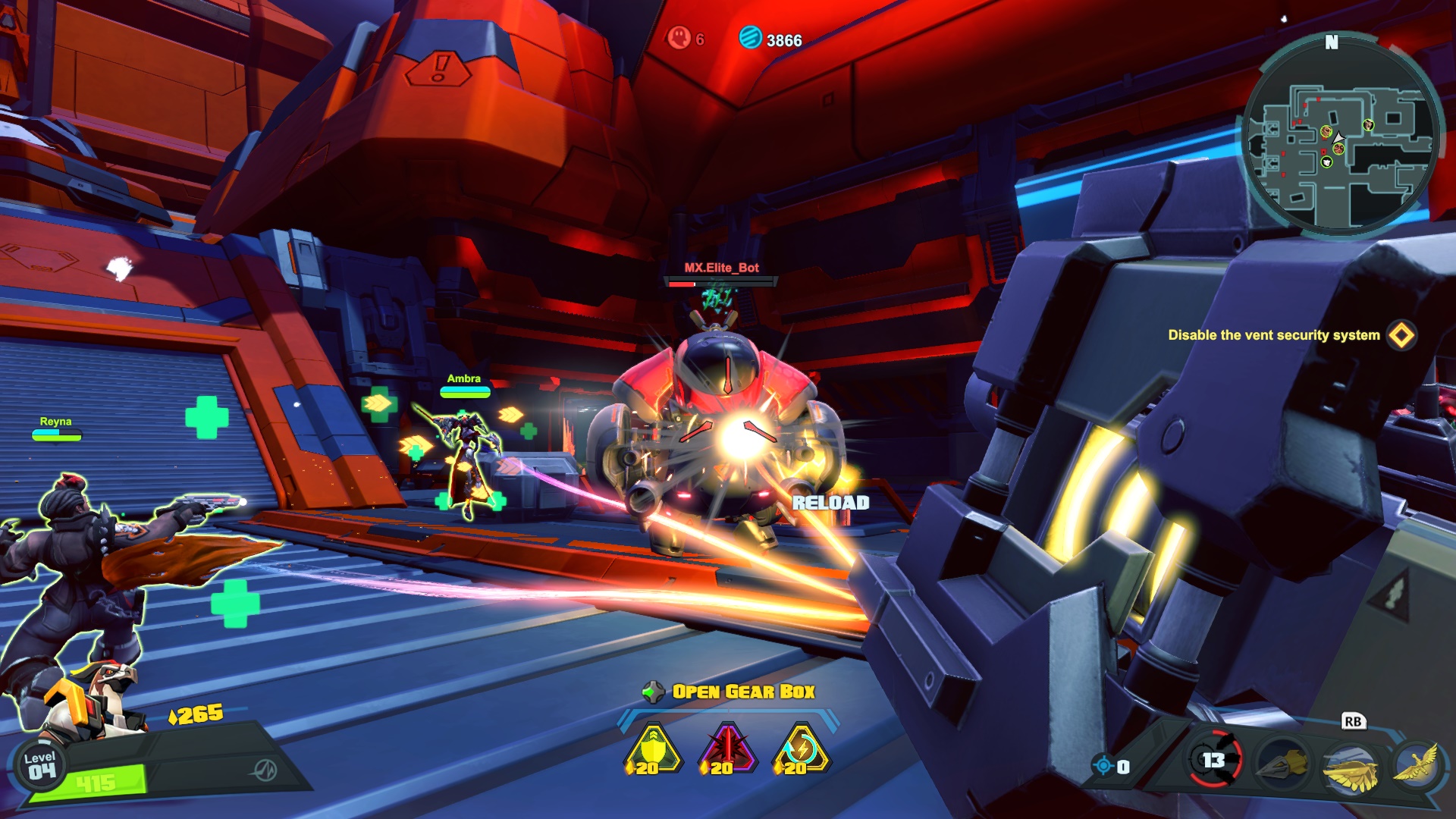 It won't be long before players can get a taste of Battleborn for themselves. The closed beta is set to begin on October 29. But there's more to Battleborn than its campaign, as 2K and Gearbox also revealed the game's competitive multiplayer for the first time. Come back to Shacknews in just a couple of minutes to see exactly how that aspect of Battleborn is coming along.