This has been a momentous week for the creators of Wildstar. Yesterday marked the launch of the game's long-anticipated free-to-play update. As some may have expected, the update has brought in an influx of new and returning players. In fact, there were so many players coming in that there were reports (including from our own Chatty community) of server issues throughout the day. A problem, for sure, but one that also serves as an indicator of piqued interest.

So what will this massive update mean to the folks at NCSoft and Carbine Studios and, more importantly, what will the update mean to the Wildstar user base? Shacknews recently had an opportunity to sit down with creative director Chad Moore to discuss user feedback, the free-to-play update itself, and what the future holds for WildStar. 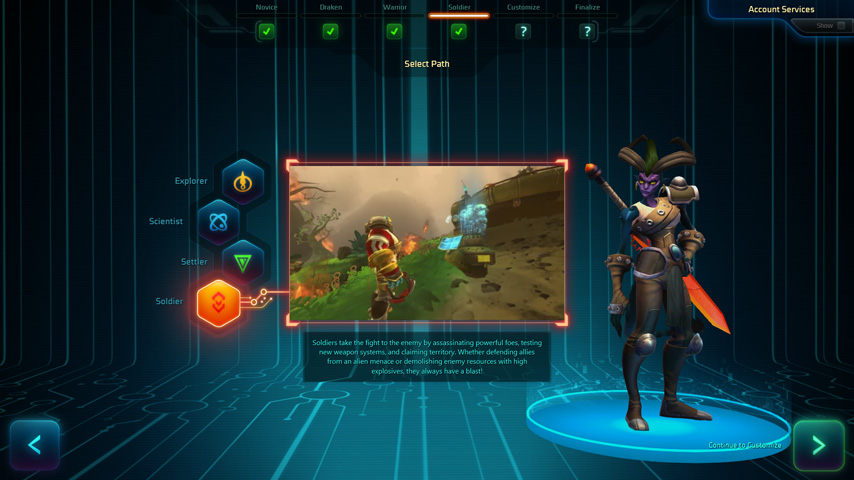 (Editor's note: The following interview was conducted on Tuesday, September 15, prior to the launch of WildStar's free-to-play update.)

Shacknews: What's been the feedback from WildStar's user base on the free-to-play update beta that's been going over the last month?

Chad Moore, Creative Director: It's been great, even when it hasn't been great. Even when players have been like, "Hey, there's certain things we don't like." That's what closed beta is all about. For us, we wanted to get some of these new changes and new updates for the game into players' hands, so we could make adjustments and continue that overall process that we've been in since the beginning of the year. So I think in many cases, it has been good, because all of the changes have been received very well, but even when those changes haven't necessarily been received very well, we have been able to make adjustments and improve the experience for everybody. I think that's the best part of CBT.

Shacknews: Specifically, what hasn't been received so well?

Moore: One of the things that we talked about is sprint. So we basically changed our sprint mechanic so that sprint was always on. But when players jumped in and experienced that, there was a lot of things where they said, "I don't know if I like it in this particular case," or "I just don't like not having the control." So we are currently in the process of giving players more control over the sprint mechanic that they'll be able to toggle. So you can either keep it the way we have it in the game now or you can toggle to the new control scheme.

Shacknews: I know that for WildStar, mobility is important for things like combat, so do you expect experienced players to keep that sprint mechanic the way it was?

Moore: They may. I think it'll depend on who you're talking about. Some old players or experienced players might say, "I like things the way it used to be, so I want to keep it that way." You'll get other players that say, "I kind of like the way this new thing works." And again, I think the important thing for us is giving players a choice. Whether they like it the old way or the new way, the important part is that they get to choose which one is best for their particular play style. 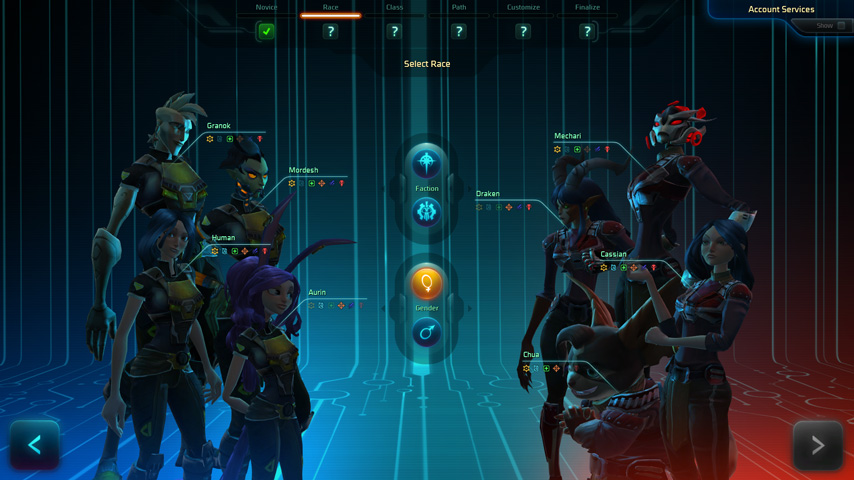 Shacknews: I know the closed beta was aimed mainly at current WildStar players, but that probably means they won't be looking at the new tutorial or the new Alpha Sanctum scenario. So what kind of feedback are you expecting from players?

Moore: I think to start out that discussion, I think it's important to note that we did invite all of our existing players and allowed them to sign up. We let those players into the beta in waves. We're almost at the point where all of those players have been invited to play.

The feedback about the new character creation, the new arkships, and what we call the 'New Players Experience,' which is really levels one to three and a little bit beyond that, has been received almost universally with enthusiasm. I think players really like character creation, in particular. They think it's way better than it used to be and I agree with that. We've got these videos up now explaining classes. Paths in our game is something that's unique to WildStar, so you might not necessarily know, "What does it mean to pick the Explorer?" Well, now we have videos showing you what kind of gameplay is associated with being an Explorer: jump puzzles, surveillance quests, and that kind of thing. It's just prettier from our standpoint, too. So overall, that's been really well-received.

The new arkships, which is our opening tutorial levels, we've really streamlined those, so you get through them faster. The stories are punchier. We've really tried to highlight the conflict between the Dominion and the Exiles, so that is the core thing as you're going into your adventure on Nexus. That's an important backdrop to set up and we really try to bring that to the forefront with the new arkship experiences. And then, overall, I think just the general quest flow, where objectives are located, kill counts, and all those things have been adjusted in those early levels to make the overall experience just a bit smoother. And players almost across the board have said that all of that together have made a way better and more compelling early game experience.

Shacknews: What changes are you observing in PvP circles with the new update?

Moore: It doesn't come as a surprise to anyone that we've had some challenges with our PvP community. I think the changes to how PvP gear works and the way that progression works, I think players are way happier with now. I think they are generally happy with the class changes that we've made, so the hope as we get closer to launch, is that a lot of those players that jumped from our PvP servers to our PvE servers will jump back with this new influx of players that are coming in. I think the systems that we have in place now are improved to the point that will keep more players engaged and more active on our PvP servers.

Shacknews: What's the next main focus for the WildStar team once the free-to-play update drops?

Moore: Well, we've talked already about two events that are coming after the launch. One is Shade's Eve, which is our first holiday event. It's the equivalent of Halloween in the WildStar universe. We've got the Hoverboard Z-Prix Invitational, which is a really fun event where we've set up hoverboard tracks in many of our zones around Nexus. Players can get rewards for doing those. We've got these big hoops that we're jumping through with giant jumps and speed boosts and, as you engage with that content, you will eventually be able to earn cool costumes. I think there's a new mount that we'll be releasing an image of as we get closer to the event.

Those kinds of events are the things that we're really trying to focus on once we get passed the transition. Big updates to the game, whether those are new dungeons, new zones, or new raids, are important, obviously. But I think holiday events and seasonal events, little one-off things, are the glue that holds all of that content together. That's obviously something we haven't been doing. A lot of those things got pushed to the backburner while we figured out how best to improve WildStar overall, but now that we're to that point, those are the kinds of things you're going to see in our game all the time.

Shacknews: Now that we're reaching the free-to-play update, what would you say is the biggest difference between WildStar now and what WildStar was on day one?

Moore: That's an easy one. On almost every front, we have focused on making our content accessible to the largest number of players. So you look at the addition of Veteran Shiphand missions. There was a lot of talk early on that, "Hey, I get to max level and there's nothing to do if I don't want to raid." Now you can run Veteran Shiphand missions.

We added the Contract system, which is also for max level players. This sends players to different pieces of content and rewards them for completing them, which keeps you engaged. There's a new series of Contracts everyday. That, again, was a way to make all that content on Nexus more accessible to players.

One of the big changes we made for the upcoming update is that our dungeon progression is a lot smoother than it was when we launched. We have Protogames Academy at level 10, and all the dungeons leading to the high level dungeons. We've tweaked the challenge level of those, so players get in, they learn the mechanics a little bit more, and they get some success, so that the further they get up the ramp, the more prepared they are to be successful.

I just think, overall, when I look back at what WildStar was when it first launched, there was a lot of great content in there. But a lot of it just was just inaccessible to players. They didn't know how to get to it. We didn't have a great "Looking for Group" tool. We didn't have the Holo Wardrobe, which we have now, which gets players into the costume system. We didn't have pets and collectibles. All those things that really make for a vibrant MMO experience, we have now put those into the game and I think they just make the WildStar experience better for everyone that plays.

WildStar is now free-to-play for everyone. For more information on the update, be sure to visit the WildStar website.