This year's Evolution Championship Series tournament for Ultra Street Fighter IV represented an all-time high for the series, for Capcom, and for the annual event itself. At its peak, the Top 8 on Sunday evening drew over 250,000 viewers, surpassing any previous records set by Super Smash Bros. Melee. The competitive gaming presence for the Street Fighter series has never been higher, an important idea to keep in mind as Capcom prepares to wave goodbye to Ultra Street Fighter IV and move on to Street Fighter V next year.

The competitive gaming scene will obviously be among Capcom's top priorities with the release of the series' newest installment. So to learn more about how they'll approach this end of the game's development, Shacknews had a chance to speak with Community Manager and SF5 Associate Producer Peter 'Combofiend' Rosas and Director of Marketing and eSports Matt Dahlgren just hours after the Street Fighter V panel. 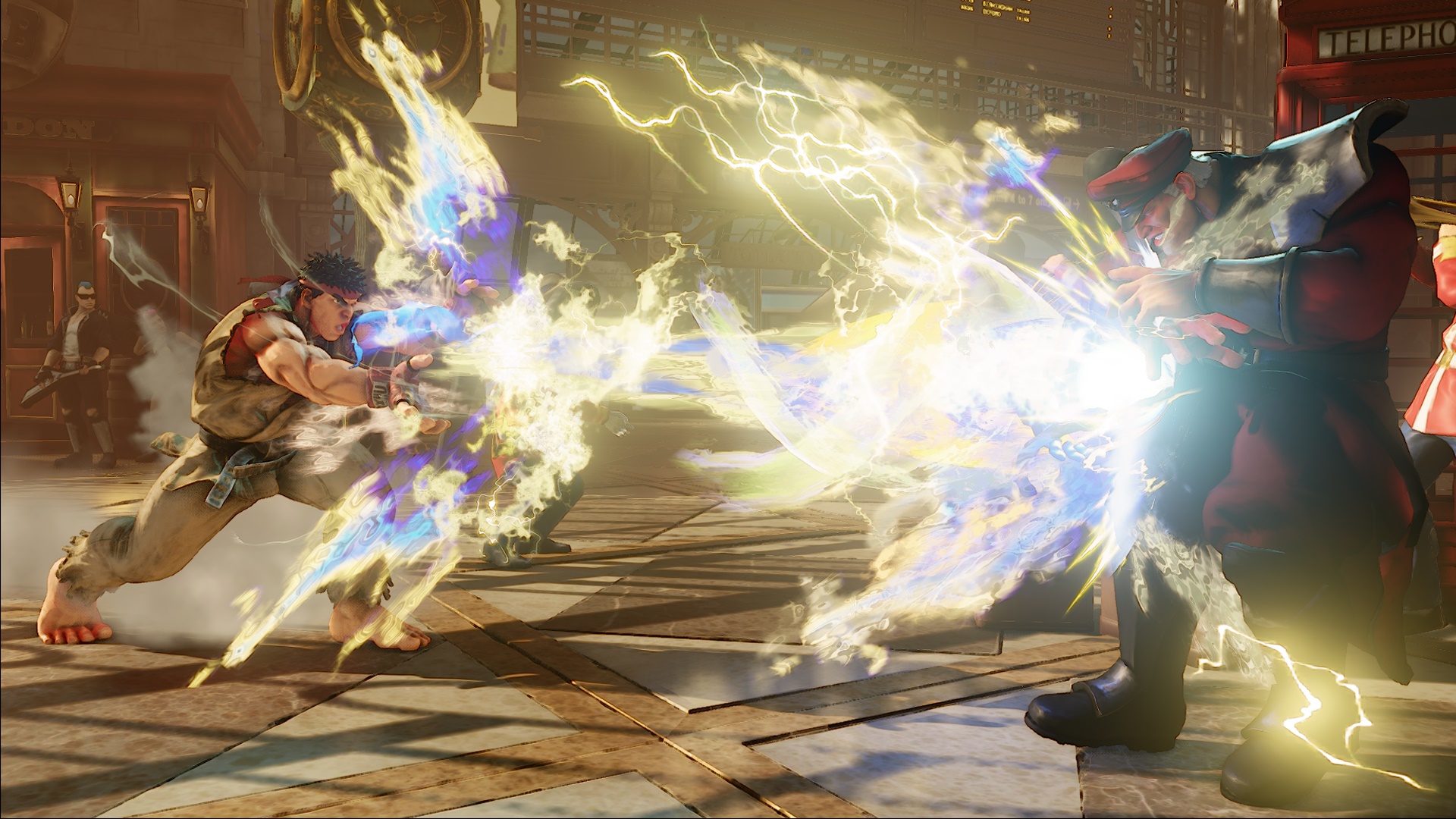 Shacknews: You made mention at the panel that Street Fighter V would focus more on mechanics fitting characters and not the other way around. How do you expect this to affect the tournament scene?

Shacknews: Pro players were among the first to try out Street Fighter V, going back to E3. What kind of feedback have they offered and how have they told you that SF5 differs from Ultra Street Fighter IV?

Combofiend: Feedback has, for the most part, been positive -- unanimously positive almost, to the point that I've had to ask them, "So what's wrong with the game?" because they're not giving me anything, except "This is the best game ever!" But what I have been noticing is that [2013 EVO world champion] Xian has been noticing that projectile characters have been getting the short end of the stick, because people have ways around it.

In regards to how the game feels different, they're all really happy that everything is deliberate. A lot of the top players are actually old-school kind of players. They were around during the [Capcom vs. SNK 2] days and all those older games' days, so when they play this game, it feels like a mixture of [Street Fighter] Alpha to them and Street Fighter [II] and it feels like all these different games rolled into one. But it's still at its core, Street Fighter. It leaves them all really, really happy, whereas with Street Fighter IV, a big gripe that a lot of them had was that they couldn't play Street Fighter the way that they knew it. It was its own entity. You had to know the mechanics of the game. You had to play the mechanics to win, instead of trying to play the opponent. 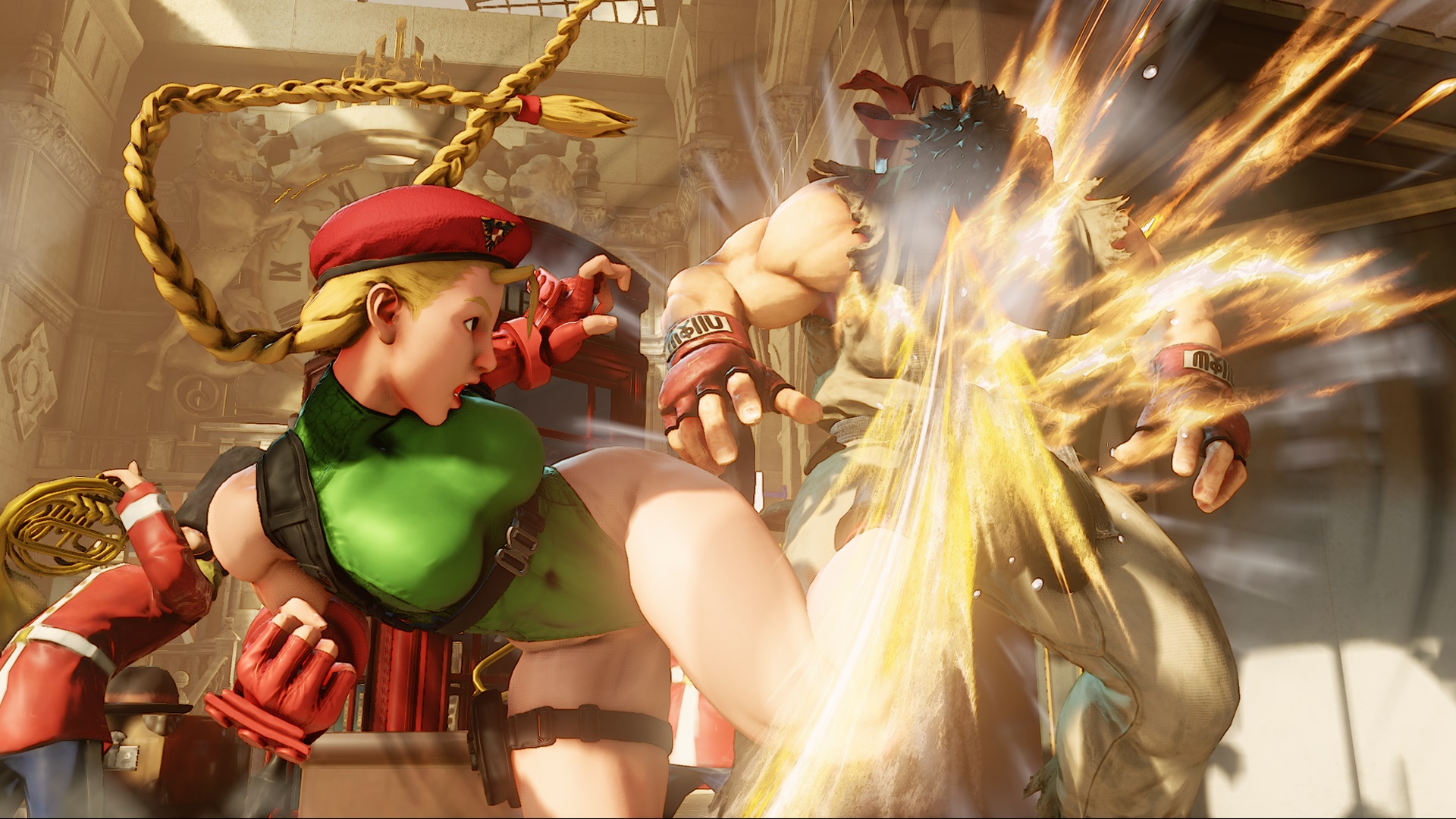 Shacknews: One thing that came up last night was from Ono-san on Twitter, who talked about how the tournament scene has evolved from the days of Street Fighter II through Alpha through 3rd Strike. Everything has started to come into its own with the Street Fighter IV generation. It's been around for seven years, around for the birth of live streaming and the birth of Twitch. A lot has changed, so how do you expect the tournament scene to evolve further with the introduction of Street Fighter V?

Combofiend: I think it's just going to get bigger and better. You have Twitch, you have YouTube, you have information getting put out there quickly, faster. Everybody's understanding the game sooner. I think that with this game, because everybody will be able to spread the word that the game is very accessible, which is one of our design pillars, and easy to play, people will be able to see this on Twitch, they'll be able to see this on YouTube, and they'll say, "Okay, this is a game I can pick up! I can play! I'm not going to get drowned in the mechanics of the game. I'm just going to play the person." They're going to understand what a fighting game is truly all about. Once they see that, more people will be able to play and we anticipate the community getting bigger.

Matt Dahlgren, Director of Marketing and eSports: To add to that, we're only in our second season of the Capcom Pro Tour. Before that, the tournament scene has always been growing, but there wasn't really anything that really united everything to tell a centralized story of what happened across all of the tournaments through the course of the year. EVO has always been a milestone in where the best of the best compete, but what we're seeing with the Capcom Pro Tour is more that everyone's working together now. It's all about following the player's progress throughout the year. We now have a system in place where we can tell that story and you can see who qualifies for the Capcom Cup. And I think with things like that, as well as us starting to increase the prize pools pretty drastically, along with releasing a brand new product, we're still achieving growth with a game that's been out for seven years now. With a brand new product, I think the sky's the limit in terms of what we can accomplish.

Shacknews: Some tournaments have a tendency to run behind schedule, between button checks, loading times, and the like. Are there ways in which Street Fighter 5's design will help streamline tournaments?

Combofiend: We saw with Ultra that being able to change your buttons by pressing them on the selection screen is really important. That's one of those things that speeds up the tournament process. I think that the game itself, the speed is fine. The damage is a little higher, so matches tend to go a little faster. I think that, in itself, will speed up tournaments. But what you're speaking to is probably something just an issue with tournaments themselves. We don't have any power over that, because if you look at Capcom Cup and things like that, they run on time. For every tournament, it's up to them how they run.

I think that the game itself, the speed is fine. The damage is a little higher, so matches tend to go a little faster. I think that, in itself, will speed up tournaments.

And if somebody does put in a little bit of practice, they understand their character, and they actually beat up a little bit, they'll see their tournament results go up exponentially. But, the whole thing is, they have to put in time and they have to be willing to try it. People can't just hop in the game and expect to finish in first place. It does take an investment, whoever the amount of time necessary to get pretty good is a lot less than what it may have been in the past. 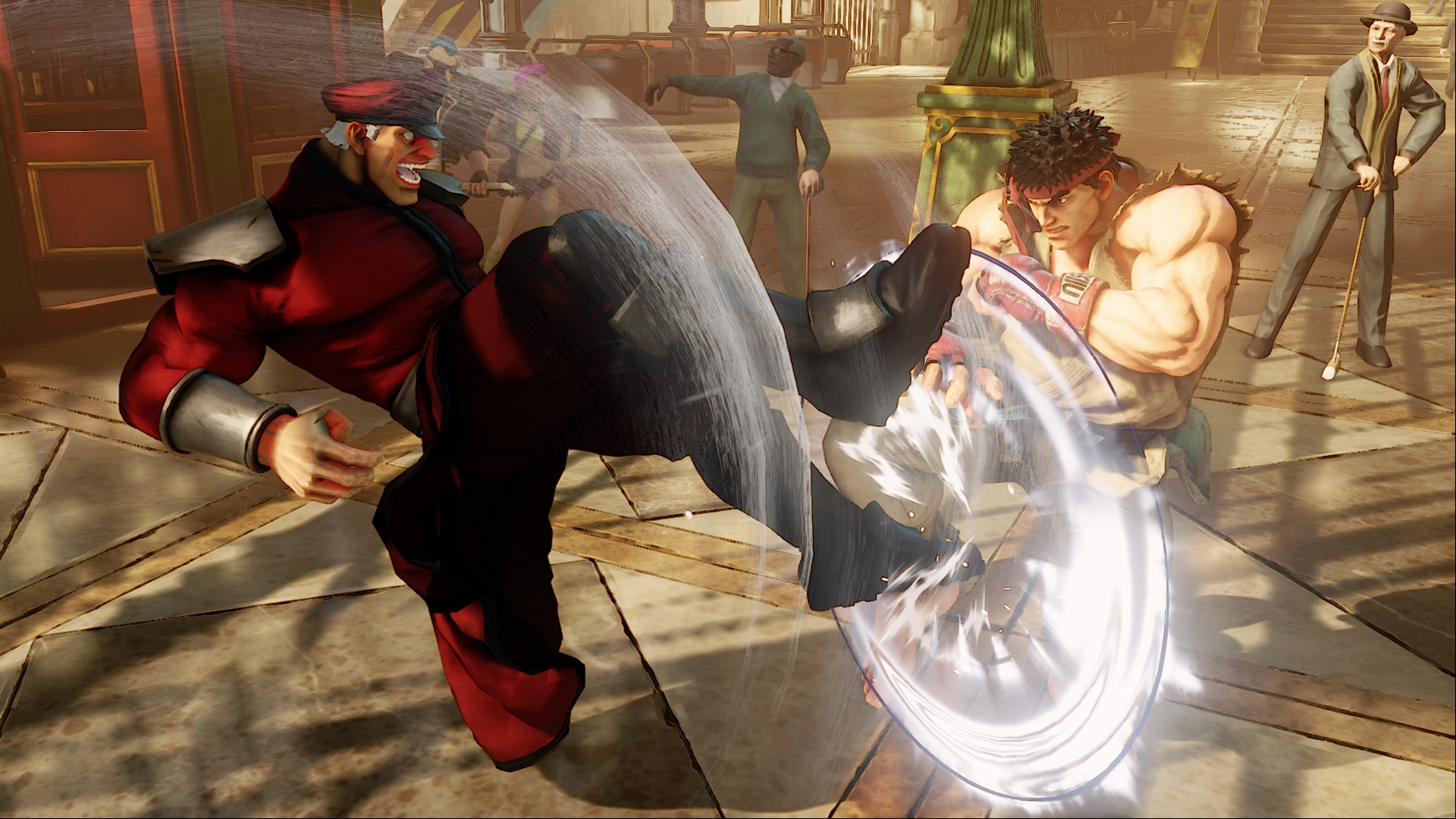 Shacknews: Street Fighter V is launching with 16 characters, which is obviously down from all the characters available in Ultra. Are you concerned you may lose some top players because their character isn't in the game right away?

Combofiend: Not at all. The characters are all really deep. The V-Trigger system allows for depth. The V-Skills allow the character to really play in their own unique way. I think that since every character will play in a very unique manner, players will be able to hop around and find a character that fits their style. You have Ken right now in the build, he runs, he's very aggressive. You have other characters that dash. You have Birdie, who's a grappler… well… somewhat of a grappler, but not really. He does have command throws, so you can get that mix in there. I feel like at the end of the day, there's going to be a character for everybody's style. And since that will exist, they can concentrate on what's at the heart of Street Fighter and that's playing the person. Now if they get bored playing people, I can't speak to that. That's really on the person. We think there's definitely enough content there and the characters have enough depth so that they will be able to stick around and enjoy the game.

Shacknews: About how often will you look to release those new characters?

Dahlgren: We're still trying to figure out the right timing for that, so we'll announce details on that at a later date.

Combofiend: Not at all, because players have an option. Our deal with Sony is actually, to us, a benefit, because the players now will no longer be splintered among various consoles. You're either on the PS4 or you're on the PC. And at the end of the day, all the players will be able to play one another and we think that'll actually grow the community. Whereas now, they're kind of separate.

Shacknews: And speaking to the Sony deal, how is Sony helping the tournament scene moving forward?

Dahlgren: Sony's just a great partner for Street Fighter V as a whole. They help us with all aspects. They help us on a development level. They help us on a marketing level. They're committed to the fighting game scene and eSports, so we're working with them to amplify our efforts on Capcom Pro Tour. All in all, we have a very solid partnership in place.

For PS4 owners that have pre-ordered Street Fighter V, the game's first beta is kicking off this week. Look for the online beta to kick off this Thursday, July 23. For more on Street Fighter V, Dahlgren also spoke to our own Greg Burke at San Diego Comic-Con earlier this month. You can catch that full interview below.