As part of our coverage for E3 2015, Shacknews is taking a look at some of the most anticipated games for this year's show. Today, Managing Editor Steven Wong is looking at the most awaited games for the PC.

When it comes to massive sized role-playing and action games, the PC is the place to be. With games that range from making old-school new again to ushering in the virtual reality era with epic space battles, this E3 PC game line-up offers a great sense of diversity.

The sequel to the award-winning strategy game, XCOM: Enemy Unknown, is coming out this fall as a PC exclusive. We already got a sneak-peek at the new extraterrestrial threat, which involves a full infiltration of the world's government, a global utopia built through genetic engineering, and how the new XCOM deals with the threat using expert tactics, heavy firepower, and swords. This time, instead of being a globally backed initiative, XCOM is staging a covert guerrilla war against the aliens, which could mean a whole new way of managing the team and its resources. 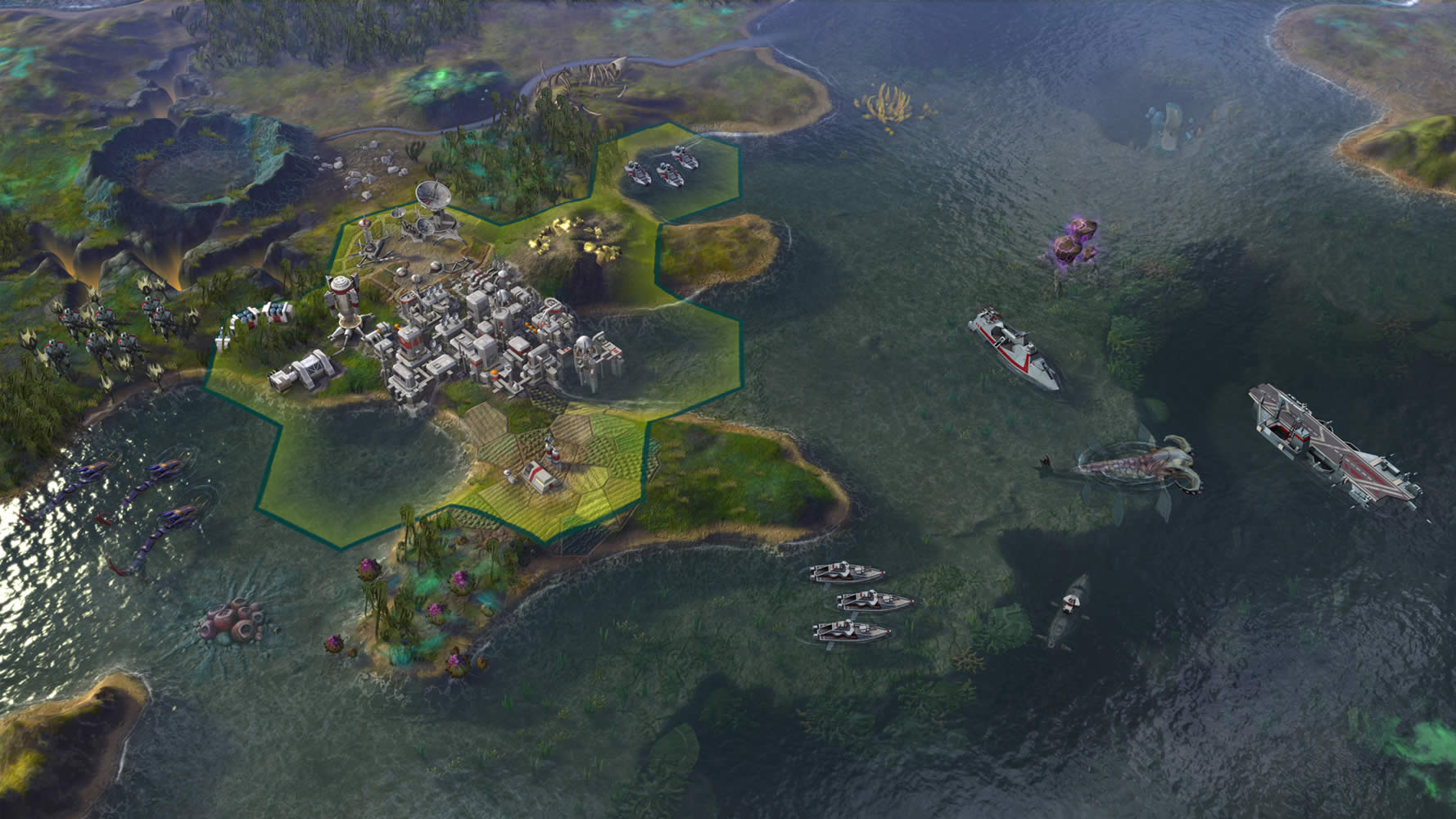 Firaxis is having a busy year between the release of the new XCOM game and Rising Tide, the first official expansion Civilization: Beyond Earth. Although we weren't totally impressed with the initial release of Beyond Earth, we were convinced it could become a much better game after a few tweaks and expansions. That being the case, this is Beyond Earth's big chance to redeem itself. The Rising Tide expansion promises new gameplay, including ocean-based colonies, additional leaders, and the ability to create new hybrid units from multiple Affinities. We'll find out, in greater detail, what kind of bounty the alien sea holds at E3.

Star Citizen is one of the most ambitious games in development right now, which will include both space sim combat action set in a huge persistent galaxy, where player actions will impact how the dynamics play out. It's the first game Chris Roberts (the mind behind the Wing Commander series and Freelancer) has helped develop in over a decade, so we're eager to see how well his new vision comes to life with this mega-sized, crowdfunded, game. We're promised more than just a game. An entire universe is supposed to be in store, and we want to see it.

After getting millions of players hooked on Hearthstone, and pitting iconic characters against each other in Heroes of the Storm, all while building up anticipation for StarCraft: Legacy of the Void, we have to ask ourselves: What can't Blizzard do? Not much, apparently. Overwatch, a superhero themed competitive first person shooter, will be shown at E3 this year. Not only is it Blizzard's first attempt at developing a shooter, much less a competitive one, but it's also the first game it has developed in decades that doesn't use themes or characters pulled from an established series. All eyes on Overwatch to see if Blizzard can conquer the crowded field of first-person shooters too.

It seems like a lifetime ago when Epic Games' then president, Mike Capps, proclaimed that piracy drove the once PC gaming heavy company to focus mainly on console development in 2010, echoing Cliff Bleszinski's retracted 2008 sentiment that PC gaming was in a state of "disarray." A lot has happened since then, including the sale of the Gears of War franchise to Microsoft, with co-founder Tim Sweeney stating that the company would be heading in a new direction. That direction happens to include releasing Unreal Engine 4 to the public for free, calling upon a community of fans and modders to help make Unreal Tournament 4, and developing the PC-exclusive fortress defense game, Fortnite. We're very eager to see how well the post Gears of War / Cliff Bleszinski Epic Games will thrive, and Fortnite is bound to be a strong indicator of its health and creativity.

The well-received release of Pillars of Eternity showed that there is great demand for deep role-playing games featuring old-school gameplay. It was revealed back in March that an expansion was already in the works, which is expected to be about the same size (area-wise) as Tales of the Sword Coast, which added 20 to 30 hours of gameplay to Baldur's Gate. That's quite an ambitious expansion to an already ambitious game. We could get a first look at this year's E3, making an exciting year for role-playing games even more so.

Games like Pillars of Eternity might be considered an old-school style game using new school technology, but nothing screams classic like the series that started it all: Dungeons & Dragons. Coming to PC, Mac and Linux, Sword Coast Legends will seek to capture the true spirit of the D&D universe with challenging gameplay and locations set in the Forgotten Realms world. Making the game even more unique is its DM mode, which promises a " non-adversarial 4 with 1 experience that any RPG or pen-and-paper fan will enjoy." We'll see how well that turns out when the dungeon crawler is shown at E3.

When it comes to sheer brutality, few series match against the Warhammer fantasy series. So combining it with the massive battles the Total War games can provide seems like a recipe for awesomeness. Until now, giant army sizes have been reserved for historic strategy games like Total War: Attila. Now we'll have a chance to see how well the system will work with fantasy armies. We'll get our first in-depth look at the epic battle between humans, the forces of Chaos, and orks, among other possible factions next week.

Ubisoft has already announced that the games that will be featured at this year's E3 will be Assassin's Creed Syndicate, Rainbow Six Siege, and The Division, but the company also left room for "a few big surprises." In all probability, it's most likely a Watch Dogs sequel, but that doesn't mean Might & Magic Heroes 7 won't be making a showing, considering how both Child of Light and Valiant Hearts: The Great War were prominently featured last year. The strategy role-playing game, due out this fall, recently entered its closed beta phase, so there's no better opportunity for us to go hands-on with its gameplay and get more details about the War of Succession. With six factions and gameplay that combines strategy and role-playing elements, Might & Magic Heroes 7 is a game to keep an eye on.

If there is one game that will help define the virtual reality gaming era, it will be EVE Valkyrie. Everyone, including actress Katee Sackhoff (Starbuck on the Battlestar Galactica TV series), has been blown away by the sheer realism and immersion of the experience... and that's with the earlier builds. Although this won't be the first time EVE has been shown at E3, it will be the latest build, showing enormous capital ships and fast paced space battles. The real challenge may be in trying to pull us away from the demo presentation.