TowerFall Ascension has had PC and PS4 users slinging arrows at one another for well over a year. And if those puncture wounds are just starting to heal, there's now a whole new expansion to explore. TowerFall: Dark World released yesterday, adding additional arrow types, arenas, and a whole new co-op campaign that can now support up to four players.

The expansion was in the works for nearly a year, with creator Matt Thorson working diligently to put out a substantial amount of content. With such a large workload, Thorson previously stated that Dark World would be TowerFall Ascension's only expansion. Shacknews reached out to the TowerFall maker to find out if this is still the case, while also learning more about the Dark World expansion. 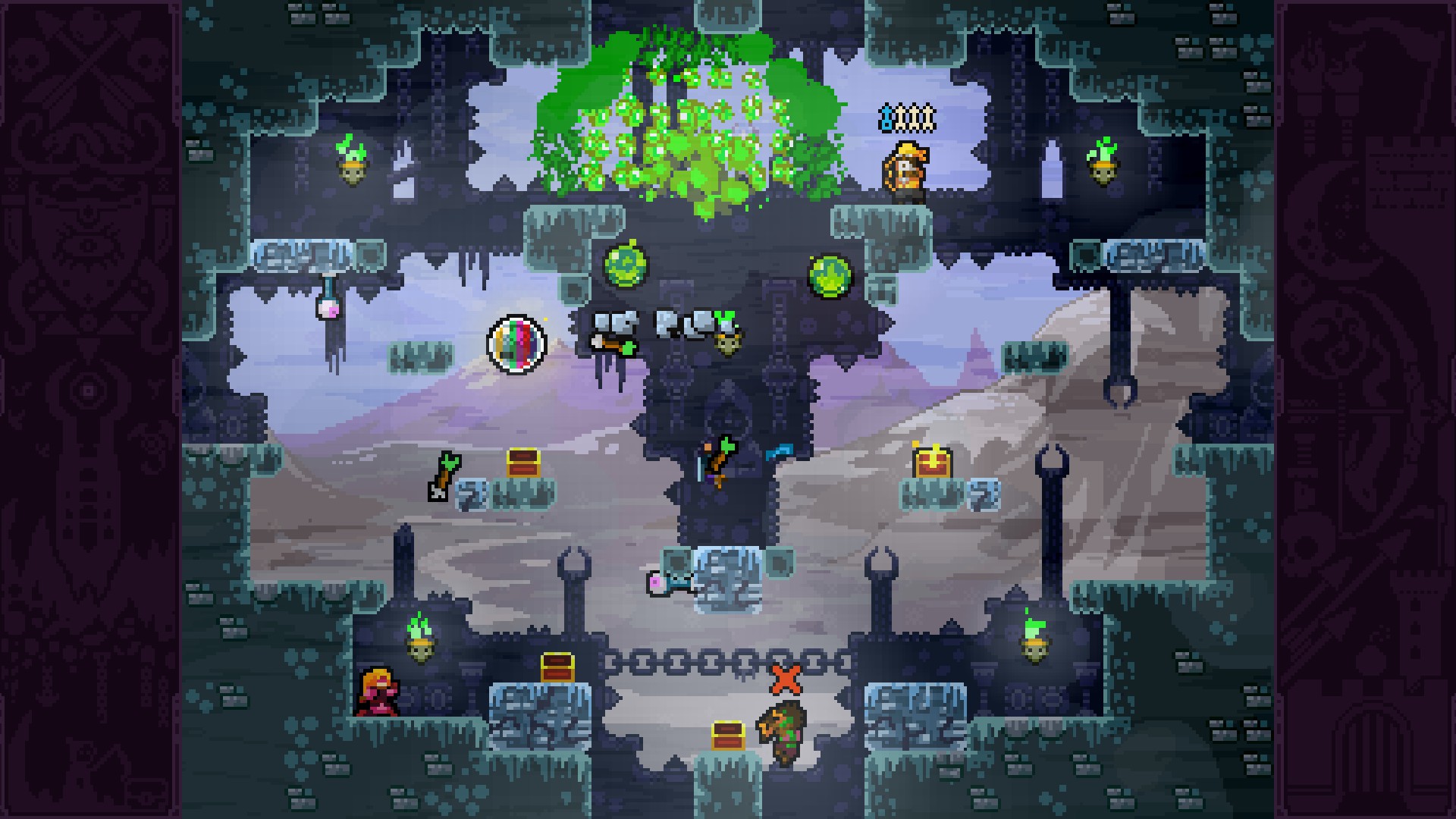 Shacknews: How much has been added to TowerFall Ascension's Dark World expansion? Aside from the new archers, what can players expect to find?

Matt Thorson, creator: We added a ton of stuff - every aspect of the game has been expanded. There's new Versus levels, powerups, and variants. One of the new level sets uses procedurally generated levels so the layouts are fresh for every match. There's 12 new solo Trials stages, and an entire new co-op campaign for 1-4 players, complete with new boss battles.

Shacknews: What can you tell us about the new archers? Character-wise, they seem to be more fleshed out than the original ones. Did you want to offer a degree of backstory to these characters and make them more than simply alternate colors?

Thorson: We were really inspired by the enthusiasm players have shown for the original 8 characters - seeing all the cosplay and fan art has been amazing. We wanted to give our audience even more material to draw from, so we worked really hard to flesh out the archers more and make their designs really dynamic. We used some of them as an opportunity to delve deeper into the backstory of the original characters. A few tie into the idea of the Dark World as this evil parallel reality, an alternate timeline where things have't gone very well. And of course we used the blue archer as an opportunity to proudly represent one of our influences with the original character designs.

Shacknews: What made you want to introduce a four-player campaign? What makes four players more ideal for this co-op campaign, as opposed to Ascension's two-player Quest?

Thorson: I learned a lot designing and releasing the Quest mode campaign, and I wanted to apply all those lessons to the Dark World co-op. Early on I realized that we'd have to start from scratch with a whole new mode to make all the changes I wanted. 4-player works with the new progression system - you're clearing stages and moving to new arenas through portals so it doesn't get too cluttered or stale. The new revive mechanic helps a lot too - rather than a lives system you resurrect your friends by standing near their corpses. In addition to promoting teamwork, this helps ensure that all the players have short-term goals.

Shacknews: How did you approach the new arenas from a design standpoint? How did you want these to stand out from the ones already available in Ascension?

Thorson: We went through a lot of iterations to make sure each levelset has its own identity. At first I was "remixing" old arenas to make the dark world levels, but they never felt unique enough, so I decided to go with all original stage designs from scratch. The stages in TowerFall Ascension have a difficulty progression, where the later sets are more complex than the earlier ones, and we did that again with Dark World. The first set, The Amaranth, is pretty beginner-friendly with some fun twists, and then the sets quickly ramp up to explore beyond where Ascension went.

Shacknews: What are the team's favorite new arrow types?

Thorson: It's tough to decide between the two. Trigger arrows are definitely more technical. You can pull off some chess grandmaster-level tricks with them, but more often than not you'll blow yourself up in the process. Prism arrows are more subtle - they're about dictating the flow of the match. I love the feeling of being trapped in a prism, and having to creatively use the few options left to you to survive. It's one of the most intense moments in the game for me, because you're backed into a corner.

Shacknews: You've told me in the past that you intend for this to be the one and only expansion to TowerFall. Is that still the case? If so, where do you and the rest of your team go from here?

Thorson: That's the plan, but then again I said the same thing when we finished Ascension. Every time I add something to TowerFall I think "surely this is as far as it can go," but then I keep discovering more interesting design space. I have a general idea of where we could take TowerFall next if we decide to, but I personally know that I need some space from it right now. I'm beginning to feel the constraints of working within the TowerFall universe, and I'm looking forward to starting from a blank canvas again.

TowerFall Ascension is available now on PC and PlayStation 4, with the former on sale over on Steam through the end of the week. The Dark World expansion is also available on PC and PS4, with the Steam version getting an introductory 25 percent off.