This review continues from our impressions of Act 1, which you can read here.

Over 15 months ago, Double Fine released the first half of Broken Age and told a captivating and concurring story of two young people coming of age. Vella was facing the end of her life, as the subject of a maiden sacrifice that would save her village. Meanwhile, Shay lived aboard a spaceship with his overprotective, omnipresent mother AI watching over him. The former encountered a cloud world ensnared by a cult, a stool-loving lumberjack, and talking trees. The latter journeyed across space, managed malfunctioning teleporters, and helped a mysterious wolf man. These two stories seemingly had nothing in common, yet they both converged almost seamlesly. 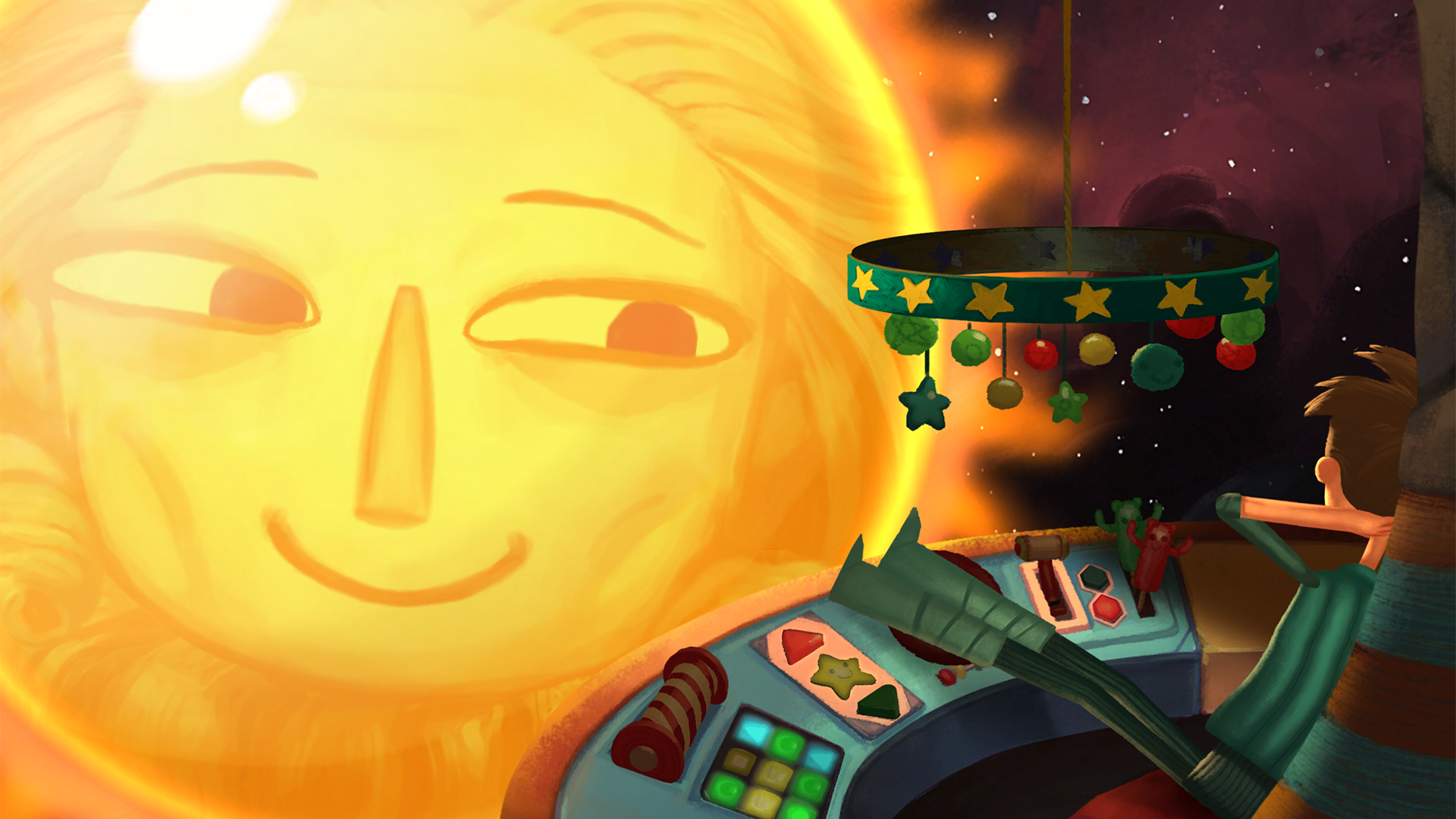 If Part 1 served to introduce players to Vella and Shay's world, Act 2 was more about turning their worlds on their heads. The second part is mainly about both characters switching places, turning both characters' tales into "fish out of water" stories. While Vella navigates Shay's vessel, Shay faces civilization for the first time and his reactions to many of the quirky people he meets are priceless. It's finally his chance to come out of his bubble and watching him experience this is one of the most entertaining elements of the story's second half.

Without spoiling the rest of the story, however, the other entertaining aspect of the narrative comes in the major twists. While Part 1 set expectations for where the story was headed, Act 2 deviated from them in an interesting way. There was more than one instance where I went in expecting a telegraphed twist, only to get taken in a completely different direction. The overall narrative went down a stranger (and darker) path than I thought, but it was an engaging story and one I thoroughly enjoyed.

Part of the reason I enjoyed it, of course, was because of the humor written into many of the ancillary characters. The cult members of Meriloft offered up some humor, Marshall Dune offered some laughs with his whistle getting caught in his throat, and Curtis the Lumberjack's career change was good for some smiles. Yet the most entertaining secondary character turned out to be the talking tree near the beach. His wry delivery made one of Shay's later puzzles one of the most entertaining of the game. 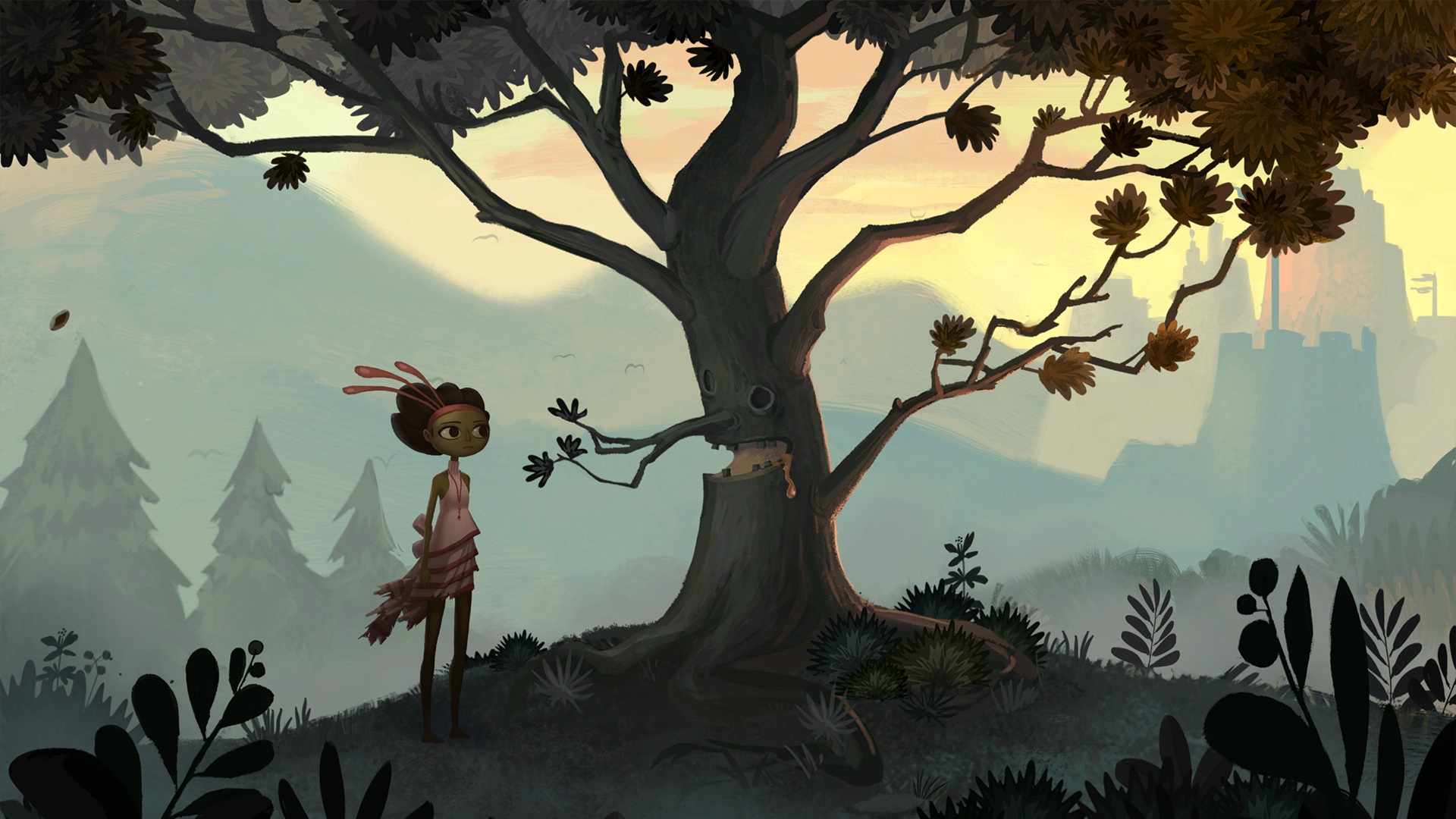 The main complaint with Broken Age is that some of the puzzle solutions feel a little too obtuse. There was more than one solution where I not only wondered how the average person would come up with it, but even wondered how it even made sense. Not only did some of those solutions come out of the blue, but some of them even felt arbitrary. The puzzles on Vella's side of the story are particularly tough and require some precision timing, as well as some brain work. Shay's puzzles, on the other hand, require some heavy memorization at points. It wouldn't be so much of an issue, but the game offers few hints on how to proceed, which had me running around in circles for quite a while.

With more focus placed on memorization and obtuse solutions, it felt like Broken Age emphasized its inventory innovations a little less. I didn't feel there were as many chances to mix inventory items together to craft new concoctions. The narrative didn't suffer for this, however, so it's ultimately a minor transgression that can be looked past.

As a whole, Broken Age pulls off its duality motif wonderfully. Not only are Shay and Vella's stories interesting reflections of themselves, but Part 1 and Part 2 as a whole are practically reflections of themselves, as well. They're two parts of a tale that should be experienced together as a whole, especially since the game only offers the briefest of recaps when starting Part 2. Broken Age was a long time coming, but it's a story that was worth the wait for all players and not just the game's Kickstarter backers.

This review is based on a PC download code provided by the publisher. Broken Age will be available on Steam and PlayStation Network on April 28 for $24.99. The game is rated E10+.