As noted in last week's preview, 13AM's multiplayer competitive runner, Runbow, has received some significant additions. It's rapidly becoming one of the most anticipated titles in the Wii U's 2015 eShop lineup. To learn more about some of what's been added, Shacknews stopped by 13AM's booth during last week's Game Developers Conference to speak to producer Dave Proctor. 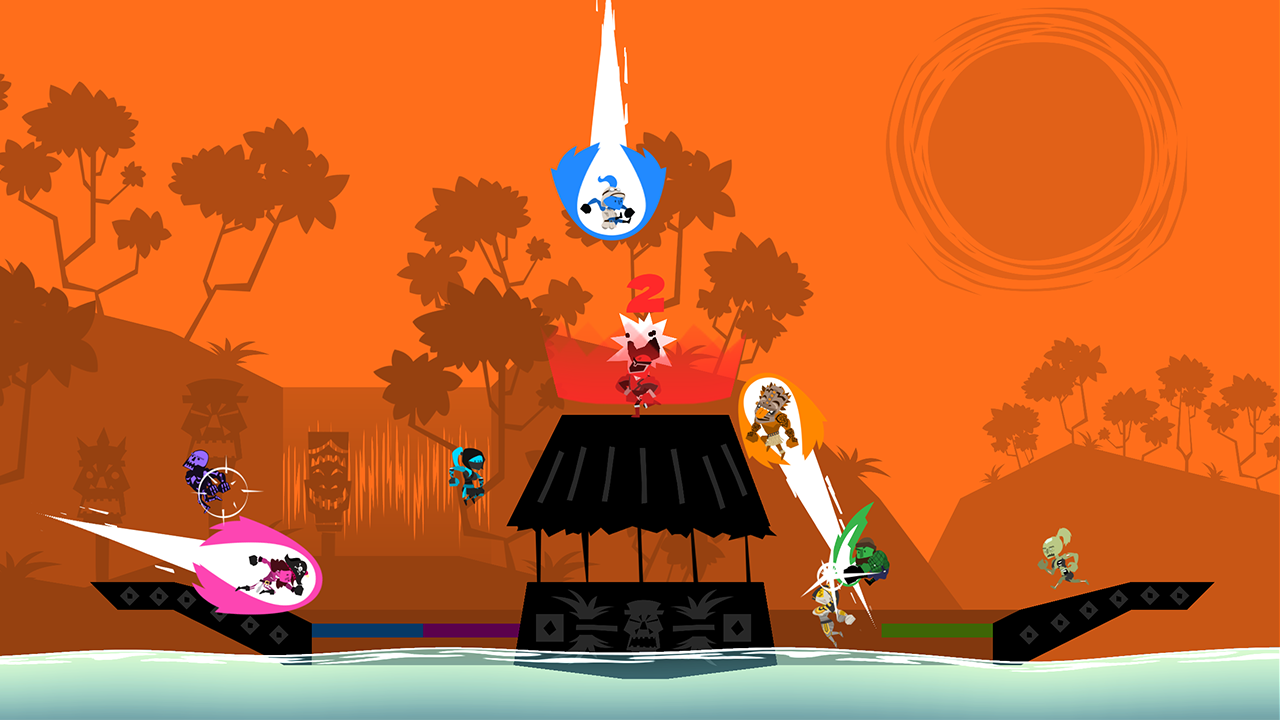 Shacknews: What makes the team confident that a local 9 player game will work?

Dave Proctor, producer: We've watched a lot of people line up to play the game. Local multiplayer is making such a big comeback that I think the idea of gathering around with your friends in the same space on the couch is something that's in people's heads. Bigger is better and we have the biggest local multiplayer experience there is. So I think people are going to gravitate towards it. We've put a lot of effort into making it as fun as possible for as many of your friends as is reasonable.

Shacknews: A lot of friends have a lot of controllers, many of which they picked up because of last year's Super Smash Bros. for Wii U. With that said, are there any plans to add GameCube controller support?

Proctor: We have looked into it. It is currently only branded as a "Smash Bros. peripheral," so unfortunately, we can't get access to that. We do have support for Wii U Pro Controllers, we are working on a patch to plug in seven Wii Remotes, we have support for the Wii Classic Controller, as you've seen, and we've also added support for the Nunchuk. Worst case scenario, someone's got a Nunchuk, they can use half the controller. It's got all the buttons you need. We just want everybody to get the biggest experience they can.

Shacknews: How did you guys come up with Color Master?

Proctor: Part of the main reason we came to the Wii U is the asymetrical hardware with the GamePad. It's something we can't see any other places. We want to take full advantage of the hardware and the first thing that came to mind was the random computer generator, which is always messing around with players. So what if I could mess around with my friends? What if I could screw up their run? What if it wasn't just gravity and chance, but it was just one guy that you had to compete against?

Shacknews: Based on feedback, are you anticipating any tweaks to Color Master?

Proctor: A little bit with cooldown times and communication with certain elements. But this is our alpha build and we're pretty proud of what we've pulled off. And we're using our demos at GDC and PAX to see how people play Color Master and how we can learn from our audience to make it the best game it can be.

Shacknews: Back at IndieCade, characters were simply identified as colors. Red, Blue, etc. Now you've added a female character and given those characters names. What went into that decision?

Proctor: You can play a game with a blank avatar for days and days and days. But the moment it has a face, it has expressions; the moment that character comes to life and has a name, you identify with it more. You care about it more. Watching the trailer, [Val] has more personality than the original models of any of our characters. It's been such a treat to watch our art direction team actually make our game better by giving them personalities, by giving them something that we can stand behind as a brand. And it really fits in with the stuff that we teased at the end of our trailer.

Shacknews: Any other outfits in the works?

Proctor: We do have a few other costumes. Right now, the top priority for us is fleshing out the remainder of the game and getting our Challenge Mode complete, where you go to time trials in variations of the levels that you know and love to test your mettle against yourself or a friend. We want to finish the game first, but if there's time, absolutely. The 12 or so outfits that we have right now look distinct and look great on both body models. We're very happy.

Shacknews: Any more power-ups that the team is working on?

Proctor: We are pretty much power-up complete right now. We've worked a lot on testing and cooldowns for control swap, inversion... mimicry is my personal favorite. It's like "Ha ha!," but then you lose yourself, too. All of these power-ups fit so much into the total chaos of what our game is about. And what we have, there's a nice variety, so that you'll always wonder if you'll be benefitted by getting this power-up or not. Do I take the chance? You could still get something powerful if you're in first place. Then again, you might not.

Shacknews: And you're still aiming for a Q3 release?

Proctor: That's the dream! Depending on who you ask on the team, that'll either be August or September.