Opinion: Reasons to hesitate on the New Nintendo 3DS XL

Nintendo created some excitement in the handheld world by unveiling their next major contribution to the 3DS family, the New 3DS XL. It appears to be the next step forward for Nintendo's handheld line, which has been adopted by millions of users. This new machine makes some bold promises and some new bells and whistles, but is it worth the investment? Is it reasonable to assume that consumers may be better served by avoiding the first day rush?

Today, Shacknews would like to look at some of the reasons to hold on to that original 3DS or 3DS XL before rushing to upgrade. These aren't reasons not to buy one or reasons to avoid it entirely, but simply points to consider before making a day one purchase. 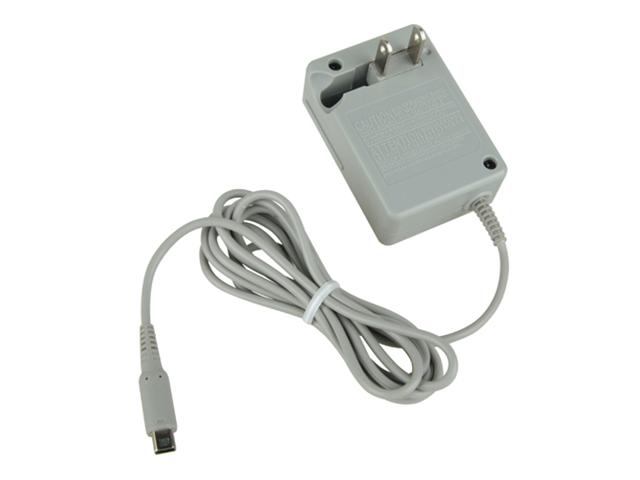 This is a point that has been belabored by consumers and the gaming media alike and with good reason. The idea that the New 3DS XL will not come packaged with an AC adapter is outrageous. Their reasoning that consumers can simply use old 3DS/DSi adapters is also a faulty assumption.

It's no secret that the New 3DS is being marketed to existing 3DS owners. After all, expanding the 3DS market is a task that has become unfeasible, given that there seems to be one in just about every gaming household. However, for the sake of argument, let's say that the intention is to sell to new adopters. Why would Nintendo knowingly inconvenience them by forcing them to buy a plug separately, especially when certain online retailers like Amazon only sell them through a third-party?

It isn't just the new adopter being offended by this policy, either. Current 3DS owners will likely want to upgrade to the new hotness, which means the older hardware is no longer needed. However, what are they to do if they need to hang on to the plug? They can't give that hardware to a friend, because they'll have no way to charge it. They can't trade it in at GameStop or Best Buy, either, since retailers will require all necessary components for a trade-in, including the AC adapter. That means that trading in your old hardware will still require the purchase of a new adapter. Regardless of whether you're a new 3DS owner or not, not including an AC adapter is a total inconvenience to the end user. Nintendo's statement to IGN that excluding an adapter means a lower end price also rings particularly hollow, given that the New 3DS XL price tag is still coming in at a hefty $199.

Also, recall that Nintendo is still in the business of selling to parents, many of whom aren't keeping up with day-to-day video game business. Imagine a parent grabbing a New 3DS XL as a birthday gift and presenting it to their child without any way to charge the device. It's an inconvenience at best and a disaster at worst. Look for AC adapters to be in high demand when the new handheld arrives. Just hope it doesn't sell out. 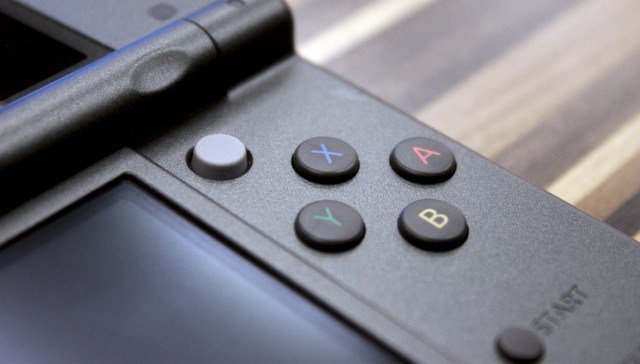 The New 3DS XL is promising greater performance, thanks to handheld's new CPU processors. However, is the improvement more marginal than Nintendo is making it out to be?

Eurogamer went hands-on with the Japanese version of the New 3DS and observed that many of the existing titles only showed small improvements in loading times and overall performance. Those that live by retail games may see little reason to upgrade, especially given that there are few games scheduled to truly take advantage of the New 3DS XL's capabilities. It also doesn't help that battery life appears to show little improvement, with Eurogamer seeing little difference between the new handheld and the current 3DS generation.

It's not all bad news, though. Eurogamer does note that menu loading and download speeds are just as Nintendo promised, while the stereoscopic 3D is hugely improved. Those looking for faster eShop downloads may want to consider this, but given that the 3DS can download games just fine in Sleep Mode, it's a reach to consider buying a new handheld solely for this reason. 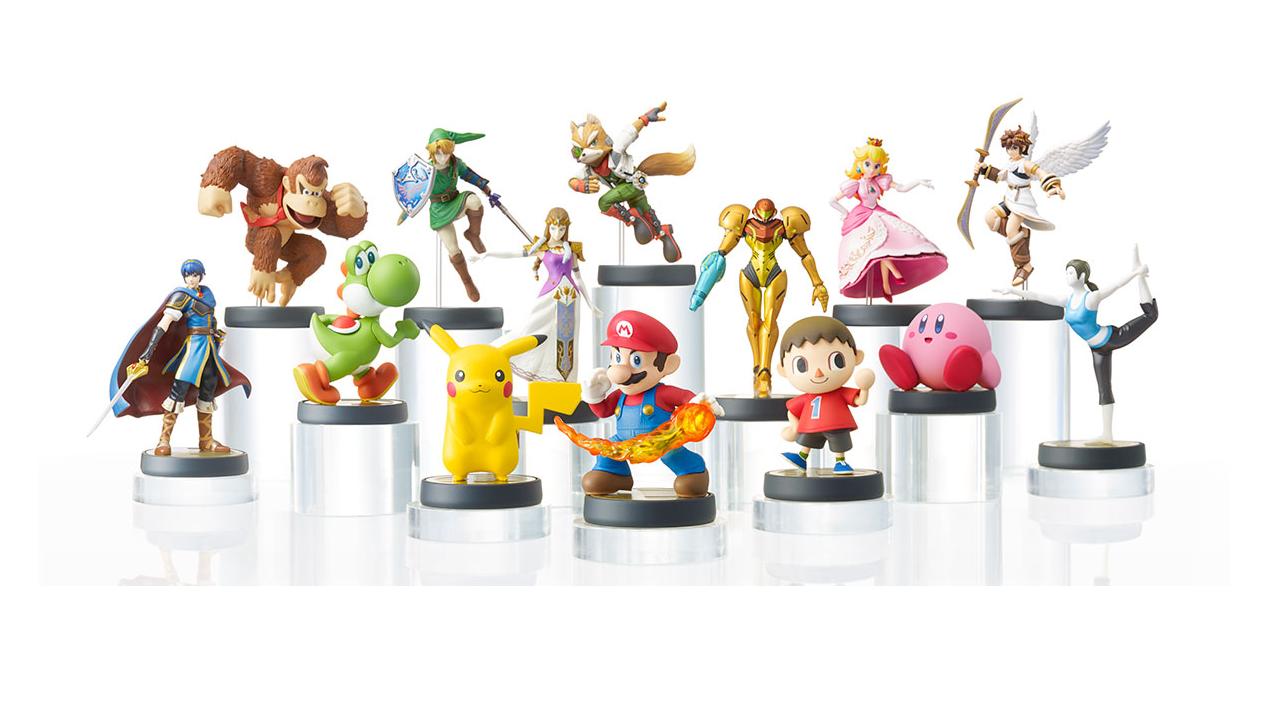 One of the other major draws of the New 3DS XL is Amiibo support. While a slew of Wii U games are set to take advantage of the figures in the future, the New 3DS XL has a smaller Amiibo lineup.

One of those games is Super Smash Bros. for 3DS. It's no secret that I love Smash Bros. and I love my growing Amiibo collection. WIth that said, the 3DS Smash Bros. is meant for on-the-go gaming. It's meant for Smash Runs on an airplane or local battles while waiting in line at an amusement park. I can't imagine anybody going to the trouble to carry an Amiibo around with them to play with it on the road. As much as I like my Level 50 Mario and Samus, I can't see myself carrying it one around in my pocket for plane rides. While the feature is nice, it's far from essential.

Amiibo support will get better, though. Code Name S.T.E.A.M. allowing the use of Fire Emblem Amiibo is a cool idea and if future games offer similar implementation, it's a feature to consider picking up a New 3DS XL for. Of course, it should also be noted that an Amiibo adapter is currently in the works for the current generation of 3DS hardware.

The New 3DS XL is set to feature some new additions, like a brand new C stick and a second set of shoulder buttons. It's an intriguing change that should lead to some good handheld games in the future. However, long-term durability is a question mark and given that the previous 3DS generations have had issues with components like the Circle Pad, it may be best to wait and see how durable these new pieces are before diving in.

As a major Super Smash Bros. fan, I can testify that the 3DS version of the game that released late last year takes 3DS hardware for a ride. There have been reports of Circle Pads wearing down and outright falling out. Not only does the New 3DS XL need to be able to handle this, but it also needs to handle the use of the new C stick, which will be a major addition to the 3DS Smash Bros. repertoire. While the C stick certainly looks like it'll take some punishment, stranger things have happened and there's nothing worse than hardware that doesn't last very long. 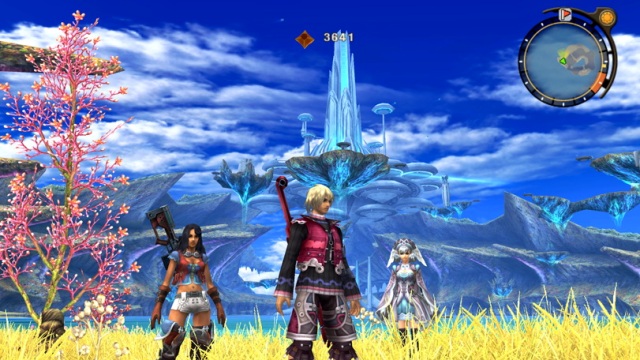 The exclusives or lack thereof

Nintendo is arguably taking a wise path by minimizing the number of New 3DS exclusive software. In fact, only the new Xenoblade Chronicles is confirmed to be exclusive to the new hardware. However, if that's the case, what is truly the incentive to buy the new hotness?

Features, graphics, processors, and other fancy buzzwords are fine and all, but the reason to invest in new hardware should always be for the games themselves. Xenoblade Chronicles has a wonderful cult following and a passionate fanbase. For more people, though, it is not a reason to pony up $200 for new hardware. If the upcoming lineup of 3DS games like The Legend of Zelda: Majora's Mask and Code Name: S.T.E.A.M. will run on the current generation of 3DS hardware, it's hard to justify making the jump.

This could easily change at the drop of a hat. All it takes is one Nintendo Direct at E3 2015 to get the New 3DS exclusive games coming out of the woodwork. Until that moment comes, it's hard to make the case for buying a brand new piece of hardware, especially for anyone that's budget conscious. Ironically, for Nintendo fans, much of their budgets will get eaten up by the slew of first-party games set to arrive in the next three months. Since all of it will run just fine on the current 3DS, they may just be safer standing pat.

Who knows? There might even be a price drop soon after its release. If you think that's impossible, you haven't been following the 3DS very well over the years.