For the most part, 4X strategy games are among the most complex that one can find. It's a trend that Amplitude Studios isn't about to change with their latest effort, Endless Legend. However, with that complexity, Endless Legend offers the potential for a large playground that can be approached in a number of different ways. Shacknews recently had a chance to check out that complexity in person during a recent meeting with developer.

The premise for Endless Legend is that players explore an expansive, procedurally-generated planet. There are currently six factions (Wild Walker, Broken Lords, Vaulters, Necrophages, Ardent Mages, and Roving Clans) with two more to come before the game's launch. The landscape is begging to be explored, however the planet is also dying, meaning that the player's faction must help ensure the survival of their people before the world ultimately expires. 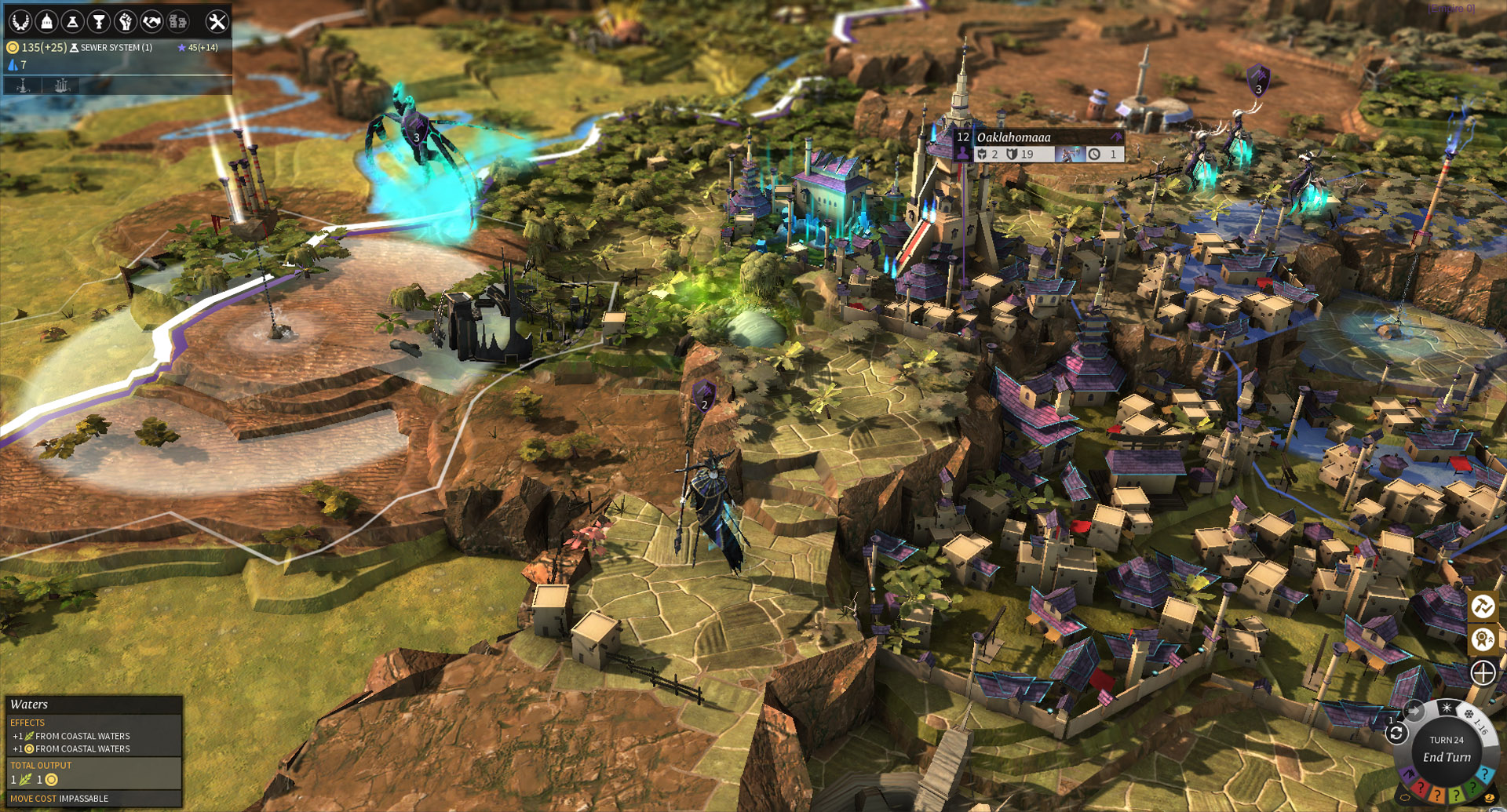 Like similar games in the genre, each decision adds to the player's story and affects how much influence the player's faction wields. Faction stories play out through a quest system that tells their tale, while side quests are also available to pick up at various points in the game.

What's most interesting about each of Endless Legends' factions is that they all come with strengths and weaknesses that don't necessarily have to do with warfare or fighting. As such, the game can be approached in a number of different ways. For example, the Roving Clans (one of the more recent additions to the game) are masters of commerce. Sure, the world may be coming to an end, but these merchants still have mouths to feed and they're happy to play the Dust-based economy to their advantage when building outwards. While they can't directly wage war on other factions, their greatest weapon is their influence, in the sense that they can bring factions to their knees through embargoes and other trade restrictions.

That's not to say there aren't factions that do excel on the battlefield, but Amplitude exercises some creativity here, as well. Necrophages, for instance, are a parasitic race that don't bother with diplomacy and set out to kill anything in sight, attacking in swarms. Broken Lords, on the other hand, fight for honor, however must collect as much Dust as possible, as it is the only element that can sustain them. In the latter class's case, the economy literally keeps them alive.

All of the game's factions will have their own respective units that adhere to their abilities, but as they proceed through the world, they can also assimilate minor factions to aid them. This helps factions make up for certain shortcomings, such as the Roving Clan's aforementioned inability to fight.

Battles all take place atop the game's overworld map, with players getting a deployment phase before sending out their troops. This is another area where Amplitude has shown some creativity, as battles can be influenced by the environmental layout. Elevation matters in battles and the side with the high ground gets a distinct advantage. Positioning means a lot, as Amplitude has purposely kept the battle phases as minimalistic as possible.

In keeping with the theme of following a timeline, Endless Legend doesn't bother with tech trees to grant bonuses. Instead, abilities are separated out into "eras," with none of them bound by any sort of prerequisite. Players can select ten tech abilities to progress to the next era, in which more powerful abilities will become available. The idea is to show a more organic form of progression and it's an interesting change from the standard tech tree that's present in other 4X games of this type.

Strategy fans will be intrigued by the sheer variety that Endless Legend has to offer, thanks to the drastically different classes and all the intricacies involved in pushing them forward. Amplitude stated that the average session doesn't last too long, meaning there's plenty of room to explore all of the game's classes. There's still more to come in the future, including the unrevealed final factions. In the meantime, those interested in giving the game a peek can jump into the game's beta on Steam Early Access. The final version of Endless Legend is expected to release later this summer.