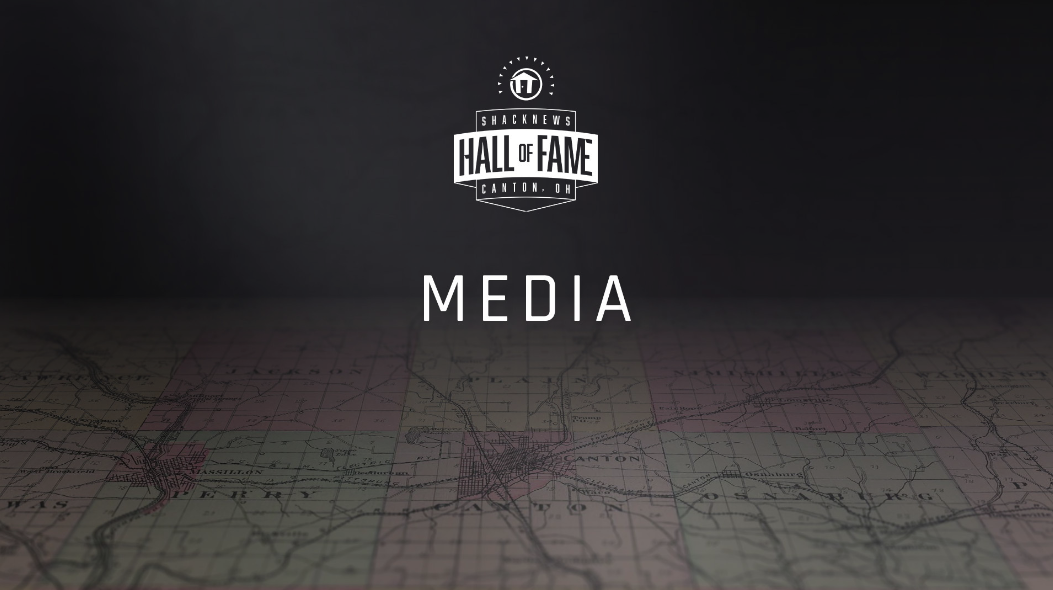 Welcome to the Media wing of the 2022 Shacknews Hall of Fame class. This category honors publications and individuals that have contributed to the coverage and culture of the gaming industry.  Some entiries include Further Reading sections where you'll find features and other stories that further illuminate this year's inductees.

Computer Gaming World (CGW) published its first magazine issue in 1981. Founded by Russell Sipe, the issues sold for $2.75 or $11 for a yearly subscription. CGW was one of the only computer game magazines to survive the video game crash of 1983. The next few decades saw several new editorial and ownership regimes take on the management of this iconic publication. Ultimately, a pivot to online content led to the final magazine issue shipping in November 2006.

There are not many video game magazines left standing, but Computer Gaming World’s impact on the video game industry will still be felt for decades to come. It is a pleasure to have the classic publication enter our Shacknews Hall of Fame as part of our class of 2022.

In an age where video game magazines were primarily focused on tips, tricks, and reviews, Edge dared to be something different. The UK-based publication was originally launched by long-time editor Steve Jarratt in 1993 and his vision for Edge was centered more on game development.

Edge was largely recognized for its behind-the-scenes features on the making of some of the world's biggest games. It contained interviews and insights from developers in an age where that was much less common. Readers were also treated to the more technical side of gaming with occasional features that dove into software, programming, and modding.

Edge remains in publication to this day, both in its current form and with online features available via sister website Gamersradar.

Famitsu’s roots begin as a Famicom-focused article in Login which was a computer game magazine that was an extra issue of ASCII. In 1986, the first standalone Famicom Tsushin magazine shipped.

Famicom Tsushin was renamed to Famitsu in 1995 as the magazine pivoted its coverage to include games beyond the Nintendo universe. Modern-day Famitsu is known for great preview and review coverage. Video games are graded via “Cross Review” at Famitsu, with four editors giving 0-10 scores. A maximum score of 40 at Famitsu remains a coveted badge of honor for game developers.

The publication has outlasted many of its competitors and continues to provide great video game coverage to readers. It is an absolute honor to have Famitsu be inducted into the Shacknews Hall of Fame as part of our illustrious class of 2022.

In publication since 1991, Game Informer is one of the last video game-focused periodicals standing following the proliferation of blogs, journalistic websites, and streaming platforms. Debuting as a six-page magazine, “GI” was published bi-monthly until 1994. By the early 2010s, it had become the third largest magazine in the US ahead of TIME, Playboy, and Sports Illustrated. While the magazine owes some of that success to dwindling competition on newsstands, its connection to GameStop—whose success or failure largely determines the magazine’s fate—and its in-depth interviews and cover stories have solidified its reputation for quality content equal parts entertaining and informative.

Known by many as the creator and emcee of the annual The Game Awards show, Geoff Keighley has been active in the video game industry since 1994. He got his start as a journalist, writing deep dives into the history of companies such as Blizzard Entertainment and Valve, and hosting on G4tv.com. After hosting and helping to produce The Spike Video Game Awards, which aired from 2003 to 2013, Keighley grew disappointed with the show’s increasingly commercial-focused presentation and opted to create his own awards show. He invested $1 million to create The Game Awards, airing since 2014. Keighley has received offers from broadcast networks to host the annual awards show, but he turns them down, preferring to keep creative control.

As E3 continued its downward trend in the late 2010s, Keighley stepped away from hosting the E3 Coliseum and launched the Summer Game Fest in 2020. The annual three-month event features announcements, interviews, and previews.

In the Apple II’s heyday, several publishers capitalized on the PC’s popularity by producing magazines. These publications did more than advertise products. Many, if not most, included code listings for programs that users typed in themselves. This was how budding programmers such as id Software co-founders John Carmack and John Romero learned new commands, routines, and styles of coding.

InCider magazine was one of the most popular Apple II-centered magazines of its day. Romero’s first published game, Scout Search, appeared in the June 1984 issue. InCider ran until May 1989, and published dozens of code articles and feature columns that gave programmers a leg up in the burgeoning fields that made use of personal computers.

Launched in 1993 in the UK, PC Gamer is one of the longest-running PC-focused gaming magazines in publication. Future, the magazine’s publisher, maintains two editions: one in the UK, and another in the US. Many of the industry’s most prolific games journalists, including Rob Smith and Gary Whitta, helmed PC Gamer as editor-in-chief. The magazine’s demo disc, a fixture in the 1990s, included everything from PC utilities designed to facilitate smoother gaming experiences to shareware games. For a time, the demo discs were games in themselves, with users having to navigate virtual environments to install programs. Although demo discs are a relic, PC Gamer’s reputation for insightful and entertaining content continues through the magazine and its online home, pcgamer.com.

First published in September 1997 PlayStation Magazine was a fiercely independent take on the console and its many titles. Their reviews tended to be spot-on, their features were in-depth and their voice was unique and refreshing. It would appear that Sony agreed PSM was top-notch too and in 2007 the magazine went from being an indie source for PlayStation news to the man on the inside. That’s right, Sony bought PSM and it was renamed PlayStation: The Official Magazine. The team would continue to crank out coverage until the magazine was officially discontinued in December 2012, which probably has more to do with the rise of digital content than the quality of the work.