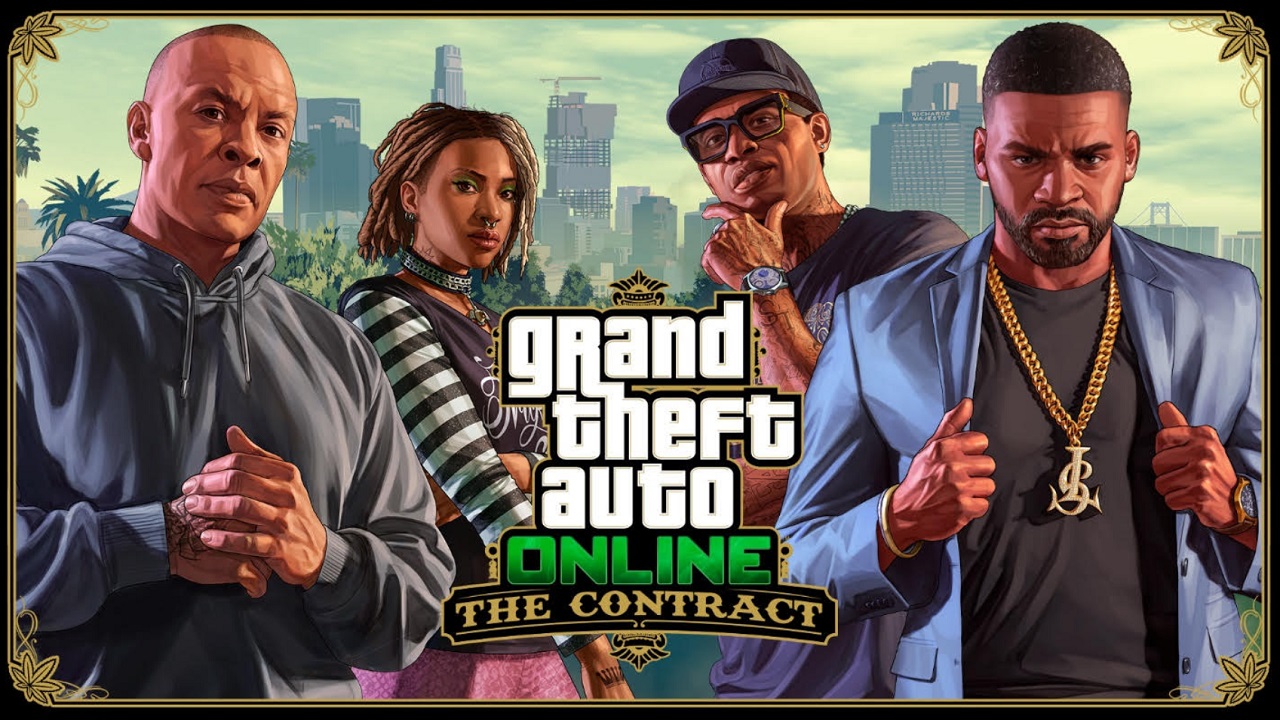 These days, Rockstar puts a lot into Grand Theft Auto Online, even up to the point where it’s calling back to the last main entry, Grand Theft Auto 5, for new content. Such is the case with the latest GTA Online update, which brings in The Contract story. It features Franklin Clinton from GTA 5 in a new venture full of fresh missions, as well as new music and a guest appearance by Dr. Dre.

Rockstar announced Grand Theft Auto Online’s The Contract story in a Rockstar Wire post on December 8, 2021. This latest content update brings Grand Theft Auto 5 protagonist Franklin Clinton back into play. It’s been a few years since the events of GTA 5 and Franklin is doing quite well for himself with the F. Clinton and Partner company, a “celebrity solutions agency” dedicated to helping Vinewood’s celebrity elite with “high-society problems.” Lamar Davis also makes a return, but the big one is a guest appearance of rap legend Dr. Dre in this episode. Not only does Dre lend new music to The Contract, but he also plays a role in the story.

This major guest appearance is quite out of the ordinary, even for Grand Theft Auto. We’ve seen plenty of popular music and voice talent brought to the game, but Dr. Dre might be one of the most high-profile guest collaborations with Rockstar Games yet. It looks like Dre’s story ties into the recent Cayo Perico content as well, with an apparent lavish rendezvous relieving him of his phone and putting it in some unfortunate hands. If Franklin wants to earn Dre’s trust as a client, players are going to need to help him along the way in a series of missions comes to GTA Online alongside new vehicles, weapons, and more features.

Grand Theft Auto Online’s The Contract content is set to release on December 15 on all available platforms. Stay tuned for more details, right here at Shacknews.