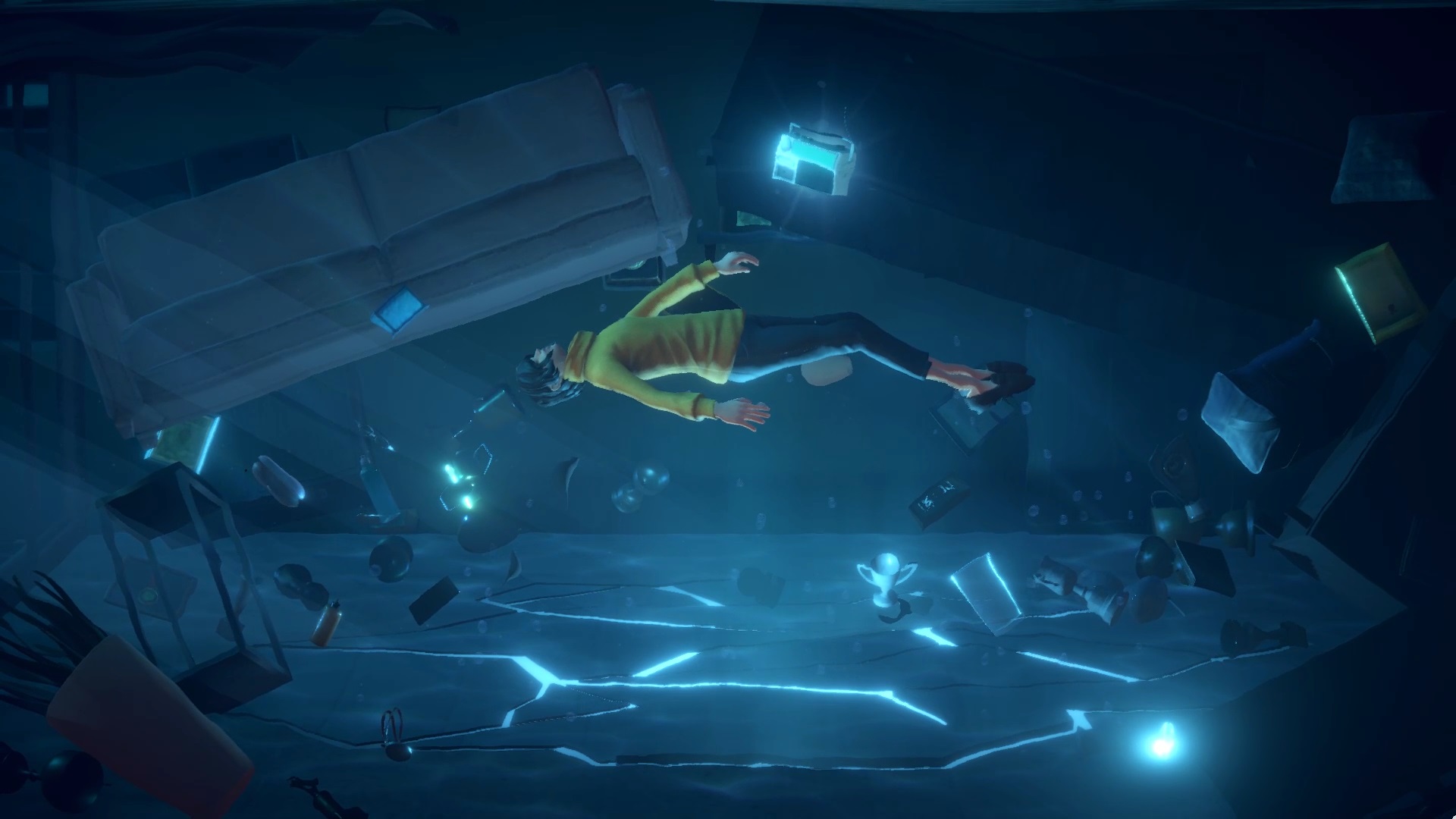 This year has seen Annapurna Interactive give opportunities to new voices to share some of their stories in gaming. This movement will continue into 2022 with several games, including A Memoir Blue, the debut title from the team at Cloisters Interactive. This story-based indie title has bounced around various festivals and shows over the last decade before it was ultimately picked up by Annapurna Interactive. Judging by a recent presentation to the press, it looks like it's almost ready to take players on an emotional journey.

A Memoir Blue follows a young woman named Miriam, a character loosely based on Cloisters founder and A Memoir Blue's creative director Shelley Chen, who has been reflecting on her past. While she has grown up to be a championship level swimmer, life wasn't always easy for her and her mother. She can recall the days in which her mother took her off to start a new life. Through the game, players will be able to relive these memories in an interesting way, exploring underwater environments and watching animated sequences come to life.

Members of the press were treated to A Memoir Blue's first two chapters, in which players meet Miriam and learn about her swimming accolades. This is also where players get a peek into the point-and-click style adventure aesthetic, but the story starts to go beyond that once they dive deeper into the story. There are several surreal moments infused into otherwise mundane actions, such as the appearance of fish as players move the ice cubes in Miriam's water and radio waves coming together to craft the shapes of objects.

Water is the central motif for A Memoir Blue's story. Beyond the rain outside of Miriam's apartment, water becomes present in nearly everything the player sees. Dream sequences will see Miriam completely submerged in a flooded apartment, as she embarks on a dream journey. It's a journey that serves to invoke Miriam's memories of her childhood and what ultimately led her mother to take her away from her living situation. All of these memories are illustrated with a hand-drawn art style, which clashes with the prevalent 3D environments.

Many of A Memoir Blue's puzzles look to be on the simple side, as the aim of this title appears to be storytelling and relaxation through the game's soothing, instrumental soundtrack. Players will piece together puzzles themselves without the aid of character dialogue or any other spoken word. Puzzles will revolve around objects, colors, light, and more.

It's interesting to note that Chen did not originally intend for the game to go much longer than these initial two chapters. However, with Annapurna Interactive helping fund the project and heavily promote it, A Memoir Blue will now cover this aspect of Miriam's life in a much broader scope. It won't be a 20-30 hour game or anything on that scale, but it won't be the short experience that it originally was when making the indie festival rounds, either.

A Memoir Blue looks like it will be a fascinating insight into a very interesting person's upbringing. The presentation to the press does make me hope that Annapurna Interactive and Cloisters will consider adding a director's commentary, which would greatly enhance the overall experience. Either way, this looks like it should be an indie title to watch out for in 2022. A Memoir Blue is coming soon to PC, PlayStation 5, Xbox Series X|S, PlayStation 4, Xbox One, Nintendo Switch, and iOS. It will also come to Xbox Game Pass on day one.