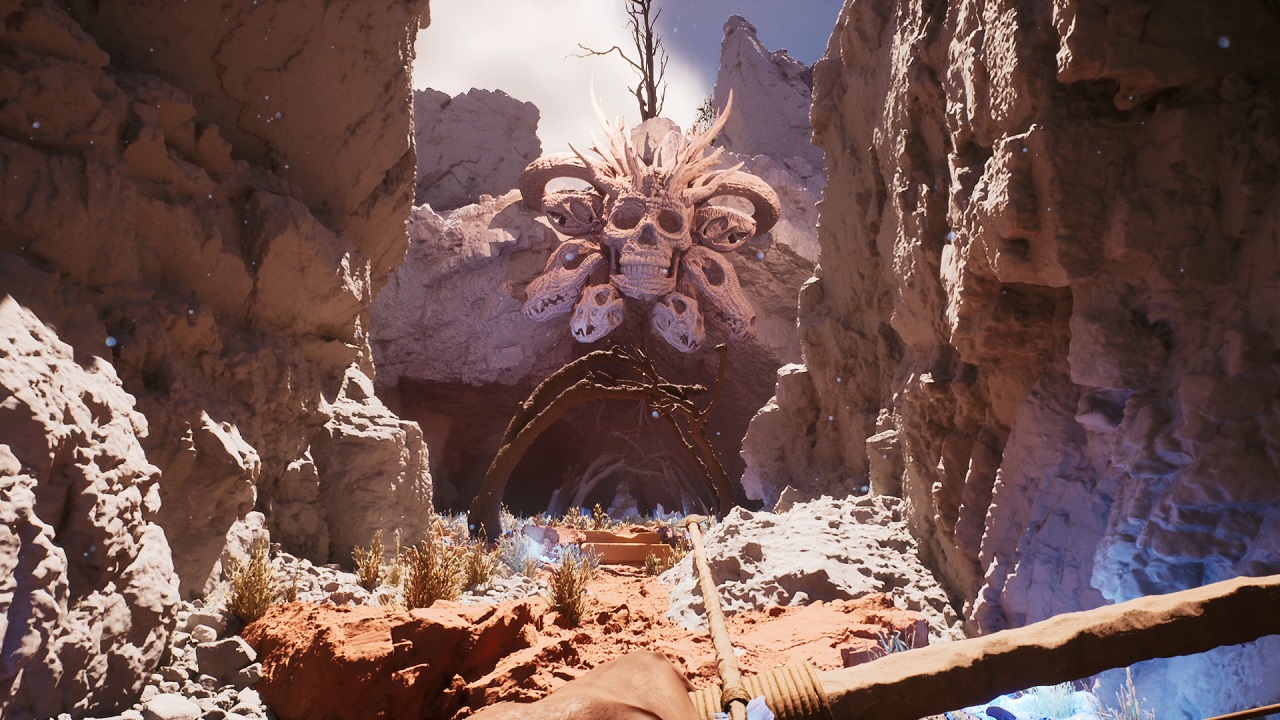 What if you had to survive in a world that bends inspirations of heavy metal and dark fantasy into its very fabric - a world in which you must hunt supernatural and mysterious beasts to survive and one in which dark magic is intertwined into nature? That’s what The Axis Unseen offers. It’s an open-world hunting game from the mind of former Bethesda developer and Shacker faithful Nate Purkeypile coming to PC.

Just Purkey Games introduced us to The Axis Unseen with a reveal trailer on December 2, 2021. A longtime veteran of Bethesda, Nate Purkeypile worked as a developer and artist on the likes of The Elder Scrolls 5: Skyrim, Fallout 3, Fallout 4, and Fallout 76. He has since moved on from Bethesda to venture into solo work and The Axis Unseen is his first project under the indie banner of Just Purkey Games. It’s a game that will take players to a heavy metal fantasy-inspired world in which they must hunt supernatural and deadly beasts and discover secrets of the land to survive.

Many may recall that Nate Purkeypile also joined Shacknews earlier this year on the Indie-licious E5 panel in which we discussed the state of indie gaming along with the assistance of various developers and professionals in the industry. Purkeypile teased his project there and has been working on it throughout the year, building The Axis Unseen entirely in the new Unreal Engine 5. With an increased level of quality and tools offered in said engine, Purkeypile has told us before that it was an exciting opportunity for him as he ventured into indie game development. Arguably, it shows in the vivid environmental designs that can be seen in early looks of The Axis Unseen as well.

The Axis Unseen is currently slated for a PC release. There is no word on when, but you can look forward to further coverage as more details become available, right here at Shacknews. In the meantime, the game can be wishlisted now at its game pages on Steam and the Epic Games Store.