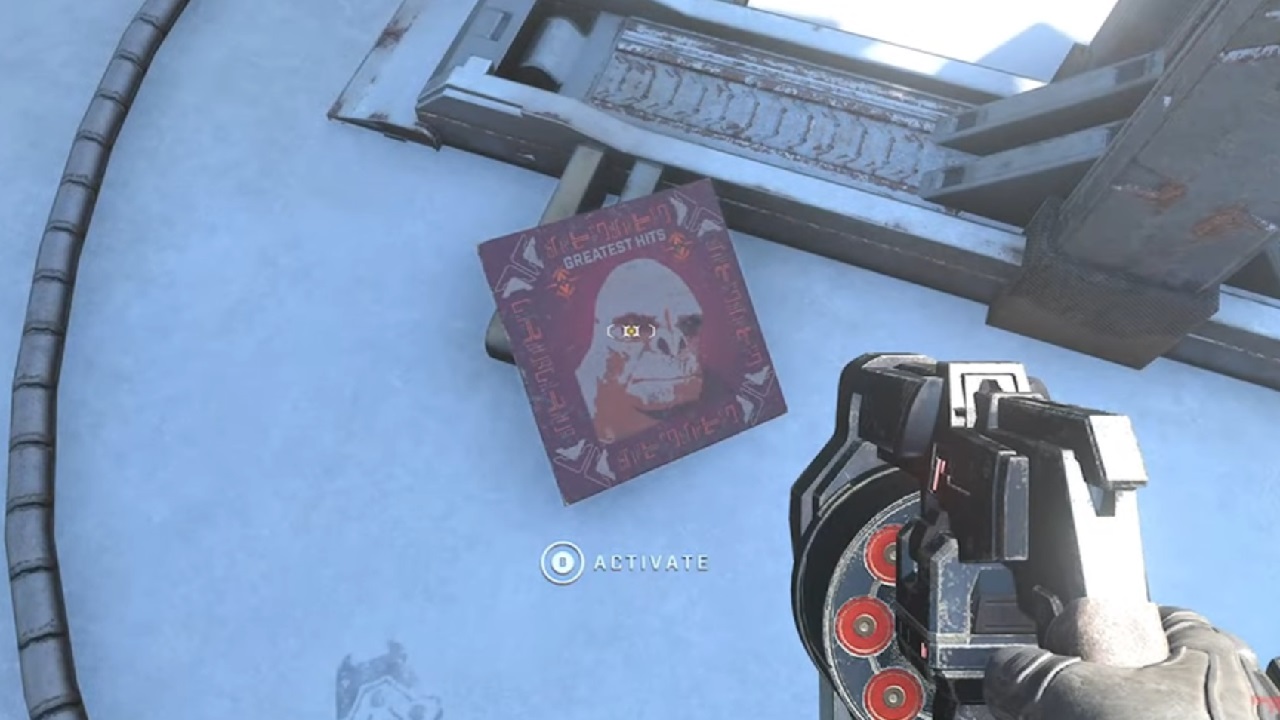 It has to be tough for a developer to take a mishap that blows up on internet social media and shrug it off or joke about it as you go. In Halo Infinite, that seems to be the Craig meme. The unfortunate-looking brute that viewers once judged the entire quality of Halo Infinite on became a running joke alongside the game. Now, it seems the Brute affectionately known as Craig has become an immortal part of Halo Infinite, or at least an easter egg in early builds going out right now.

Recently, YouTuber Mint Blitz shared a video detailing a fun discovery they found while exploring an early build of the Halo Infinite campaign. Apparently, one mission has a special secret on the top of a building, requiring some grappling hook work to get to. Once there, a memorial to the Brute known as Craig can be found. It appears on a memorial board and even features a vinyl record album with Craig’s derpy face and a number of lyrics related to the meme on the back. You can see the location of the easter egg and all that it entails

It’s interesting to see 343 Industries turn the Craig Brute meme into something positive. It seems like only yesterday, the studio was under a rash of criticism for the look of one particularly odd duck Brute’s face when we were introduced to the campaign, but Halo Infinite has moved quite a ways beyond that and, in many ways, arguably for the better. The Halo Infinite multiplayer beta has launched with Season 1 and players are enjoying what the PVP has to offer as we wait for the full v1.0 launch in December.

Nonetheless, we won’t forget Craig and it seems 343 Industries won’t either. At least they seem to have taken it on the chin and made something fun out it. Stay tuned for further Halo Infinite coverage and updates right here at Shacknews.