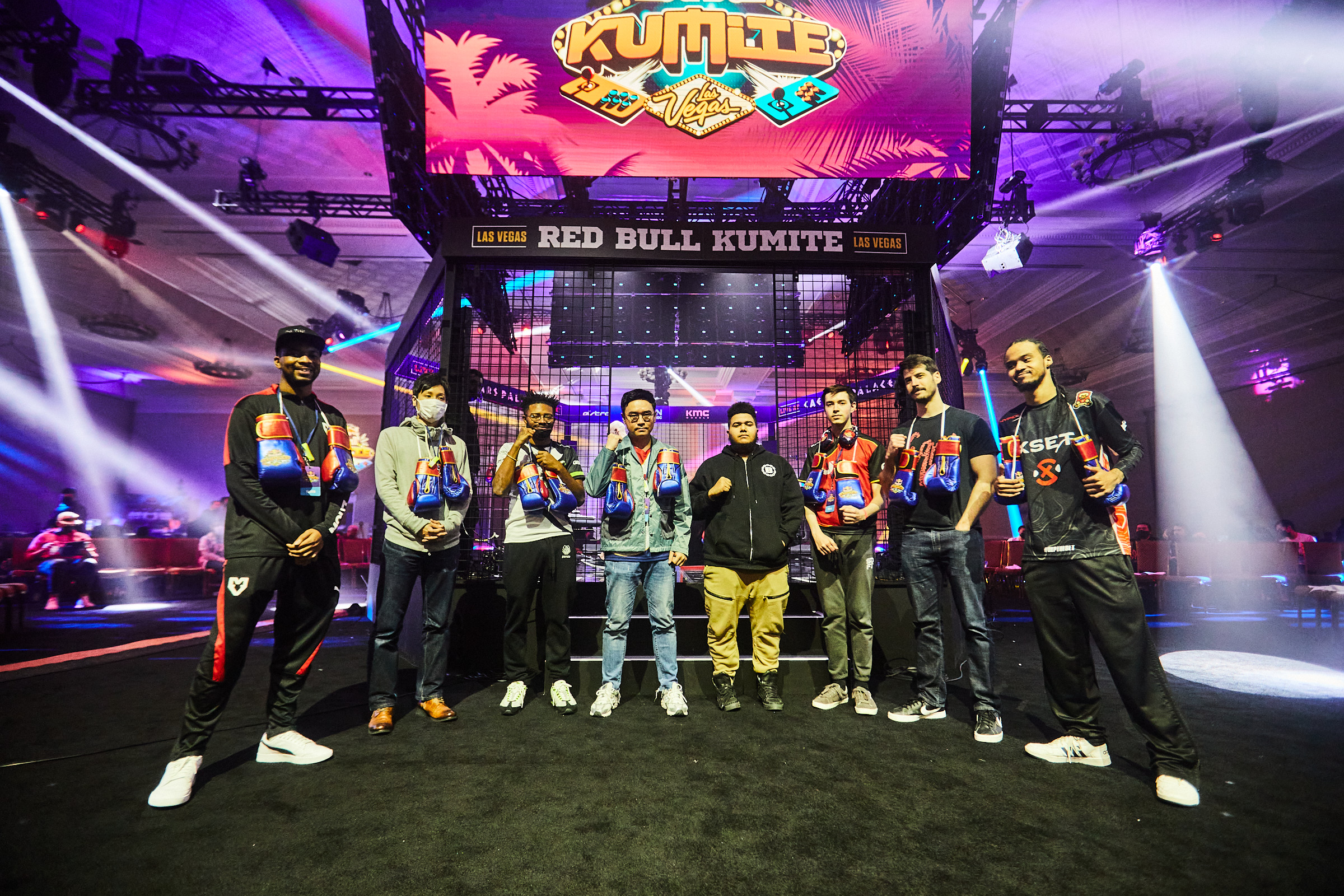 Whereas the Guilty Gear Strive and Tekken 7 tournaments featured 8 players, Street Fighter 5 doubled that count with 16 competitors duking it out for the most coveted trophy at Red Bull Kumite. To kick things off, the fighters were randomly sorted into four different pools.

In the group stage, players went through a round robin format, getting a rack at several of the other players in the tournament, looking to finish with a record good enough to qualify them for the playoffs. One of the biggest stories throughout the tournament was ChrisCCH, who secured a spot in the competition earlier this weekend by coming out of the LCQ (last chance qualifier). Not only did ChrisCCH post a solid performance in the Group Stage, he earned himself a spot in the Top 8 playoffs. ChrisCCH went on to knock off Brian_F 3-2 in what was the most exciting match of the Quarter-Finals.

On the other side of the playoff bracket, Idom dominated Yossan, finishing with a score of 3-0. He did so with an insane performance as Laura, an uncommon pick at SF5 events. The final match of the Quarter-Finals saw a long time rivalry rekindled as Problem X and Punk met in the hexagon. Problem X got the better of Punk, taking him out 3-0.

ChrisCCH’s Cinderella story would end in the Semi-Finals at the hands of NL, who showed off some excellent Cammy play when he eliminated ChrisCCH 4-1. Problem X earned himself a Finals berth when he defeated Idom 4-2, ending the 2019 Capcom Cup winner’s run at Red Bull Kumite.

NL and Problem X’s Finals showdown was just about everything fans could have hoped for. NL jumped out to an early lead, taking the first three games. With his back against the ropes, Problem X came storming back, not only tying the set, but winning 5 straight games and taking home the trophy and title of Street Fighter 5 Champion at Red Bull Kumite.

Red Bull Kumite 2021 in Las Vegas came to an end with Problem X’s triumphant comeback win over NL. If you missed out on the action of day one’s Guilty Gear Strive and Tekken 7 action, we’ve got coverage of that for you too. Stick with Shacknews for the biggest stories in esports.