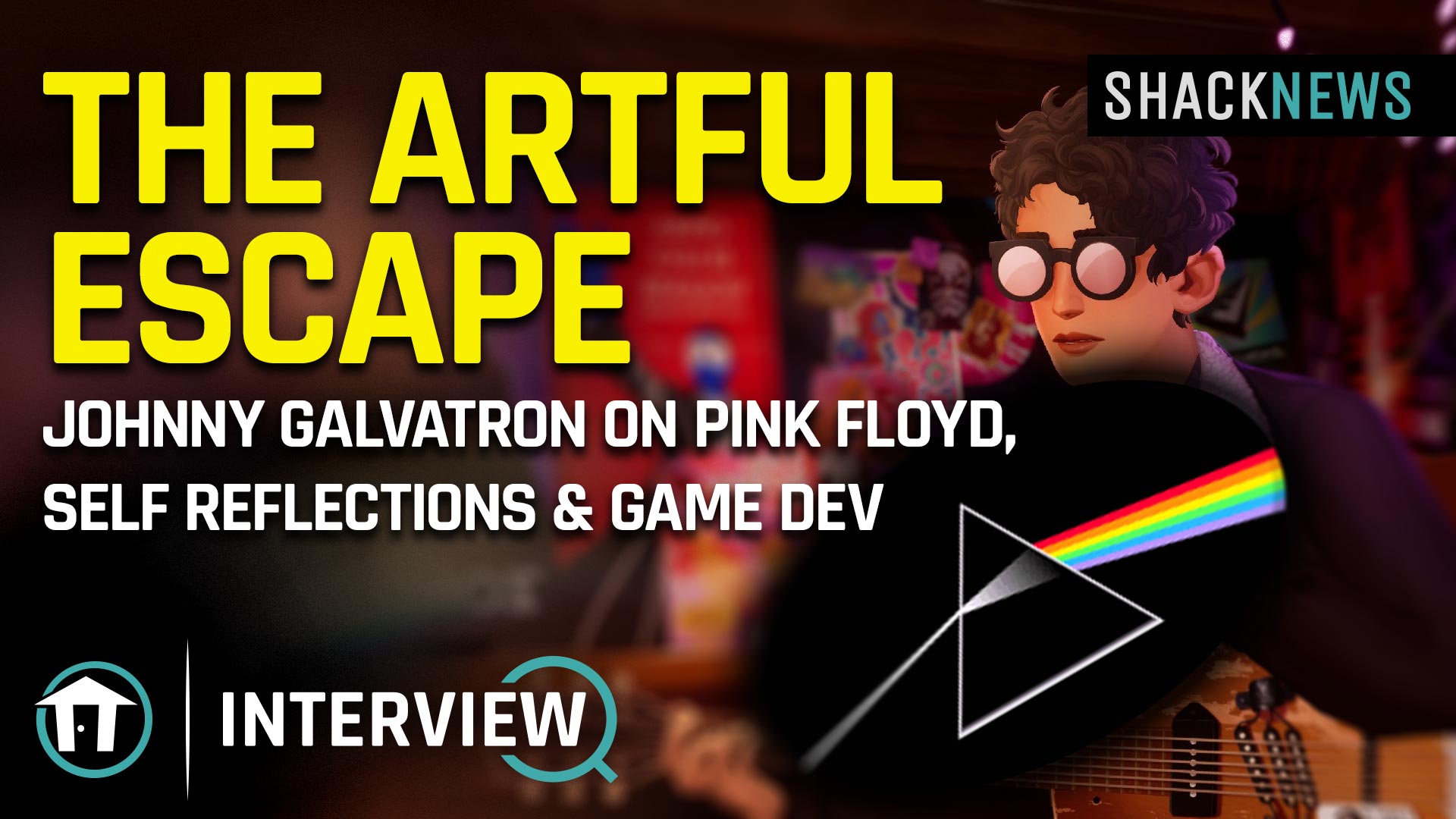 The Artful Escape is an upcoming musical adventure by Beethoven & Dinosaur that takes players on a journey to discover the perfect stage persona for lead character, Francis Vendetti. We recently got to sit down with top bloke Johnny Galvatron to discuss all things Artful Escape. Brace yourself, because we dive deep into the philosophy of the music industry, the perception of what it means to be a rockstar, and everything in between.

Part of the mystery and fantasy that surrounds The Artful Escape is that it comes from the mind of Johnny Galvatron, a bombastic Aussie who had his own band. Going from the music industry to the video game industry isn’t what most would consider to be a natural next step, so our own Ozzie Mejia wanted to dig into how the two relate.

Johnny gave us a look at what his life was like as he entered the music industry and then what life entailed for him after he left. After writing a novel, he quickly changed gears. “I started writing this concept of a game that was my fantasy version of what I thought the music industry and being a rockstar was going to be when I was seventeen” Johnny says. It seems like The Artful Escape is more a representation of the feeling of being a rockstar in contrast to reality.

There’s so much goodness here to unpack as Johnny touches on how music has changed over the years. It was once the “torchbearer of youth and popular culture” as Johnny puts it, and now that responsibility has seemingly shifted to video games.

The Artful Escape is set to release on September 9 of this year across PC, Xbox Series X/S and Xbox One. If you like what you heard here, you can find more developer interviews on the GamerHubTV YouTube channel. For gameplay, reviews, and guides, head over to the Shacknews YouTube channel. Subscribe to both while you’re there so you don’t miss any of the content we put out.