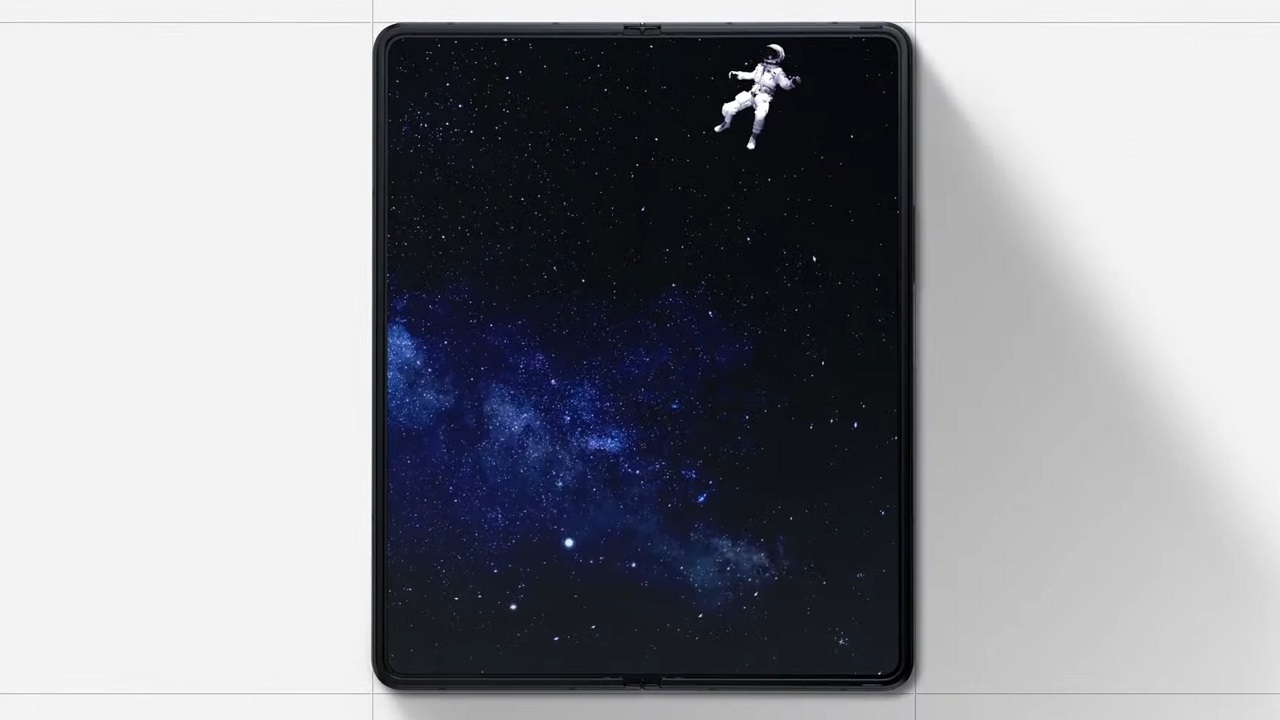 The Galaxy Z Fold3 foldable smartphone was announced during the Galaxy Unpacked presentation on August 11, 2021. This is an all-new version in the Z Fold series, featuring a 7.6-inch overall screen when unfolded. It also reworks the camera by placing it under the display and allowing the screen to display pixels. It’s the first under-display camera offered in a smartphone. There will be 256GB and 512GB versions of the Z Fold3 in Phantom Black, Silver, and Green colors, and it will be available on August 27, 2021, starting at $1799.99 (256GB) and $1899.99 (512GB). Pre-orders are available now.

Maybe the most interesting feature is the under-the-display camera. Previous Samsung Galaxy folding smartphones and other brand folding phones place an inside camera prominently on the display, making the pixels work around it and leaving a camera-shaped hole in the viewing and interactivity. This new design fixes that, making the screen seemless and without a glaring omission of interactive screen space. The small tablet-sized screen offers a solid video viewing or gaming experience. Regardless of what you want to do with the device, and especially on that latter end, you now won't have a spot at the top in which you cannot interact in games.

With the Samsung Galaxy Z Fold3 coming at the end of this month, stay tuned for further coverage on pricing and release. Be sure to check the product page for ways in which you can reduce the price through trade-ins if you want to go in on it.