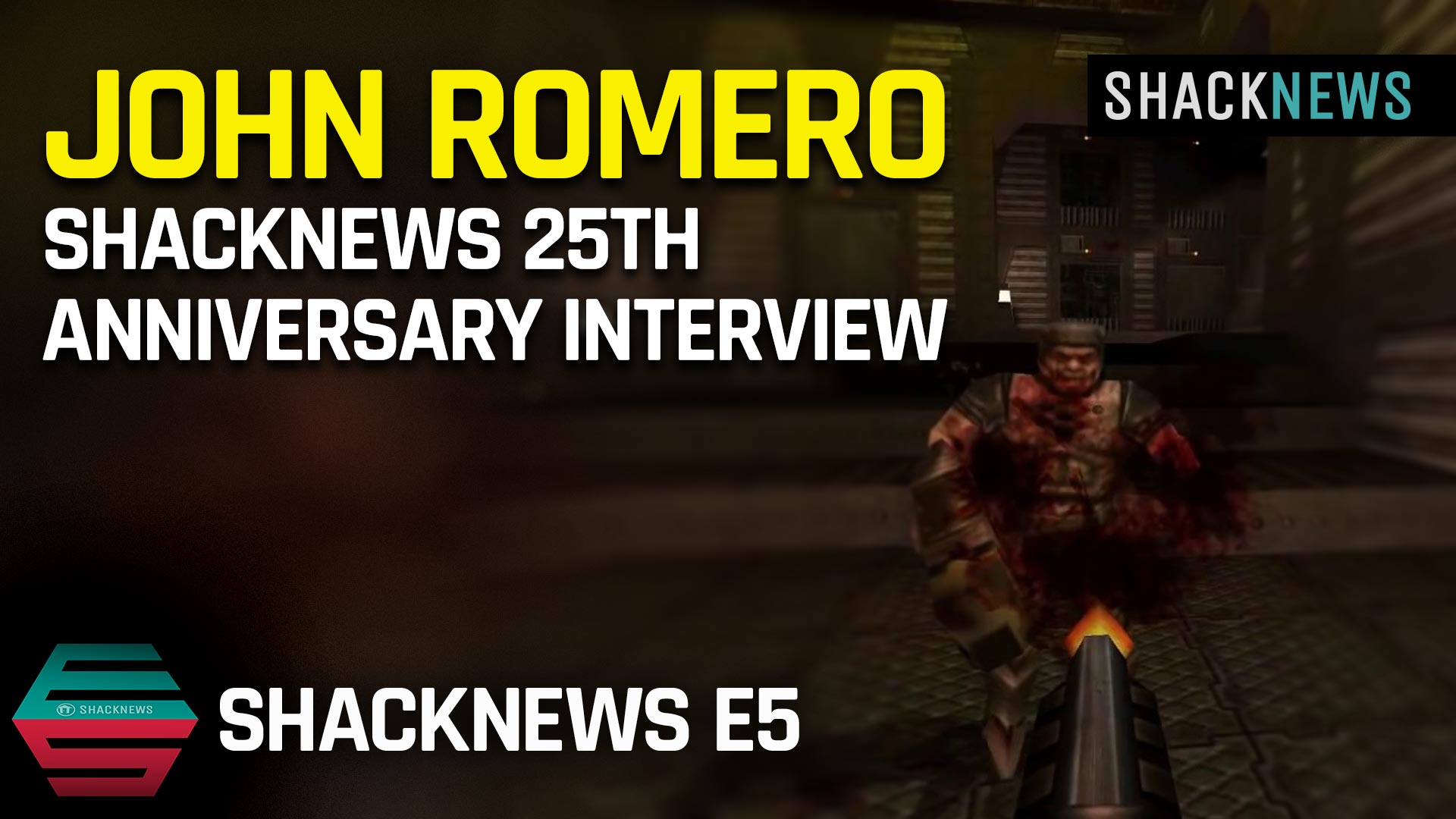 John Romero is a legend of the video game industry. Most known for co-founding id Software and developing games like Quake and Doom, Romero has had a profound influence on the video game world across several decades. We had the honor of speaking with the iconic game developer as a part of our Shacknews E5 2021 celebration. Please, take a look.

Our interview with John Romero was premiered during day 2 of our E5 2021 livestream. Here, we talked with Romero about his rich history in the gaming industry, all the way up to his latest endeavors. It’s an excellent conversation for any game historian or anybody that’s simply fascinated by the art of video game development.

In case you don’t know, Shacknews actually shares quite a bit of history with John Romero. We originally began as a Quake website back in 1996, which of course Romero was a lead designer on. The Romero family were frequent users of the website, and the relationship between Shacknews and the Romeros is present to this day. Brenda Romero spoke to her history with Shacknews during an interview featured at E5.

This all went down as a part of Shacknews’ E5 celebration, an ongoing event where we’re celebrating the gaming industry and the brilliant minds within it. For more exclusive content, be sure to follow us on Twitch and subscribe to Shacknews on YouTube.