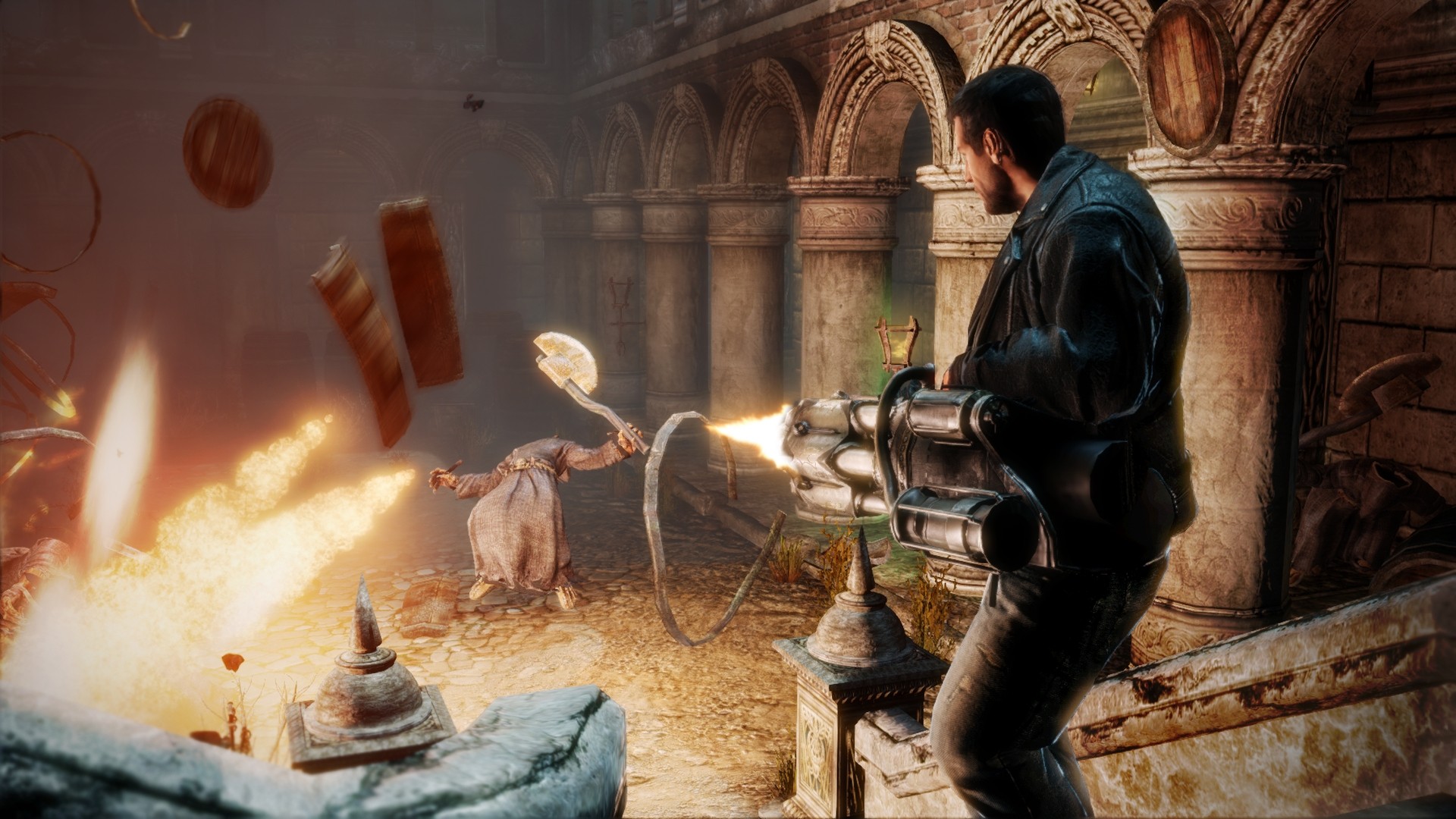 On Thursday, German company Koch Media revealed Prime Matter, a new publishing label that will house more than a dozen game developers from around the world. One of those developers is Saber Interactive, the team behind a handful of some of gaming's most recognizable ports. However, Saber's currently working on something new and it's sure to excite the PC gaming crowd. It now appears that Saber is hard at work on a new entry in the Painkiller franchise.

For those who looked at today's Payday 3 story and thought, "That's not a lot of information," then I have some news for you. There's even less information about the new Painkiller. There isn't even so much as a screenshot. The screens you're looking at in this story are from 2012's Painkiller Hell & Damnation, which was developed by The Farm 51.

Literally the only known fact about the next Painkiller is that it's coming from the Saber Interactive team and will likely follow a new character caught in the war against Lucifer and the forces of Hell. Saber Interactive is also working on a Nintendo Switch port of Kingdom Come: Deliverance, which is set to release soon.

While Prime Matter didn't have much to say about the new Painkiller, other than its existence, this isn't the last we'll be hearing from them this week. This Friday at 12:00 p.m. PT, Prime Matter will take center stage for Koch Primetime, which will air during Geoff Keighley's Summer Game Fest. Whether they have anything else to say about Painkiller remains to be seen. For now, Shacknews will keep an eye out for any further news from Prime Matter, as well as the many other game publishers, over the E3 2021 weeks ahead. Stay tuned for the latest.