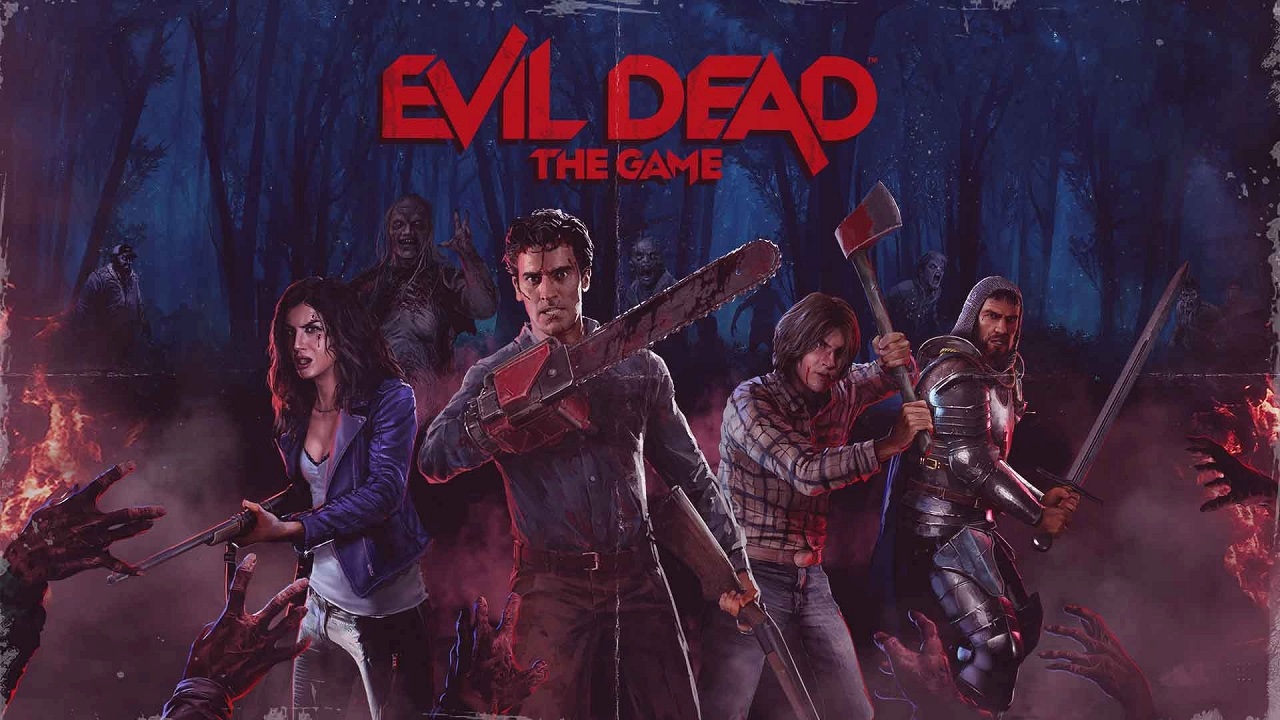 One of the more interesting gaming prospects around the corner has been the announcement of Evil Dead: The Game, which brings the entire franchise together in one chainsaw-wielding Deadite splatterfest. It’s been a while since we heard anything new about the upcoming interactive adventures of Ash Williams and friends, but it looks like we’re getting something new very soon. Not only was new cover art revealed for the game, but we also learned that a gameplay premiere will be coming during Summer Game Fest.

Saber Interactive and Boss Team Games revealed the new cover art and announced the upcoming gameplay premiere via the Evil Dead: The Game Twitter on June 9, 2021. According to the developer and publisher, the game will make an appearance on the Summer Game Fest slate of reveals on June 10, 2021 at 11 a.m. PT / 2 p.m. ET. We’ve previously seen looks at the characters that will be in the game, featuring appearances from the original Evil Dead movies, Army of Darkness, and even the more recent Evil Dead Netflix series, but we’ve yet to see exactly how the game plays up until now.

Feast your eyes on the official cover art for EVIL DEAD: THE GAME

Be sure to tune in tomorrow @ 11am PT / 2pm ET to witness the world premiere of the first Gameplay Trailer exclusively at @summergamefest pic.twitter.com/6GKoSKgrya

Originally announced during The Game Awards 2020, Evil Dead: The Game was a pleasant surprise to see during the show’s events. From the trailer and descriptions we’ve seen so far, there’s going to be various ways to play, including up to four player PVE gameplay, as well as PVP gameplay in which players can take control of some of Evil Dead’s iconic monsters and villains to thwart and destroy the survivors (if they can).

That said, fans of the Evil Dead series are sure to get a cool and illuminating glance at what we can expect in the game when it goes live on the Summer Game Fest showcase tomorrow. Stay tuned for all of the E3 2021 coverage and reveals here at Shacknews.