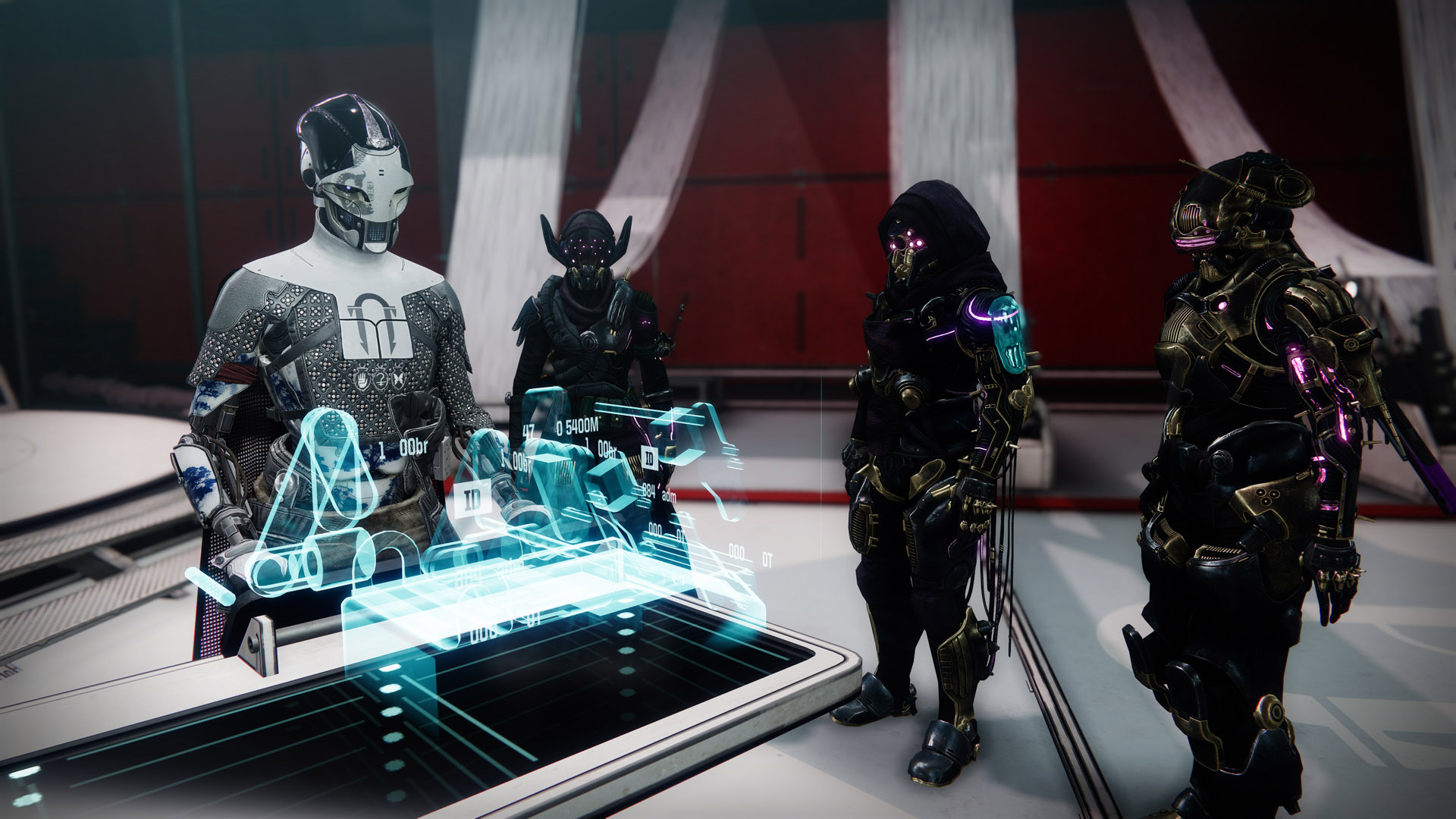 Tying It All Together is another armor ornament quest in Destiny 2. This quest focuses on how players acquire the new resources and how they function in creating the armor ornaments. Completing this quest grants access to unique bounties from Ada-1 and the ability to earn Synthweave.

Tying It All Together quest

During Season of the Splicer, the Tying It All Together quest is only available after completing the quest, Armor Synthesis Introduction. The Synthweave part of the new armor ornament (transmog) system can be quite complex at first, but this quest aim to make things a bit clearer.

Speak with Ada-1 to claim the quest. You will need to also accept the Synthweave Bolt.

With the Synthweave Ada-1 gave you, use the new Customization section to create an ornament of a piece of Legendary gear you’ve unlocked.

To do this, open the character menu and go down to the menu where your Sparrow and Emotes are located. There is a new icon on the right called Appearance Customization, select this.

In this new screen, select an armor slot on the left you wish to create an ornament for. The screen will change, showing you two boxes, one for a Shader and the other fro the ornament or armor piece you have equipped.

Highlight the armor piece to see every single Legendary item for that slot you have unlocked. Find one you like the look of and then hold the unlock button. This will create an ornament that looks like the piece of armor you selected. This process uses Synthweave Bolt.

Go and chat with Ada-1 again to get a Large Spool of Synthstrand. This is used to purchase Armor Synthesis bounties (Threaders) from Ada-1.

Talk to Ada-1 again and buy an Armor Synthesis bounty. There seems to be some general chatter among the community that the Destination Threader is a good option. In saying this, you can always pick something you prefer.

Step 5: Complete your Threader Bounty and claim its reward

You will now need to complete the Armor Synthesis Bounty and claim its reward. Go and complete whatever it tells you to do. The example here requires Altars of Sorrow chests.

Go back to Ada-1 and use the Loom behind her to turn your Synthcord from the bounty into Synthweave.

You must now get enough Synthstrand to buy another bounty. You can get 1 Synthstrand by killing one enemy every 2 minutes. This means it takes at least 300 minutes to get the 150 Synthstrand needed for a bounty. Good luck. Just get out there and keep playing and you’ll eventually complete a bounty – it’ll just take about 5 hours to do it.

Just head back to Ada-1 to complete the Tying It All Together quest.

The Tying It All Together quest gives Destiny 2 players a little insight into the huge grind ahead of them. Getting enough resources to create ornaments out of Legendary armor will take hours of effort, with some Redditors crunching the numbers on how long it will take each Season. Hopefully Bungie addresses this in the future, but for now, expect to be playing Destiny 2 a lot if you want to get into the fashion side of things. Stop by the Shacknews Destiny 2 Guide for even more help with every aspect of the game.